How to use a growth chart 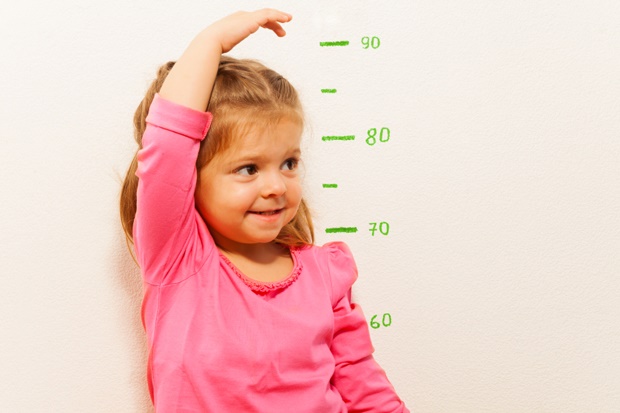 For a full-term baby, the following would be normal:

Normal growth for babies and children would be:

On your child's Road to Health chart, there are 4 clear curves or "roads".

Thousands of children have been weighed and measured over the years to find the average weight and length for children at certain stages.

This average has become the 50th percentile curve, and it means that out of 1,000 children, roughly 500 would be above and 500 below this curve.

However, don't pay too much attention to where you chart measures on the growth chart. Instead, focus on the rate at which he is growing. As long as he stays on his own personal growth curve – whether this curve is under or above the 50th percentile curve – then is development is normal.

But children shouldn't measure below the lowest curve – then he would be severly underweight. Another indication that your child isn't growing well is when his weight or length curve flattens out or dips over a period of 2 months, or a series of measurings.

Your clinic sister or health practioner would indicate whether there is reason to worry, and give advice or refer you to a doctor.

We live in a world where facts and fiction get blurred
In times of uncertainty you need journalism you can trust. For 14 free days, you can have access to a world of in-depth analyses, investigative journalism, top opinions and a range of features. Journalism strengthens democracy. Invest in the future today. Thereafter you will be billed R75 per month. You can cancel anytime and if you cancel within 14 days you won't be billed.
Subscribe to News24
Related Links
WHO growth charts for boys and girls, birth to 5 years
Does head size matter?
WHO or CDC growth chart?
Next on Parent24
WATCH | Cardi B reveals her four-month-old son is already speaking