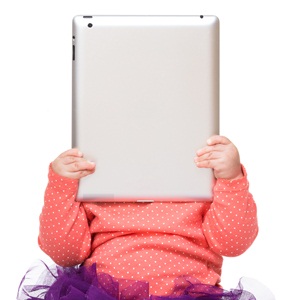 You’d expect that in Steve Jobs’ home everyone would have been nose-deep in their devices, but a recent New York Times article has revealed the opposite: journalist Nick Bilton asked Jobs in a 2010 interview (when iPads were just taking off) if his kids enjoyed playing on the iconic tablet. His response? He said that his kids hadn’t used it, and that they limit how much technology the kid use at home.

What's up with tech parents?

If you let that sink in for a moment, you’ll realise what an astounding statement it is. In just a few years since the release of the iPad, the home environment has become saturated with digital devices of all sorts. Yet here is one of the drivers of that social revolution insisting that having his kids reading books and conversing around the dinner table was more valuable to him as a parent.
Bilton goes on to remark on several other tech company heads and how they echo Jobs’ attitude: they tend to limit access to gadgets during the week and often have strict rules about how many hours (or half-hours) their kids may use gadgets.

Another rule that every single one of the tech parents had: no screens in the bedroom. At all.
Some of the parents cited the dangers common to all online users as the main reasons for avoiding or limiting access to gadgets: exposure to explicit material or online bullying and then also that these parents didn’t want their kids developing device addictions.

It’s 2014 but the challenge remains for parents. Parents want to expose their kids to technology in order to help them in a world increasingly reliant on devices. Even schools are becoming tech-centred, many have Wi-Fi hotspots and even tablets for kids.

There remains a tension in this decision-making process. Some experts advocate for no screen time whatsoever for toddlers, and yet the app stores are awash with playful, educational games. Schools are rolling out tablet-based learning and teens are heading towards study and work environments where exposure to technology is crucial.

A tablet is not something lethal like a gun which shouldn’t be in the hands of children. Managed correctly and with supervision it can be extremely valuable.

Is a tablet like a sweet treat, then, to be allowed once a day or week? Not really. It’s as practical as you make it. Parents are becoming more sophisticated than before when it comes to managing the content to which their kids are exposed, with many using parental controls to limit which sites their kids may visit.

This generation of parents grew up in a world where technology- PCs and cell phones- grew up with them, but it’s easy to imagine that at the pace technology is growing, children will face an entirely different technological landscape in just a few years’ time.

Here’s a thought: What if even the great visionary Steve Jobs could not foresee the reach of his own designs?

No matter what the implications of technology are, some parenting truths remain: moderation is worth retaining, whether you’re talking about sweet treats or access to technology. And the reading of books is still a decent interest for children to acquire.

What do you think? How much time (if any) should children spend on tablets and other mobile devices depending on their ages?

We live in a world where facts and fiction get blurred
In times of uncertainty you need journalism you can trust. For 14 free days, you can have access to a world of in-depth analyses, investigative journalism, top opinions and a range of features. Journalism strengthens democracy. Invest in the future today. Thereafter you will be billed R75 per month. You can cancel anytime and if you cancel within 14 days you won't be billed.
Subscribe to News24
Related Links
4-year-old technology addict
How much technology is good?
Next on Parent24
My story of gentle weaning