Tantrums vs Meltdowns: When should you be concerned? 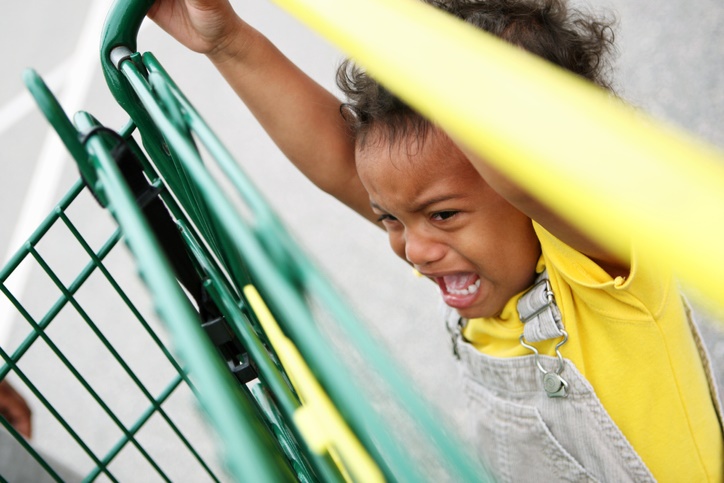 If your child is struggling to regulate his or her emotions and full-blown meltdowns are happening more frequently than you’d like, consider what’s been happening in their life.

Parents are reminded constantly that toddler tantrums are developmental and should pass with time. There’s always talk about tackling the ‘terrible twos’, dealing with a ‘threenager’ and then navigating the ‘effing fours’… And by 5? Oh, you know, they grow out of it.

But what if they don’t? When should you be concerned about your toddler’s tantrums and how do you know when you need to to seek out professional help?

"Firstly, it’s important to distinguish between a tantrum and a meltdown," says registered children’s counsellor and play therapist Phillippa Morassi.

"A tantrum is when your child screams, shouts and perhaps even thrashes about because they want something and you, their parent, said no. As we know with little people, they want what they want when they want it and, most of the time, delaying that – even by five minutes – doesn’t work for them. They need instant gratification," she explains.

Drawing from personal experience with her three-year-old, Aurelia, Phillippa explains that meltdowns are distinctly different from tantrums. After finalising an amicable divorce in 2018, she and Aurelia packed up their Johannesburg home and immigrated to the UK to be with Phillippa’s family.

Must read: Are my pre-schooler's tantrums normal? A psychologist answers

The key difference between a tantrum and a meltdown

Once the novelty of the new move had worn off, Aurelia’s everyday tantrums evolved into full-blown meltdowns. "She was beside herself, screaming as if she was being murdered. Her eyes glazed over and she wasn’t make sense anymore, taking nothing in from the environment," says Phillippa, adding that no words or external input was sinking in.

"That’s the key difference between a tantrum and a meltdown. During a tantrum your toddler is still conscious about what he or she is fighting about. They can probably still verbalise their unhappiness and tell you what they want or don’t want, even if it’s loud and aggressive. But a meltdown is that one step further – they stop taking input and completely spiral out of control."

So what do you do when your toddler’s tantrum escalates into a full-blown meltdown?

"There is no point reasoning with a child who’s having a meltdown. As a parent, you need to wait it out and be patient. Sometimes Aurelia just needs me to hold and hug her while she cries. Other times she definitely doesn’t want to be touched and hugging her would be encroaching on her space. You need to read the situation," explains Phillippa.

"Once Aurelia and I were settled in our own space and in our new house, the meltdowns happened far less frequently. She had her own bedroom, life was becoming a bit more stable and I was probably a bit more relaxed," says Phillippa.

If your child is struggling to regulate his or her emotions and full-blown meltdowns are happening more frequently than you’d like, consider what’s been happening in their life. Have there been any big changes at home? Separation or divorce? A death in the family? A big move to a new home? A new school or sibling? Often, even the way you as a parent deal with stress can impact on your child.

"Children are perceptive little beings and they pick up on your energy. If I’m having a particularly bad day Aurelia immediately senses it. If I’m around people who make me tense, she can tell and her behaviour changes," says Phillippa.

When do you need professional help?If your child is doing anything that causes harm, such as biting himself or others, banging his head out of frustration or lashing out aggressively, it’s best to seek out professional advice from a counsellor, child psychologist or play therapist.

"Simply put, we consider whether a child is functional or dysfunctional. If they are able to get through an ordinary day doing ordinary things – brushing their teeth, going to the park, or going to the shops – without having a tantrum or a meltdown every time, they’re considered functional."

"However, if your child seems overwhelmed by seemingly ordinary things and is unable to regulate their emotions in a normal situation, you might need some help and guidance from a professional. It could be that they’re struggling to regulate their emotions due to overwhelming auditory or sensory input and they need some strategies to help them cope," advises Phillppa.

Tackle the chaos with calm

There are times when even we as adults struggle to regulate our own emotions. Few parents can say they’ve never lost their temper or broken down due to overwhelm.

"It’s hard enough for adults to keep it together all the time, so why should we expect our children to manage their emotions when we don’t always get it right?" asks Phillippa.

Quoting LR Knost, she adds that the best thing a parent can do when little people are overwhelmed by big emotions, is to share our calm with them and to not join their chaos.

"It’s easier said than done, especially in the moment, but taking a step back to consider what is overwhelming your child (before shouting or administering punishment) is a good way to start combating those tantrums," she says.

Are you struggling with a tantruming toddler? Tell us what your child does in the midst of a tantrum and what you do to cope.

Share your story with us, and we could publish it. Anonymous contributions are welcome.

Would you use "productivity and task-management software" to manage your home?

How to deal with difficult behaviour in your children

We live in a world where facts and fiction get blurred
In times of uncertainty you need journalism you can trust. For 14 free days, you can have access to a world of in-depth analyses, investigative journalism, top opinions and a range of features. Journalism strengthens democracy. Invest in the future today. Thereafter you will be billed R75 per month. You can cancel anytime and if you cancel within 14 days you won't be billed.
Subscribe to News24
Next on Parent24
Toddlers missing milestones due to too much screen time