10 modern-day heroes who are inspiring our kids When I was younger I remember wanting to grow my hair out to be as long as Rapunzel’s, wearing dresses that poofed like a cupcake so I always looked like I was going to a ball and parading around the house in plastic heels.

Growing up I wanted nothing more than to be a princess, inspired by the films I watched over and over again and the cartoons I’d voluntarily wake up for early on a Saturday morning.

Today the shops are overflowing with character clothes and costumes and kids dress up as their favourite characters every day.

You can help your kids to embrace the best of these characters – and the actors portraying the heroes – by highlighting the lessons we can learn from them.

T'Challa, king of the technologically advanced Wakanda, rises to the throne and must make hard decisions on how to lead his country and what to do with its resources that could change the world.

He eventually comes to the conclusion that it is important to help others, saying, "We will work to be an example of how we, as brothers and sisters on this earth, should treat each other. Now, more than ever, the illusions of division threaten our very existence. We all know the truth: more connects us than separates us. But in times of crisis the wise build bridges, while the foolish build barriers. We must find a way to look after one another, as if we were one single tribe." Christopher Reeve, who played Superman decades before Henry Cavill took on the role, faced many challenges in his life after becoming a quadriplegic.

But he taught us to never give up, saying, "I think a hero is an ordinary individual who finds strength to persevere and endure, in spite of overwhelming obstacles." Beauty and the Beast is a tale as old as time. But since the live action film starring Emma Watson aired in 2017, every little girl seems to want to be Belle. And she’s not exactly the worst princess to want to be.

No one seems to quite understand Belle, calling her “strange” and a “funny girl” as they sing, “Look there she goes, the girl is so peculiar. I wonder if she's feeling well. With a dreamy, far-off look. And her nose stuck in a book. What a puzzle to the rest of us, is Belle.”

She also loves to read which, in the story, men think is completely outrageous.

But it’s not such a bad thing to raise little girls who constantly have their nose stuck in a book. Who says they can’t want to be a princess and a ridiculously smart bookworm as well? Someone's sure to appreciate them.

But Belle is also brave, as she takes her father’s place when he’s captured by the Beast. She’s bold and stands up to the Beast and she knows she's destined for bigger and better things. 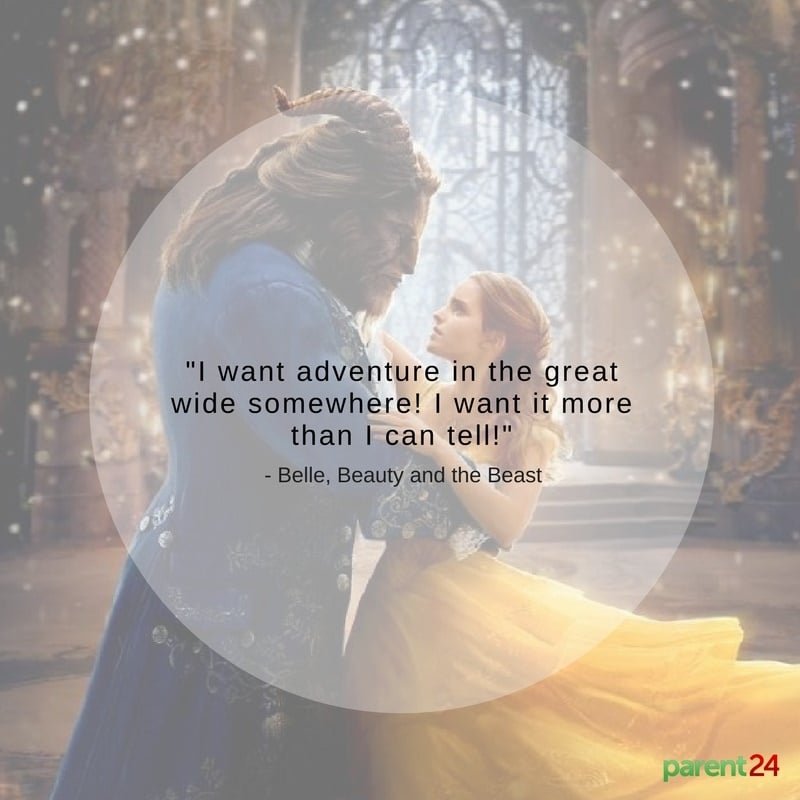 The first ever Muslim Desi superhero, Kamala Khan, is Ms Marvel: a young girl struggling to balance her faith, cultural identity, studies, and of course, saving the world.

But she still manages to teach and remind us that, “Good is not a thing you are. It's a thing you do.” 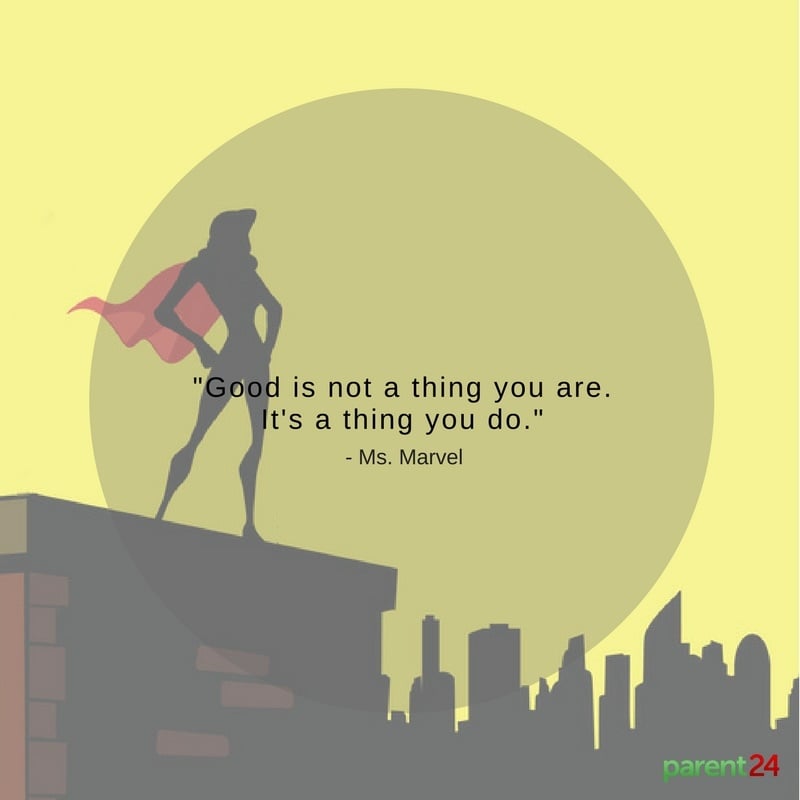 Shrek taught us that everyone deserves to be loved, regardless of what they look like. It's the inside that truly matters. Mulan, in an effort to save her father, cuts her hair and disguises herself in his armour before taking his place and enlisting herself in the army.

And although it proved to be challenging, the Emperor tells her and she teaches us, "The flower that blooms in adversity is the most rare and beautiful of all." Sure, we all love the ice queen that can build castles atop a snow mountain with the swift flick of the wrist and some pent-up rage, but very few people notice the brave and courageous Anna in Frozen.

When her sister Elsa runs away from home, Anna decides to, on her own, set off to find her sister and bring her home.

So while Elsa can shoot icicles from her hands and build a few really great ice sculptures for her inauguration, Anna has a few remarkable qualities Elsa seems to lack: courage, bravery and resilience. 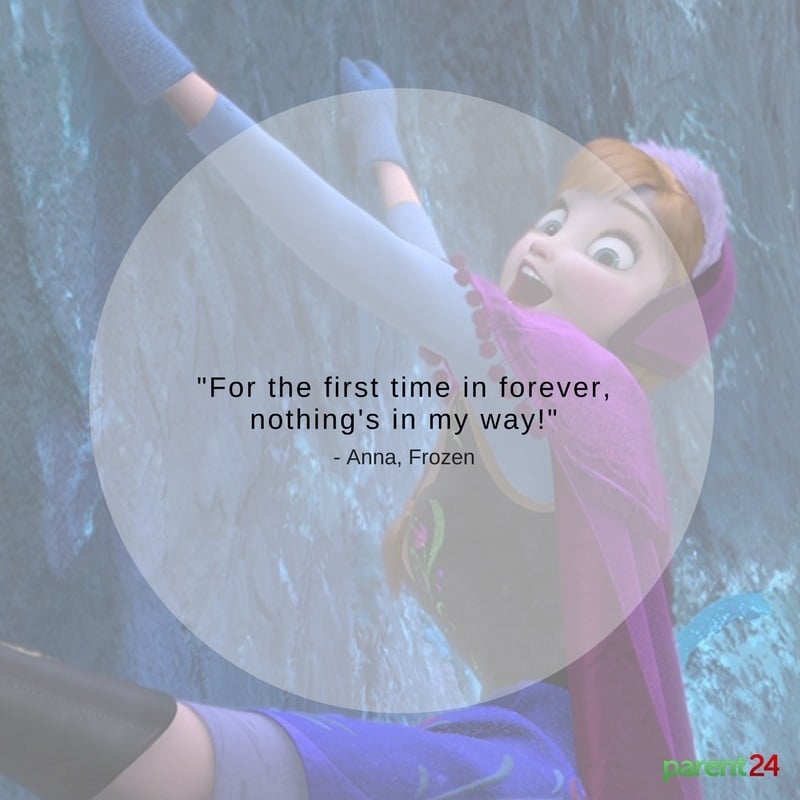 Moana tells the story of the inhabitants of the Polynesian island of Motunui. On the island lives Moana and her family who are preparing their daughter to take over from her father and become the next chief.

Snaps for transforming gender roles, but things get interesting when an ambitious Moana wants and knows she’s destined for something even greater.

So she goes on an adventure, risking everything to save her people, teaching our kids what it means to be a true leader. It also encourages them to have dreams and aspirations bigger than anyone else could ever imagine for them.

Who knows the things they’ll do and just how far they’ll go? 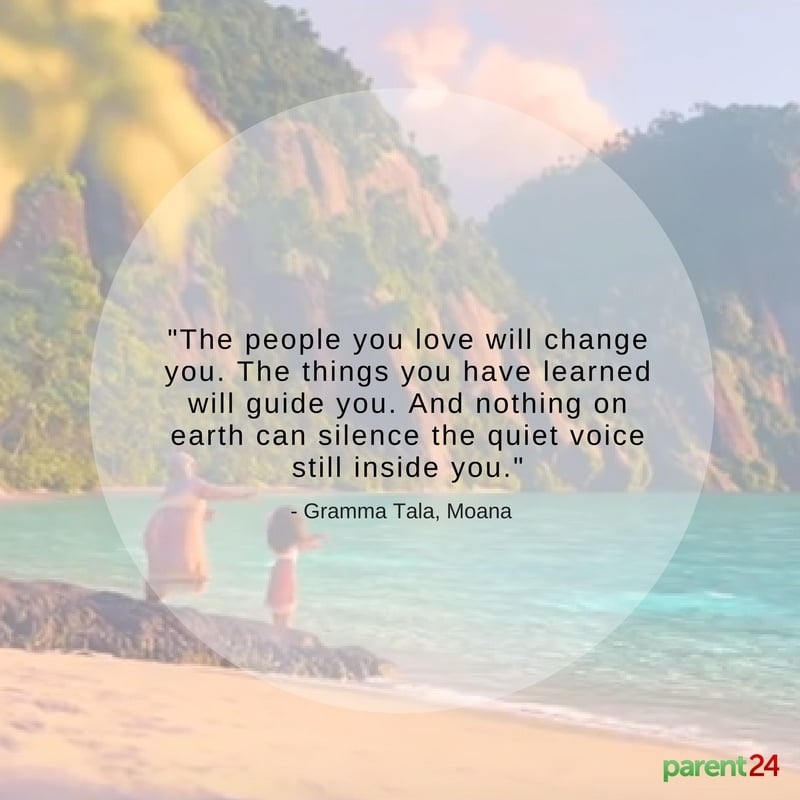 The 2017 adaptation of Wonder Woman has seen our kids putting on their armour and parading around the house with a makeshift Lasso of Truth.

But the founding member of the Justice League has been around for quite some time, empowering little girls and boys to never back down from a challenge and stand up for what they believe in.

So as her Queen Mother reminds her, "Remember that, in a world of ordinary mortals, you are a Wonder Woman." Apart from being a really cool concept, Wreck-It Ralph teaches kids a very important life lesson and reminds them to always be themselves.

The film starts with Ralph, the bad guy in an arcade game, feeling rather despondent because he always has to be the villain, destroying everything, before Felix comes along and fixes it. Hence the name, Wreck-it Ralph.

He even finds himself going to Bad-Anon (yes, that's bad guys anonymous: "One game at a time"):

But he comes to realise, like the zombie in the video explains, "Labels not make you happy. Good, bad – huuuhhhh. You must love you."

And later makes the enlightened assertion, "There's no one I'd rather be than me." Which stories did you read and watch over and over again when you were growing up? Which princesses and heroes do your children currently love hearing about and seeing?

Mail us at chatback@parent24.com and we may publish your comments.

Help your child build bulletproof self-esteem with these children's books

We live in a world where facts and fiction get blurred
In times of uncertainty you need journalism you can trust. For 14 free days, you can have access to a world of in-depth analyses, investigative journalism, top opinions and a range of features. Journalism strengthens democracy. Invest in the future today. Thereafter you will be billed R75 per month. You can cancel anytime and if you cancel within 14 days you won't be billed.
Subscribe to News24
Related Links
Just because it's a cartoon doesn't mean it's for kids
The cartoons, the videos, the puzzles that will dazzle your child's brain
Inspiring childhood movie quotes you may have forgotten
Next on Parent24
'Worry and fear are constant': How to support your child with an anxiety disorder