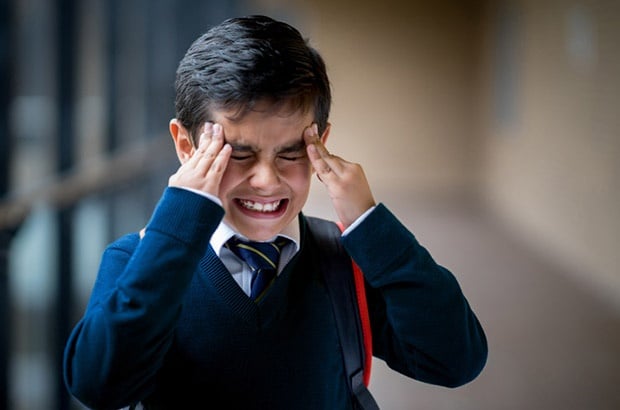 There are ways we can identify bullying, and numerous things we can do to stop it. Research shows its important that we do as bullying can often affect us throughout our childhood and later on in life.

Childhood bullying is so common that it may not seem like a big deal. Up to 35% of people are estimated to have experienced it at some point. By adulthood, we are generally expected to have “got over” it. But the mental health effects of being bullied can be serious and last a lifetime. One study has even suggested that, when it comes to mental health, bullying is as harmful as child abuse, if not worse.

Approximately 20% of people who have been bullied experience some kind of mental health problems later in life, even at the age of 50. While some of these, such as post traumatic stress disorder (PTSD), are easy to spot, others may be more difficult to recognise. These can range from inexplicable bouts of anger to a lifetime of feeling inferior to other people.

Although there has been an immense amount of research on bullying, most of it has focused on immediate effects, intervention and prevention. So we need more research on long-term effects and new forms of bullying, such as online abuse.

That said, severe long-term effects of bullying are relatively well documented. Research has shown that victims of bullying report more severe anxiety symptoms than others. Being bullied is also linked to social anxiety, which often lasts into adulthood and increases the risk of developing personality disorders.

Depression is another negative consequence of bullying , which might lead to suicidal ideation and even suicide attempts. So if you are struggling with depression or anxiety and have a history of being bullied, there may be a link.

One of the most severe consequences is post traumatic stress disorder (PTSD). Research has shown that 40.5% of girls and 27.6% of boys show PTSD symptoms at the time of being bullied. These individuals’ torment can sometimes follow them into later life. This can be triggered by just remembering the bullying incident or by related stimuli, such as visiting their school as adults or by encountering their bully in a different environment.

While people with severe depression, anxiety or post traumatic stress disorder may actually seek help and uncover that bullying could have played a part in their mental health problems, for many other people the signs are more subtle.

Self-esteem is an aspect that is both a risk factor and a consequence of bullying. It is not hard to see that children who are suffering from repetitive bullying at school, at a time when they are still in the process of developing their personalities, could suffer a serious and lasting decline in self-esteem.

On the other hand, high self-esteem has been linked to bullying others. However, this effect seems to be moderated by other factors – high self-esteem is only linked to high bullying rates in schools which the students perceive to have a poor climate.

Another distinctive example is anger, which is a prerequisite of aggression and has been associated with both victimisation and perpetration of bullying. For the bullies, it is well recognised that, behind their abusive behaviour, lies the intention to hurt another individual – usually motivated by negative emotions such as aggression, anger and hostility.

Bullying can also lead to health problems, alcohol and drug abuse, social withdrawal and severe trust issues. For many victims who are trying to overcome the experience, the loss of trust is perhaps the most challenging consequence. But if nobody stands up for you at the time of being bullied, you begin to lose trust in your peers – and that may be for life.

Dealing with the past

So what should you do if you suddenly realise that bouts of anger or low self-esteem may have resulted from bullying that happened decades ago? One option is talking therapy or cognitive behavioural therapy. The latter involves training yourself to change your thinking and behaviour, tackling for example negative thinking, social phobia or low self-esteem.

When it comes to anger, various studies have indicated that restorative justice techniques – a mediation between the victim and the offender while promoting discussion and forgiveness – could help. However, such practices can only benefit victims and bullies respectively if applied in a controlled environment, such as the school, by a trained member of staff.

Some individuals take their own initiative to face their bully or victim in adulthood and either apologise for their past behaviour or seek answers for their victimisation. However, they must keep in mind that such an encounter might have the exact opposite results. Research shows that bullies often maintain an aggressive behaviour in adulthood. Therapy or counselling are usually therefore much better ways to deal with the consequences.

Perhaps the most important thing in order to get over traumatic bullying experiences is to stop blaming yourself. There have been numerous studies indicating that this is very common and a result of wrongfully developed perceptions. For example, it is well established that overweight children suffer higher levels of bullying than others. Such individuals may view their body mass or inability to “stand up for themselves” as the reason they were picked on. If these victims do not accept their individuality and stop self blaming, it can be very hard to heal the wounds.

Being bullied as a child in school, which is such a huge part of an individual’s world, is clearly a traumatic experience – it should come as no surprise that it may leave lasting scars. Luckily, there is plenty of help out there. And even if you don’t want to embark on getting therapy, just identifying the negative thinking patterns and behaviour that the bullying may have triggered can ultimately help you change them and move on.

Calli Tzani Pepelasi, Lecturer in Investigative Psychology, University of Huddersfield. This article was originally published on The Conversation. Read the original article.

Were you bullied when you were growing up? Has your child been bullied? How did you/they deal with the trauma? Tell us by sending your comments to chatback@parent24.com and we may publish them.

Sign up to our weekly newsletter to receive Parent24 stories directly to your inbox.
We live in a world where facts and fiction get blurred
In times of uncertainty you need journalism you can trust. For 14 free days, you can have access to a world of in-depth analyses, investigative journalism, top opinions and a range of features. Journalism strengthens democracy. Invest in the future today. Thereafter you will be billed R75 per month. You can cancel anytime and if you cancel within 14 days you won't be billed.
Subscribe to News24
Related Links
“I’m not going to tolerate it and neither should any of you”: Millie Bobby Brown responds to...
Practical tips on how to deal with bullying, the OT way
Is there a link between ADHD and bullying?
Next on Parent24
Study suggests video games boost intelligence in children

Read more on:
bullyingtrauma
Events
Sasol is looking for bursars for an all-inclusive bursary for 2023 - Apply now