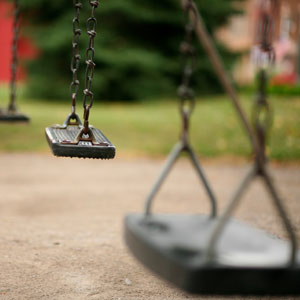 Sometimes kids are never found, as in the case of Etan Patz who was abducted in New York in 1979. His father spoke of "the crime that had a beginning, but no end."

Here are some facts on kidnapping and abductions. And also some hints on what parents can do to prevent these from happening.

1. There are 3 types of abductions

2. What makes it kidnapping?

The following things classify an abduction as a kidnapping: the child is detained, taken away some distance from where it was abducted, and is held for ransom money. Or the child is taken in order to keep it permanently.

According to the law in South Africa, kidnapping is a separate crime from abduction. Abduction is defined as the unlawful taking of a minor from the control of their parent or guardian for the purpose of marriage or sexual intercourse.

Kidnapping for ransom (of both children and adults) is most common in countries with a high crime and corruption level, a poorly resourced police force, a weak judicial system, and a history of social or political instability, according to a study conducted in South Africa for the Institute for Security Studies.

The Gauteng police deal with over a dozen kidnappings for ransom each month, according to the study mentioned above. Most of these kidnappings involve children.

In the case of parental abductions, the parents are usually involved in a custody battle. Children are almost never harmed in these abductions, and according to studies, the vast majority of them are returned to the rightful parent within a week.

When children are kidnapped, statistics reveal that over 40% of the incidents end with the death of the child.

8. Who is the kidnapper?

53% of non-family abductions are committed by people known to the victim, according to NISMART (National Incidence Studies of Missing, Abducted, Runaway and Throwaway Children – an American organisation). A study of theirs also found that three-quarters of non-family abductions are committed by men. These men often had brief contact with the child, such as delivering something to the house, or doing minor repairs.

71% of non-family abductions occurred in outside areas, such as a wood, a park or in the street, according to NISMART. Very few abductions take place from school grounds or shopping centres.

The average age of a male abductor is 27, and he is usually unemployed, working in a low-skilled job, living alone, or with his parents, according to a study conducted by OJJDP (the American Justice Department's Office of Juvenile Justice and Delinquency Prevention).

The vast majority of children who are reported missing have run away, or there has been miscommunication with the parents about where they should be.

About two-thirds of stranger abductions involve female children with an average age of 11.

Are you cautious when your kids are not with you? What are your safety measures?

Protect your family from abduction

We live in a world where facts and fiction get blurred
In times of uncertainty you need journalism you can trust. For 14 free days, you can have access to a world of in-depth analyses, investigative journalism, top opinions and a range of features. Journalism strengthens democracy. Invest in the future today. Thereafter you will be billed R75 per month. You can cancel anytime and if you cancel within 14 days you won't be billed.
Subscribe to News24
Related Links
Preventing abductions
When bad things happen
Help your child cope with change
Next on Parent24
Does your child have balance and dizziness issues? Hearing loss may be the cause