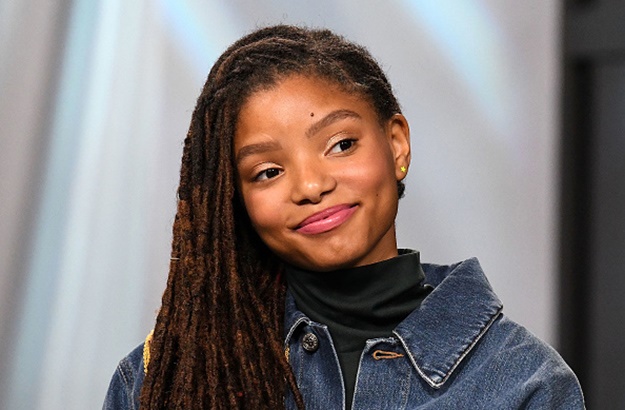 Halle Bailey's been cast as Ariel in The Little Mermaid live-action.

On Wednesday it was announced that Halle Bailey, one half of the powerhouse duo Chloe x Halle, will play Ariel in the live-action remake of The Little Mermaid.

Halle commented on Twitter, “Dreams come true”, with an all-too-familiar image of Ariel, with distinct differences: her hair and the colour of her skin.

Of course, the trolls were ready for her – and no, not the cute, magical kind from Disney’s Frozen that spontaneously curl and roll themselves into rocks. The internet trolls, with all their sticks and stones.

Another said, “You will never be Ariel,” with many others using the hashtag, ‘#notmyAriel’.

Many felt the original Ariel was white, with red hair, so the live-action version of her should look the same. A self-proclaimed expert, it seems, added his two cents: “As Moana you’d be absolutely perfect, but not as Ariel! That has nothing to do with hate or racism or mermaids not being real. This is a matter of authenticity. And staying true to its original from 1989.”

While others were just undeniably racist.

Imagine if a white person plaid Jasmine, Tiana, Pocahontas, Mulan or Moana. Y’all would be pissed. Is this to change the swimming stereotype??

Also read: Dumbo, Aladdin and The Lion King: Are these Disney live-action remakes really for kids?

One user actually said, “Imagine if a white person plaid [sic] Jasmine, Tiana, Pocahontas, Mulan or Moana. Y’all would be pissed. Is this to change the swimming stereotype?”

It’s deeply concerning that people are so comfortable being hateful and clearly, racist, about this, pounding away vigorously at their keywords.

You’re not racist but, if we were to see you in person, would you tell us you don’t see colour?

That you have black friends?

Can you tell I’m rolling my eyes, right now?

We could tell you Ariel’s often spotted swimming in the waters close to Camps Bay – rumour has it she vacays with Eric in Sun City – but I just made that up, just as Hans Christian Andersen did with The Little Mermaid based on a completely fictional half woman, half fish.

But since the internet absolutely feels it necessary to keep Ariel ‘authentic’, if you look into the original Danish text of the fairytale, you’ll find that the little mermaid was never written to have red hair – that idea was made popular by the 1989 Disney film. Similarly, artists’ illustrations determined the colour of her skin – sculptors decided she’d be bronze.

So I guess Ariel doesn’t have to be a white girl with red hair.

Also read: 10 modern-day heroes who are inspiring our kids

“Ariel will always be white, blue eyed and beautiful”

You know who also wanted everyone to be blue-eyed and beautiful? We won't go there.

Aren’t we done pretending everyone looks, or should look, a certain way? And I mean both to be beautiful, and to simply exist in this world.

Kids often growing up watching the classics – the new generation will spend their childhood watching the live-action remakes – and it’s important for them to see diversity on screen.

We’ve written before about the lack of POC characters in children’s programming and movies, and more specifically, the lack of POC characters in lead roles. Its problematic because children often relate what they see on screen to real life, so seeing that most princesses are white, often translates to all princesses are white. For a young, impressionable black girl, you’re telling her, just as the trolls told Halle, “You’ll never be Ariel.”

Read more here: "The baddies have foreign accents" and other things our kids learn from watching TV

Ariel doesn't always have to be white and blue-eyed to be beautiful, and our girls don’t have to be either.

I grew up loving Ariel because she was the first princess with red hair like me, and my daughter loves her for the same reason! I'm so excited that young POC will be able to share the joy of a princess that looks like them! You will be a gorgeous Ariel! Congratulations! ??

She said, “I grew up loving Ariel because she was the first princess with red hair like me, and my daughter loves her for the same reason! I'm so excited that young POC will be able to share the joy of a princess that looks like them! You will be a gorgeous Ariel!”

And Jesse Jade Turner said it best in her article for Parent24:

“When representation happens, the world rejoices, and rightfully so. We all have a place in this world and we should be able to see more of it.

Children need representation because they need to know that it is okay to be who they are, they are embraced and celebrated. Certain topics need to be normalised for them, because they are normal, valid and they exist.

Children often look up to these characters and when they see ones who look like themselves, they’ll start to believe that perhaps, they too are magic."

As a parent, what are your thoughts on the casting?

Send us your comments and we may publish them. Do let us know if you'd like to remain anonymous.

We live in a world where facts and fiction get blurred
In times of uncertainty you need journalism you can trust. For 14 free days, you can have access to a world of in-depth analyses, investigative journalism, top opinions and a range of features. Journalism strengthens democracy. Invest in the future today. Thereafter you will be billed R75 per month. You can cancel anytime and if you cancel within 14 days you won't be billed.
Subscribe to News24
Related Links
Dumbo, Aladdin and The Lion King: Are these Disney live-action remakes really for kids?
OPINION: How is representation in children's movies and TV stacking up in 2018?
"The baddies have foreign accents" and other things our kids learn from watching TV
Next on Parent24
'Worry and fear are constant': How to support your child with an anxiety disorder