Meet these SA kids who published books before they were 16 The South African Literary community is ablaze with some of the brightest young minds, literally making history and making it look all too easy.

Here we list the youngest and most impressive writers born and bred in SA.

Our congratulations to Grade 2 learner Michelle Nkamankeng on the publication of her book, ‘Waiting for the Waves’. pic.twitter.com/tYmGBzdNbV

For most 7-year-old children, reading is a developing skill, let alone writing.

But not for Michelle Nkamankeng, who in 2016 at just seven, became the youngest African writer to date.

Her achievement ranks her among the top 10 young authors globally.

The Gauteng-based literary prodigy began reading at four, and by her fifth birthday was inspired to write her first book, the self-published Waiting for the Waves.

It is the first in a series of books, a sweet story of overcoming fear, fostering courage and embracing confidence.

The Little Girl Who Believes in Herself, The Little Mouse, and The Golden Ring complete the book series but require additional funding to get it published.

Keep up to date with the precocious author via her Facebook page: @michellenkamankeng Author, activist, motivational speaker and ballerina – aside from her kick-ass name – Stacey Fru is one kick-ass kid.

Her first book Smelly Cats was published in 2015 when she was 8-years-old, and tells the tale of tolerating differences through the title characters.

Her second book, Bob and the Snake, was released in 2016. In 2015, Ammaarah Wadee had no idea that a school project for a creative writing class would lead to her becoming a published author at eleven-years-old.

After reading A Feather's Tale: An African Feather's Fate, her teacher entered the story via an online writing competition, and days later the story was picked up by a publishing company. Inspired by the work of author Jaco Jacobs, and a love for inventing entertaining stories for her little sister, 14-year-old Almé Hugo became a finalist in the annual Maskew Miller Longman (MML) Literature Awards for her Afrikaans book, Speurder Nina Lucky, making her the youngest entry in the competition's history.

Almé was 12-years-old when she recorded the first draft of Speurder Nina Lucky on a tape recorder, and spent two years perfecting the final version.

The book chronicles the adventers of a PI who's life is riddled with misfortunes.

Already started on her next book, Almé is definitely one to watch.

Wise beyond his years, 15-year-old nonfiction writer Karabo Nkoli's book Whispers of Life is bursting with it.

With chapters titled Passionate Positivity, True Forgiveness and a Time to Love, the teen demonstrates maturity beyond his years, and his work is specifically aimed at inspiring the country's youth.

Taken from notes he jotted down in between classes in Grade 7, Karabo completed his book by the year's end.

The dynamic teen even managed to meet and present his book to two iconic South African political leaders, former president Thabo Mbeki and the late anti-apartheid activist Ahmed Kathrada, who were said to be quite impressed by the young man.

Visit www.boutiquebooks.co.za for more on the book. 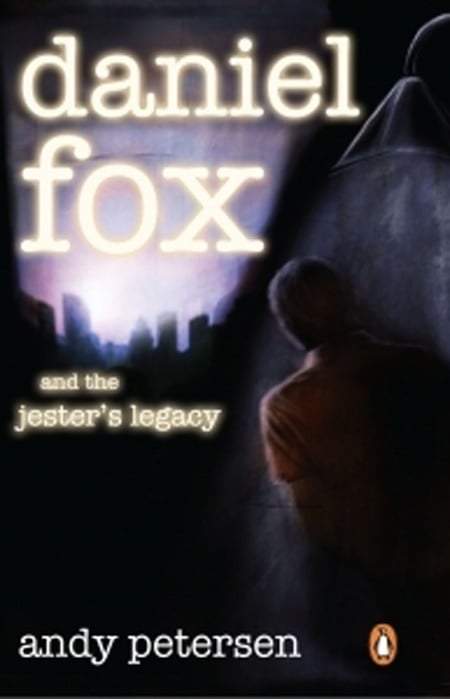 In an attempt to distract himself from the pressures of the November exam, Andy Petersen began the initial draft of what would be his first published work, the fantasy novel, Daniel Fox and the Jester’s Legacy.

Initially rejected, the resilient teen reworked the novel and in April 2008 became a published author at 16.

In 2011, Andy received the Percy Fitzpatrick Prize Award and the writer plans to complete a trilogy.

For more on Andy visit www.penguin.bookslive.co.za

Know of any other young South African authors? Send an email to chatback@parent.com and we could publish them.

We live in a world where facts and fiction get blurred
In times of uncertainty you need journalism you can trust. For only R75 per month, you have access to a world of in-depth analyses, investigative journalism, top opinions and a range of features. Journalism strengthens democracy. Invest in the future today.
Subscribe to News24
Related Links
Why children's books teaching diversity is crucial
BOOK REVIEWS: Adventure-filled books for kids
10 ways to use stories to bond with your kids
Next on Parent24
WATCH | 'I love you, Cowie': Adorable local animal-lover explains why she only eats meat to 'survive'