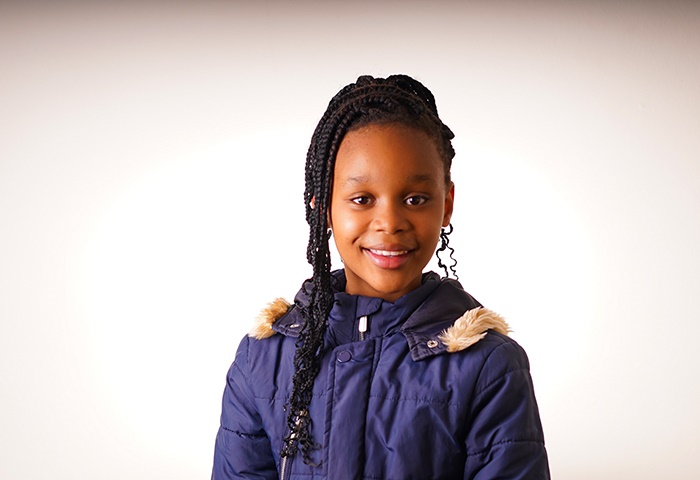 "We think she will be a star on camera.” (Supplied/NRPR)

Kamvalethu Jonas is only in Grade 4 but she's already achieved a huge career milestone.

The Gauteng-based performer has been cast in a leading role for the upcoming Mlungu Wam, a film set for international release in 2021.

'We are super proud'

"We thank God for this opportunity that Kamva has received. It will open many doors for her. We are super proud," Kamva's mom, Zizipho Cuba, tells Parent24.

While she admits she might not be altogether ready for her young daughter to be cast into the international spotlight, she's not surprised by the achievement.

"From a very young age, Kamva has shown star qualities. She loved dancing and attended dancing school before she was in primary school. She later did some ballet and participated in school plays which she enjoyed greatly". Meeting new people and making her family proud was what the little star was most looking forward to about shooting the film, already in its first month of production.

According to Babalwa Baartman, the producer of Mlungu Wam, every precaution has been taken to "adhere to the production Covid-19 guidelines supplied by government" to keep the cast and crew safe while filming.

"Following self-isolation measures, all cast and crew will be staying in the same house throughout the entire production to limit the chances of contracting the virus". Already thinking ahead, Kamva tells us she plans on continuing her acting career after Mlungu Wam wraps.

"I want to do another movie, do the best and succeed in acting".

And while she's currently focused on her film career, the Grade 4 learner, who has been perfecting dancing, singing and acting at Curro Rivonia, says she just loves entertaining people.

"I like that I can express my feelings and also entertain people".

Jenna Bass, director at Fox Fire Films, says that Kamva was a clear fit for the starring role.

"We chose Kamva for her infectious charm, charisma and energy - we think she will be a star on camera".

We can't wait to see what the little dynamo does in future!

We live in a world where facts and fiction get blurred
In times of uncertainty you need journalism you can trust. For 14 free days, you can have access to a world of in-depth analyses, investigative journalism, top opinions and a range of features. Journalism strengthens democracy. Invest in the future today. Thereafter you will be billed R75 per month. You can cancel anytime and if you cancel within 14 days you won't be billed.
Subscribe to News24
Related Links
'It's like a dream' - Local mom lands her dancer son the chance of a lifetime
FEEL GOOD | Local eight-year-old's act of kindness will melt your heart
'We will take all of that on us': Dad behind new local Child Protection Hotlines shares why he...
Next on Parent24
WATCH | 'We had to spend thousands': The funny reason Chrissy Teigen isn't a tooth fairy parent