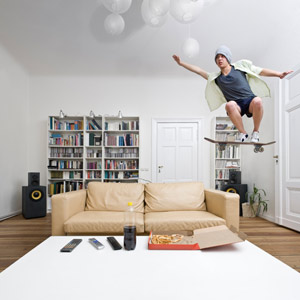 We’re getting a room ready for the arrival of our first-born. He’s 19 now and returning home (in 34 days from the time of writing) from a gap year in London. While he was away, we’ve made some changes to the house. What was his bedroom for ten years is now a dining room, and what was a study is now his bedroom.

We are preparing this room with as much enthusiasm and anticipation (well, almost) as we first stocked a room with cot and mobiles and bright, shiny things in June of 1989.

Nothing prepared us for how much we’d miss him. In the first weeks after he flew off in January, we spoke mostly about the practical impact of his part of the nest being empty: our weekly shopping bill went down by at least a third, and we never opened the fridge to find something we’d been looking forward to eating no longer being there – he’s nearly two metres tall and is always hungry; we loaded the washing machine many fewer times in a week – he exercises a lot and changes outfits often; it was much easier to watch the TV programme of our choice because his lanky frame wasn’t overflowing the couch, and so on.

But that attitude didn’t last long at all. Then we started to realise how much we missed his dry wit, how used we’d become to his spontaneous displays of physical affection – he would often wrap his arms around Mom or Dad and give a bear hug, in private or in public. We’d been a family of four since the birth of his sister 15 years ago, and now we were three.

It wasn’t just that I was now the lone male among two females who aren’t the least interested in Arsenal vs. Manchester United, or that I no longer have company around the fire at a family braai, but rather that as a family we’d evolved a dynamic balance of who did what, practically and emotionally, in order to keep our family on an even keel most of the time. We realized what an important role he’d played in that balance.

Of course, fairly soon after his return, Mom and Dad will be irritated by his inability to hang up his wet towels, and we’ll mutter to each other and mention sarcastically to him that playing Guitar Hero isn’t going to get him a good university degree, and we’ll be incredibly annoyed that he’s gobbled the left-over lamb that we’d been planning on turning into supper for four. But all of this will be done with the knowledge that next time he leaves the nest, it’ll be for good. For the moment, though, we can hardly breathe in anticipation of his return.

Have you experienced a child leaving home? At what age do you think kids should leave home?
We live in a world where facts and fiction get blurred
In times of uncertainty you need journalism you can trust. For 14 free days, you can have access to a world of in-depth analyses, investigative journalism, top opinions and a range of features. Journalism strengthens democracy. Invest in the future today. Thereafter you will be billed R75 per month. You can cancel anytime and if you cancel within 14 days you won't be billed.
Subscribe to News24
Next on Parent24
How many weeks of holiday is that?

Read more on:
beyond matric