Spiders and spider bites in South Africa: What parents need to know South Africa has more than 2230 identified spiders, and in the warmer summer months, chances are good you will encounter some of them. We all know that spiders are our friends – they eat flies and mosquitoes and other bugs that we do not particularly like. But unfortunately, some of these spiders could leave a bite that is not as friendly.

Knowledge is key to protect your family members and loved ones from both the less harmless and potentially venomous spider bites – you need to know your South African spiders, how to prevent bites and what to do when a bite does happen. Spider bites can be nasty, but rarely kill. But as with all venomous encounters, some people are more at risk for complications: the elderly, children, immune system-compromised and allergic people.

This is probably the most infamous South African spider and falls into two categories: the black button spider can be deadly, and the less venomous brown button spider. These highly venomous spiders are black with red bands or longitudinal stripes on its abdomen. As the spider grows, it moults and loses the red pattern, which is often replaced with white spots and, when it is an adult, it is totally black. The South African black button does not have an hourglass marking (don't confuse it with it's equally venomous American Black Widow and Australian Red Back cousins that do have a ventral red hourglass). The egg sacs are smooth and round.

There are 31 species of black button spiders worldwide, with 8 of these in Africa, Prof Ansie Dippenaar told Netwerk24. Excitingly, a new species has been found in KwaZulu-Natal, for now called the Phinda black button, and it's potentially the largest black button in the world. Arachnologists are currently studying the new species, which has a red marking on its back as well as under its abdomen, making it unique. The brown button can be identified by the orange to red hourglass underneath its round abdomen, which can be anything from grey to cream to brown or black. The upper side of the abdomen has round geometric markings and the brown legs are dark at the joints. The egg sacs are white with spikes.

Button spiders are found all over South Africa, and they usually reside in quiet, dark places. They also wander into houses, and most bites occur when the spiders are disturbed in its hiding place.

Symptoms of a black or brown button spider bite:

Button spiders have neurotoxic venom, which means that it attacks the central nervous system, but only the black widow's venom is potentially lethal.

Only female spiders have fangs large enough to pierce human skin. Black widow bites are very painful and symptoms will appear shortly after the bite. These symptoms include sweating, raised blood pressure, muscle pain and cramps, pain and weakness in the limbs, the face becomes contorted, flushed and sweaty with drooping eyelids, dilated pupils and swollen lips.

In severe cases the body will contort and shake uncontrollably. Button spider bites are usually treated in hospital with anti-venom and patients are usually well enough to go home after 24 to 48 hours. The good news is that no deaths from button spiders have been recorded. Violin spiders are found all over South Africa but contact is rare. They are normally brownish with dark markings on their bodies, as well as a characteristic violin-shape on the cephalothorax. The violin spider ranges between 8 and 19mm.

Bites are rare, and usually happen at night when the victim is sleeping.

They have cytotoxic venom, which means it destroys tissue. Bites are small and usually painless, but after a few hours the site forms a blister and necrosis develops, only affecting the skin.

Skin lesions are usually misdiagnosed as Cytotoxic envenomations caused by spiders. Alternate causes should be checked before simply misdiagnosing it as spider bites.

That being said, untreated bites can lead to infections, septicaemia and necrosis – and surgery may be needed to remove the dead tissue. If you see any skin lesions or ulcers not caused by known injury which gets worse, go to the doctor immediately. An antibiotic cream or round of antibiotics may be needed. Sac spiders are light brown with a black face and range between 4 and 12mm.

It is an aggressive spider but is not implicated in spider envenomations in South Africa. They were blamed for 70-80% of nasty bites but this has been an assumptive diagnosis due to tests done on rabbits.

Long-legged sac spiders do not have the enzymes to cause necrosis.

They're generally not dangerous, even though they can inflict a very painful bite that may last from 10 hours to 2 days. These spiders are rare – they are found in desert areas and basically looks like a crab with sand stuck to its body, as they take on the colour of the sand they live in as tiny sand particles adhere to their cuticle. They range between 7 and 13.5mm.

No human bites have been documented, but studies on rabbits have proven that these spiders might be lethal to humans, their bites causing massive tissue destruction and internal haemorrhaging. They, along with violin spiders, contains the enzyme Sphingomyelinase D that results in necrosis in humans.

Also read: All about spots, bites, rashes and fevers

When someone is bitten by a spider: 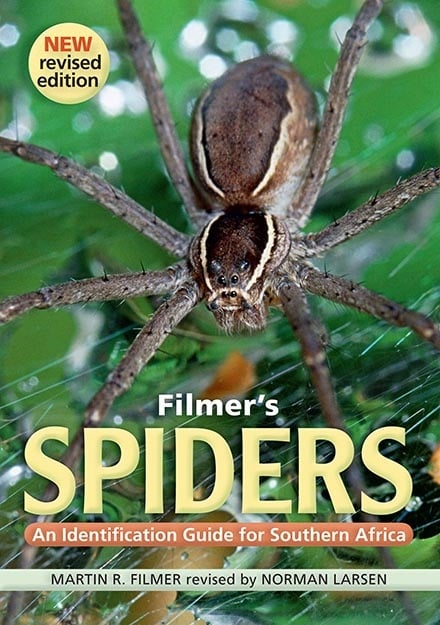 Have you or your kids ever had a close encounter with out eight-legged friends? Send your stories to chatback@parent24.com.

We live in a world where facts and fiction get blurred
In times of uncertainty you need journalism you can trust. For 14 free days, you can have access to a world of in-depth analyses, investigative journalism, top opinions and a range of features. Journalism strengthens democracy. Invest in the future today. Thereafter you will be billed R75 per month. You can cancel anytime and if you cancel within 14 days you won't be billed.
Subscribe to News24
Related Links
"No, sweetie. You're not swallowing spiders in your sleep"
Dangerous spiders and more
Photos: 5 dangerous SA spiders parents should look out for
Next on Parent24
'When you adopt a child, you are adopting an entire family' – shifting the adoption story narrative