'You just have to try harder': How to recognise a narcissistic parent 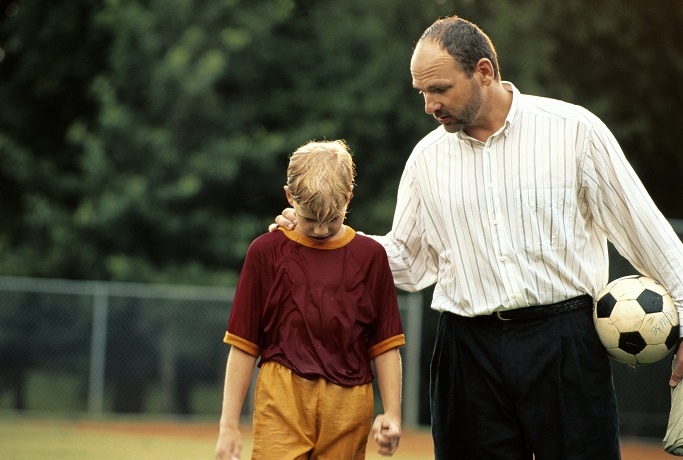 "Narcissistic personality disorder is a mental disorder in which people have an inflated sense of their own importance, a deep need for admiration and a lack of empathy for others."

It's been called "the most popularly theorised mental health issue around" but according to the professionals, what we know about narcissism is far from the lived reality of those living with the certifiable condition.

Parent24's narcissistic parenting series aims to debunk the myths about Narcissistic personality disorder and seeks to provide insight into how the common mental health condition plays out in parenting.

If there's anything any of us have in common, it's that we've all been raised by flawed human beings.

It has been previously reported that a third of the South African population unknowingly suffer from some form of mental illness, and subsequently, 75% never receive treatment.

"Narcissism points to difficulties in someone's ability to distinguish between themselves and others, their mind and the world," Sinisi told Parent24, adding that, "It is a state where a person's feelings, fears, wishes, and fantasies too easily influence how they see the world but, without causing them to completely lose touch with reality."

'Narcissism exists in all of us'

If you find yourself thinking that this basic definition may seem fitting to more than a few people you know, Sinisi says that's because to a certain degree "narcissism exists in all of us."

He uses the example of children and teens to illustrate this point.

"Adolescents often overestimate their specialness, find it difficult to appreciate another person's experience, or accept that people aren't wrong or stupid just because they think differently to you. Children are, by definition, incredibly self-centred, and their experience of the world is profoundly influenced by their feelings."

More than a simple character flaw

But before you go accusing your neighbour or colleague of being a certifiable narcissist, Sinisi says there is a considerable difference between a simple character flaw and the actual condition.

"The person can't or won't accept that others have different, and yet still legitimate experiences and points of view. The narcissist overestimates their mind and thinks they understand far more than they do. This causes them to fail to connect with or show genuine interest in getting to know others. Instead, they assume that they already understand you and 'know' what you will say. If you think differently to them, they believe you are stupid or difficult."

'Behind this mask of ultra-confidence'

Still convinced that you may be surrounded by narcissists? Here's a text book definition:

"Narcissistic personality disorder is a mental disorder in which people have an inflated sense of their own importance, a deep need for admiration and a lack of empathy for others. But behind this mask of ultra-confidence lies a fragile self-esteem that's vulnerable to the slightest criticism."

The ripple effect of the parental influence becomes that much more complicated when coupled with a mental heath condition like NPD, and if you're getting the overwhelming sense that you may have been raised by one, Sinisi offers the following identifying characteristics.

These personalities are far more likely to react to a child's typical emotional outbursts and demands with ridicule, shaming, personal injury, devastation, emotional collapse, and a host of other immature reactions that don't offer the child a model on which to base their own maturity.

Clinically speaking, the thing that sets the true narcissist apart, is that they predictably function in this way:

Each time you disagree with their outlook, they act hurt and defensive. Every time you present an idea, they either devalue it or pretend that it's theirs.

Every time something goes wrong, they act as if others are too blame.

They constantly accuse you of the very things they dislike in themselves without acknowledging that these are their own characteristics e.g. "You always so sensitive."

They make everything about themselves

This plays out in different ways.

Narcissistic parents have a limited understanding of boundaries

They lack empathy and can't easily see that the fact that they want to invade space doesn't mean the child wants the space invaded. When the child tries to lay down a boundary, the parent feels hurt and rejected.

Everything is about the surface

As long as the family LOOKS rich and happy to others, then things are fine. A fancy car is far more important than healthy finances. Its all about how they are seen, not the truth.

They struggle to appreciate the difference between children and adults

In one moment they shame children for being childish and in the next they use their children as friends and confidants. Its all about the narcissist's needs, not the child's.

They are threatened by their children's growth and success

Instead of encouraging independent development, they undermine their children and foster a feeling of inadequacy and insecurity since this helps the narcissist feel needed and important.

Successes and talents falling outside these wishes are derided and dismissed, often as stupid or fanciful.

According to Sinisi, the put downs from an NDP parent are pronounced and numerous, here are a few examples of specific things you might have heard growing up.

They experience their children's complaints as personal attacks:

Child: "I had a tough time at school."

Parent: "I work my butt off to send you to that school don't blame me if you are too lazy to do well."

They fail to see that the child's choices aren't a reflection on them:

Parent: "Why would you want to shame me by dating someone like that?" Or "Why do you always do this to me?"

They attempt to live out their dreams through their children:

"You love Rugby, you know you do. You just have to try harder."

They fail to grasp that their children are separate and independent people:

Parent: "When I was a child I used to feel so sad, and no one ever listened."

Parent: "Do you want everyone to think I'm a bad mother?"

Born or made: What causes NPD?

The medical diagnoses is common in individuals who "report childhoods where parents were unable to connect on an emotional level," Sinisi explains.

And while the cause of the condition remains unclear, Sinisi advises that the right parenting style is vital in raising healthy adults.

I may have been raised by someone with NPD, does it mean I have it too?

Sinisi says that while narcissists often raise narcissists, this isn't a hard and fast rule, sharing that "it is also possible to mitigate this by drawing on additional support, [by] seriously engaging in a long-term therapeutic process."

And even though you may not have it, the consequences of being raised by an NDP parent does potentially leave scars.

Watch this space as we continue to unpack this intricate topic.

We live in a world where facts and fiction get blurred
In times of uncertainty you need journalism you can trust. For only R75 per month, you have access to a world of in-depth analyses, investigative journalism, top opinions and a range of features. Journalism strengthens democracy. Invest in the future today.
Subscribe to News24
Next on Parent24
'Please don't forget me': A letter from a depressed first-time mom: