Based on books: 9 kids shows and movies you might enjoy more than your children 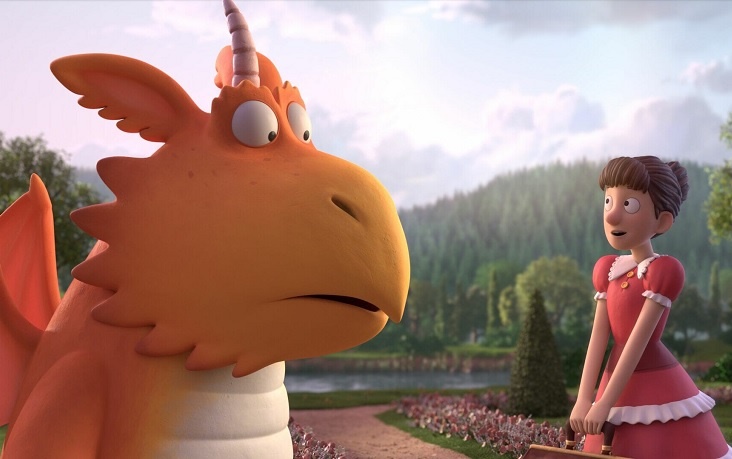 The most entertaining shows and movies to stream for children.

From Julia Donaldson picture books to Roald Dahl classics, and Dr Seuss’s most prophetic prose, these are the most entertaining shows and movies to stream for children.

You'll probably love them, too.

From Julia Donaldson and Axel Scheffler’s 2010 picture book, with the incredible talent of Cape Town’s Triggerfish animation studio, comes this award-winning tale about a young dragon.

Zog really wants to win a gold star at Madame Dragon’s school but collects only burns, bumps and bruises.

In year four, he faces his biggest challenge yet – kidnapping an actual princess. Perhaps his kind young human friend who’s been patching up all his sore spots over the years could help with that…

Straight from the pages of the legendary children’s author Roald Dahl, revisit classic fairy tales with a dark and delicious twist, brought to life in this amazing Oscar-nominated animation.

Based on another of Julia Donaldson and Axel Scheffler’s bestselling children’s books, this short movie is about a greedy thief who always steals everyone’s food. But this time he’s bitten off more than he can chew.

This follow-up to The Gruffalo (which is also on Showmax) won the Crystal Award for the Best Television Special at Annecy, the world’s biggest animated film festival, and was nominated for a BAFTA in 2012.

It’s set in a beautiful snowy wonderland, where the Gruffalo’s daughter decides to set off and find the Big Bad Mouse.

In a town where there is no nature, Ted wants to woo the prettiest girl with a rare flower. But to get one, he needs to find the Lorax, a forest guardian who let greed take over in this modern retelling of the Dr Seuss classic.

This is one for budding environmentalists.

Director Ava DuVernay brings the magical 1962 Madeleine L'Engle to life with A Wrinkle in Time. When a young girl’s scientist father goes missing, she teams up with her brother and her friend to go find him.

Starring Oprah Winfrey, Reese Witherspoon, Mindy Kaling and more big-name stars, this is nothing short of a breath-taking fantasy spectacle.

The story of Roald Dahl’s endearing bookworm coming up against parental neglect, and the threat of emotional and physical abuse from her evil school principal, is much sweeter than it sounds.

It may be 31 years old, but it still offers an empowering message to young ones about identity and independence - and the power of kindness.

Oz the Great and Powerful

Starring James Franco, Mila Kunis, Rachel Weisz, Michelle Williams and Zach Braff, this adventure fantasy acts as a prequel to the story of The Wizard of Oz.

Both films were adapted from the timeless story written by L Frank Baum in 1900. This origin film won the Phoenix Film Critics Society Award for Best Live Action Family Film in 2013 and was among the highest-grossing films that year.

Before there was Harry Potter, there was Mildred Hubble, a bumbling young witch who attends Miss Cackle’s Academy for Witches.

Jill Murphy wrote the first book in the series in 1974, and this Netflix Original series is the most recent in a long line of adaptations of the books.

Bella Ramsay (whom parents will recognise as Lyanna Mormont from Game of Thrones) plays Mildred in all three seasons that are available to stream.

LISTEN: Albertina Sisulu - Together we're strong (Read in isiZulu, isiXhosa and 4 other languages)