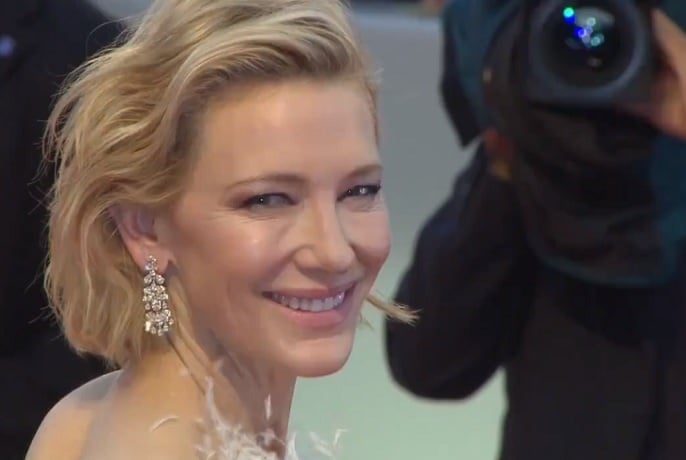 "My plan to turn my family vegetarian was a monumental failure."

As any parent knows, going the direct route when asking a child to do anything only leads to the opposite course of action – or no action at all (in most cases!).

Hence the many creative and stealthy methods moms and dads must invent to make things happen.

But just how far is too far when it comes to tricking the children into adopting certain habits?

For one famous mom, welcoming pet pigs into the home was not too big of a deal, all in the name of vegetarianism.

Sitting down with fellow celeb mom, Julia Roberts, for Interview Magazine, the two superwomen discussed life as an actress and mother when Cate Blanchett dropped her "failed Machiavellian vegetarian plan" into the convo.

"I was a vegetarian for years when my husband wanted to get pigs. I said, 'I’ll get pigs as long as we tell the kids that the sausages and bacon they eat are from our pigs,'" Cate told Julia.

The logic, she explained, was that her four children would grow so attached to Benson and Hedges (the names of the former pets), that they would automatically be turned off meat.

"The kids were just totally fine with that and I was horrified. My plan to turn my family vegetarian was a monumental failure."

What's the furthest you've gone to get your children to share your interests or beliefs? Share your story with us, and we could publish your letter. Anonymous contributions are welcome.

“When I was younger, I would wonder why the older actors I admired kept talking about quitting,” Queen Cate told Julia Roberts in our March cover story. “Now I realize it’s because they want to maintain a connection to the last shreds of their sanity.” Photographed by Venetia Scott. Styled by Mel Ottenberg.

It's not the first time the award-winning actress has gotten real about parenting.

In a 2015 interview with Vogue Australia, Cate shared some of the unglamorous lessons she's learned since becoming a mother.

"Children are spirited, passionate, political, demanding. They are also heartbreaking," she said, saying that before she had a family she had equated compromise with weakness, but has since come to the conclusion that being a parent means accepting failure.

"They constantly extend parents and so parents are constantly confronted with their failures, don't you think?"

What's the furthest you've gone to get your children to take on your beliefs or interests? Share your story with us, and we could publish your letter. Anonymous contributions are welcome.

We live in a world where facts and fiction get blurred
In times of uncertainty you need journalism you can trust. For only R75 per month, you have access to a world of in-depth analyses, investigative journalism, top opinions and a range of features. Journalism strengthens democracy. Invest in the future today.
Subscribe to News24
Related Links
Tired of eating animals? Here's how to move your family over to a plant-based diet
Where does that meat come from, Mom?
Vegetarian Kids – having ‘the’ food convo with your child
Next on Parent24
WATCH | 'Mummy, please stop': Duchess Kate jokes about the hobby her royal children can't stand