"You are good enough. You are smart enough. Your poo is solid... people like you!": Celebrities who became hilarious parents 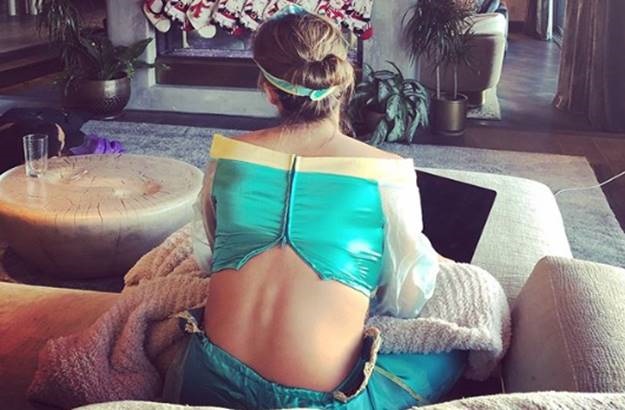 It's easy to think of celebrities as people who live on a completely different planet from us. And while it is true that celebrity moms don't look like ordinary moms, this can create unrealistic expectations not only of post-baby bodies but also parenthood.

As a new mom it can be very hard to relate to celebrity moms when all you see is perfection. You, on the other hand, can hardly sit down to have a decent meal with your little one around. As for resting and alone time — what is that?

But if there is one thing that unites us all, it's the kids. Because no matter how famous and wealthy a person is, when raising a child, everyone has the same problems. Helping your child find the chocolate you ate last night is one of them.

But as unglamorous as parenting can be, sometimes all you can do is laugh at the mess around you.

These celebrity moms are enduring a very similar journey and they are just hilarious about it.

Also see: WATCH: This adorable 4-year-old has some strong opinions about how Jasmine should be the only one on that flying carpet

Share your funny parenting moments with us and we could publish your email.

If there is any celebrity mom who knows how to be funny, it's Amy Schumer —  the number one hilarious mom.

From her pregnancy right through to her labour and delivery, Amy showed us that she's just an ordinary 'funny' mom.

When in doubt wear track pants

Met look this year. Last night on the way to the hospital ??

Even though she did not attend the 2019 Met Gala, Amy Schumer decided to stop by to have her picture taken. She posted a picture of herself standing behind the production team in track pants.

A special appearance of the royals

About to announce some exciting news on @jessicayellin insta page. Please follow her for up to the minute #newsnotnoise she breaks down what’s really going on. She agreed to post a lil noise today for me! Follow her and VOTE!!

For her birth announcement, she badly Photoshopped her face and husband Chris's face on a picture of Meghan and Harry.

Gabrielle regularly posts pictures of her daughter Kaavia and the captions couldn't be funnier.

I saw the whole thing! That woman did not put nary a seasoning on that chicken. She actually said with a straight face that it had natural juices and that was enough. I reported her, she's right there. Shirley is the one blocking her car in.

In one of her hilarious captions she said,"I saw the whole thing! That woman did not put nary a seasoning on that chicken. She actually said with a straight face that it had natural juices and that was enough. I reported her, she's right there. Shirley is the one blocking her car in."

Excuse me I have to go be awesome.

Daily Affirmations. You are good enough. You are smart enough. Your poo is solid and doggone it, people like you! ????????????

In another post, the caption read,  "Daily Affirmations. You are good enough. You are smart enough. Your poo is solid and doggone it, people like you!"

America's late night dad, Jimmy Kimmel, has found a way of bringing out the humour on his children and from children across American households by pranking kids.

His popular challenge is the Halloween candy challenge.

I Told My Kids I Ate All Their Halloween Candy

He is also known for having funny family stories.

Also see: The hilarious parents of Twitter are at it again

the things we do

When she was playing dress-up with her daughter, Luna, and the outfit was too small, she didn't let that stop her from having fun with her child.

And being indecisive is every parents' struggle.

This way or that way

when luna is awake i want her to sleep and when she is asleep i want her awake. this is my parenting life.

Sometimes what seems strange is a mom's new normal. Sleeping with one breast out is pretty normal for moms and Chrissy is no stranger to that.

The “Deadpool” actor and his wife Blake Lively, have two daughters ? 2-year-old James and 5-month-old Ines. He is widely known for his funny parenting tweets.

On our 6am walk, my daughter asked where the moon goes each morning. I let her know it's in heaven, visiting daddy's freedom.

My daughter just sneezed into my yawning mouth. Seemed really fucking pleased with herself. Joke's on her. She'll have to bury me someday.

Share your funny parenting moments with us and we could publish your email.

We live in a world where facts and fiction get blurred
In times of uncertainty you need journalism you can trust. For 14 free days, you can have access to a world of in-depth analyses, investigative journalism, top opinions and a range of features. Journalism strengthens democracy. Invest in the future today. Thereafter you will be billed R75 per month. You can cancel anytime and if you cancel within 14 days you won't be billed.
Subscribe to News24
Related Links
Too cute for words! Ten local celebrity kids we all love
IN PICTURES: Famous dads who had babies this year
Celine Dion shared the surreal experience she had after giving birth
Next on Parent24
Prince Albert's four children appear together in rare photo