Just because it's my culture, does it make it right? 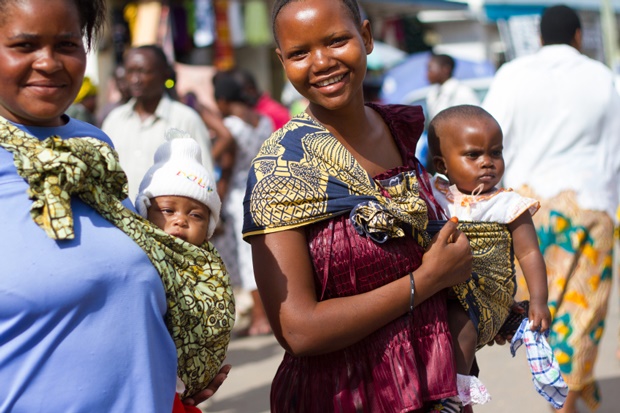 When you’re a mother, doctors, friends and family are all valued resources when it comes to soliciting advice about everything from teething remedies to colicky babies. But adding cultural or traditional choices into the mix causes even more confusion when it comes to making decisions that are in the best interest of your child.

“It is important to recognise that most urban and suburban parents in South Africa today are culturally proficient in many different cultural practices and the level of acculturation is an important factor to consider,” says educational psychologist Dr Salome Human-Vogel.

She says a distinctive difference between traditional and modern parenting exists among those who educate themselves about different parenting practices, exercise choices about how they want to raise their children, and want the grandparents to respect the choices they make for their children; as opposed to those who largely follow the cultural practices of the family of origin and who do not question cultural practices.

The African saying that says, “It takes a village to raise a child,” has much truth in it when it comes to raising children because grandparents and an extended family are beneficial to children – but only when those relationships are not marked with tension.

Johannesburg-based digital content manager and mother of an eight-month old son, Nonkululeko Godana, 28, says that when her aunts and cousins came to visit a month after Khaya was born they advised her to give him Haarlemens Druppels “to protect him against bad energies – of visitors” and gripe water for when he has colic. After chatting to her midwife and doing some research online, she fed the information back to her family and earned herself the nickname “Umamawe-Internet”.

“Newer parents have many more resources at their disposal, especially with the technological advances, and are therefore in a position to make informed parenting decisions,” says counselling psychologist Rakhi Beekrum. But not all mothers enjoy the benefit of understanding families, as Nonkululeko does.

“A conflicted mother is likely to be inconsistent in the demands that she makes of her children, and she will probably feel so tense and anxious that she will make for an anxious and tense baby that maybe more prone to illness. Inconsistent parenting of a child leads to insecurity and anxiety in a child, which will lead to difficulty with discipline as the child gets older,” says Dr Human-Vogel.

Stay-at-home mom Nompumelelo Katlego, 21, says her baby’s grandparents operate on opposite sides of the traditional scale. Her grandmother, whom she lives with, believes in modern medicine where as her in-laws are very traditional.

Read: Granny and your newborn - the rules

When Siphosethu was two weeks old she noticed a strawberry-shaped mark on the back of her son’s head, which she didn’t really think anything of until his paternal grandmother labelled it as “ibala”. She described it as a deadly mark, which is a symptom of a sick child that needs to be attended to by a traditional healer.

Scared, confused and not knowing any better Nompumelelo had little choice but to follow their instructions. It was only when the healer took out a razor blade and began cutting around the seemingly innocuous mark that she realised this is not what she wanted for her child.

Paediatrican Dr Heyns says there are two types of red birth marks that can appear on a baby’s head and they are all harmless. One is a capillary haemangioma or stork bite that is present at birth found on the forehead or nose of upper lip or eyes. This mark gets lighter with age.

The other part of the stork bite appears at the back of the head, usually very red in colour, and sometimes does not disappear but does not get bigger. The second type is not present at birth and starts to develop, increases in size, and gets brighter and lumpy. They continue to grow until a baby reaches the age of two and then slowly starts shrinking again. “If the strawberry mark is unsightly, we treat it but otherwise it is harmless.”

“He was screaming and hysterical with pain and I just stood helplessly watching them let the blood from his head, ”Nompumelelo recalls of that day. “They then applied an ashy powder to the wound and gave her imbiza – a mixture of crushed and boiled plants for her baby and her to drink three times a day until finished.

According to traditional doctor Derick Mnisi, as documented in the National Digital Repository, “Most people use is as a form of detoxification. It’s also alleged to be able to clear constipation and acne, to reduce stress, and even help with arthritis.”

“Siphosethu and I still drink it but I often forget to take it,” Nompumelelo adds. She says that the mark has decreased and she’s relieved but has been told it can reappear. Another family member had the same mark and her family believes the little one can see ghosts. This is one of the symptoms of being affected by the deadly mark.

More about: What birthmarks really mean

It doesn't stop there

Nompumelelo says her in-laws also accused her of starving her child when she refused to feed him porridge when he was a week old.

Clinical nutritionist Nicci Robertson says babies are not born with fully developed digestive tracts and “giving solids too early can not only cause damage but results in a number of health issues such as constipation, reflux, gas and severe pain.”

The eye-opening experience with her in laws has taught Nompumelelo to trust her own instincts when it comes to choosing what’s right for her baby. “I’m learning every day,” she says.

Adds Dr Human-Vogel, “I think what is important in this situation, and what will affect the child and the family negatively, is not the belief that a particular type of medicine will get rid of evil spirits, but the way that the family deals with the conflict that these differences generate. We live in a society where people are proficient in many cultures and differences will arise in many areas, not only in spiritual or cultural domains of life."

Many young women face the dilemma of making the choice between following the wishes of their family and making their own decisions. And many, like Tanya, pick and choose what they feel comfortable with and what suits their individual lifestyles.

“The best way to deal with these differences is for parents to appreciate that grandparents, who grew up very differently, see themselves as the custodians for the next generation. It is important for a grandparent to feel as if they have done their job well. If parents question their wisdom, they can feel a sense of failure,” says Dr Human-Vogel.

She recommends  finding a mentor or more than one older person (doctor, nurse, midwife, friend or sister) that you trust and that have similar ideas about parenting as you have, and discuss any insecurities you may have with them. People are much more independent, want to make their own choices, have been taught to question things and often do not know how to deal with this.

Must read: When mom and dad parent differently

Try to compromise where you can in an effort to show your parents and your family you don’t reject everything, but you would like to do some things different.’

Vuyiswa Mutshekwane, a 26-year-old fashion buyer, says she’s grateful that her family is pretty new-age, but she did opt to stay with her mother for the  first six weeks after her son, Amani, was born. “I couldn’t do more than that because I thought it was more important for my husband to bond with the baby and get used to him as early as possible. There are some things I’ll compromise on, like allowing my mother in-law to give Amani his second name. But when it comes to raising him, we as the parents ultimately have the final word.”

We live in a world where facts and fiction get blurred
In times of uncertainty you need journalism you can trust. For 14 free days, you can have access to a world of in-depth analyses, investigative journalism, top opinions and a range of features. Journalism strengthens democracy. Invest in the future today. Thereafter you will be billed R75 per month. You can cancel anytime and if you cancel within 14 days you won't be billed.
Subscribe to News24
Related Links
Most controversial parenting debates of 2015
Is it okay to have just one child?
How to raise a confident toddler
Next on Parent24
FEEL GOOD | 'I finally have my arms around my son': Mom reunites with her son after 40 years apart