According to this US study, Fortnite is bigger than social media among teens and tweens 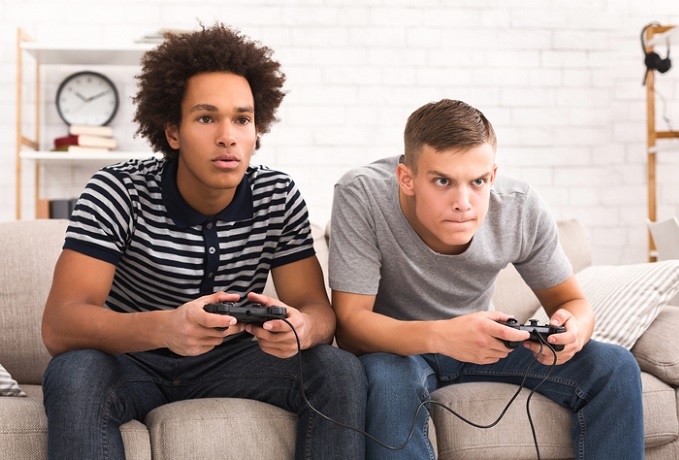 "Consumers say it’s the best place to be my authentic self and to connect to what everyone is talking about, making me feel like I’m not alone."

It's only been around for two years now but at 250 million users, Fortnite is almost as popular as social media giant Twitter, which has spent 13 years building an average of 330 million users globally.

Recently released research by the National Research Group (NRG) in the US has revealed just how beloved the online video game is among tweens and teens, calling the game a major threat to all social media platforms for this particular age group.

The study likens Fortnite to social media by noting that "audiences cite [the game's] social elements as the primary motivators for playing," finding the game to be an "immersive experience centered around lasting social connection."

"Consumers say it’s the best place to be my authentic self and to connect to what everyone is talking about, making me feel like I’m not alone," the study highlights.

In a recent interview with digital financial-news platform Cheddar, NRG CEO John Penn shared some of the studies findings (watch the interview in the video above).

In addition to teens ranking the platform as a favourite over "any other medium," the  study found that:

The NRG findings aren't exactly groundbreaking in terms of the video game industry's popularity. In 2018 Gamecraft.com identified video games as "the most popular and profitable form of entertainment" noting that even as far back as 2016, the gaming industry had accumulated "an estimated revenue of $116 billion," while Facebook's revenue in the same year amounted to $8.81 billion.

The study does raise concerning findings on how addictive the video game may be among youth, with 60% of tweens saying "they’re playing more this year than last year."

Also see: Prince Harry is calling you out for letting your kids play Fortnite

Is the game addictive?

Earlier this year, Prince Harry publicly criticised the game describing it as "irresponsible" and "created to addict."

In 2018, the game came under fire after an incident involving a 9-year-old girl who had been so engrossed in the game that she had wet herself while playing non-stop for 10 hours.

According to reports, the child had become aggressive since playing the game, was failing in school and had lost interest in her extramural classes.

Shortly after the incident, the World Health Organisation recognised gaming disorder as a disease, highlighting that the condition impacts "only 0.003 to 1% of the population who engage in video-gaming activities."

While there have not been any decisive studies proving that Fortnite is addictive, researchers say that managing a child's gaming is paramount.

Follow this link for more on gaming disorder in children and tips on how to help your child maintain a healthy approach to gaming: How to know if your child is addicted to video games and what to do about it

We live in a world where facts and fiction get blurred
In times of uncertainty you need journalism you can trust. For 14 free days, you can have access to a world of in-depth analyses, investigative journalism, top opinions and a range of features. Journalism strengthens democracy. Invest in the future today. Thereafter you will be billed R75 per month. You can cancel anytime and if you cancel within 14 days you won't be billed.
Subscribe to News24
Related Links
Don't worry mom, the new ‘Spider-Man’ video game is literally fun and games, but it's also...
4 ways playing board games with your kids will boost their brains
So, your child wants to be a professional gamer?
Next on Parent24
FEEL GOOD | 'I finally have my arms around my son': Mom reunites with her son after 40 years apart