Daddy shaming: family and friends are usually the main offenders 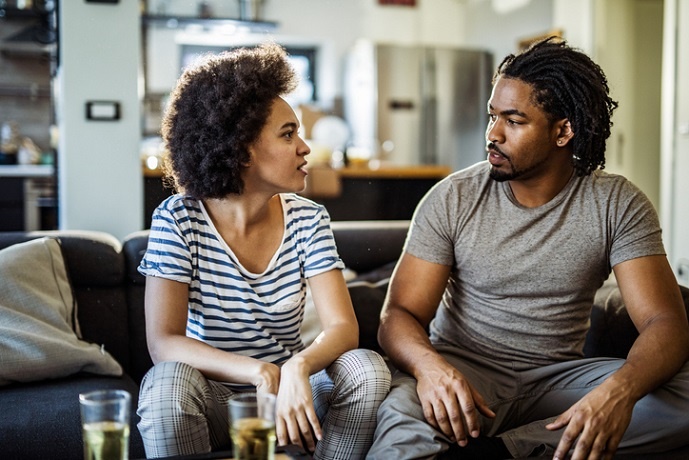 Motivating for some, discouraging to others.

Mommies aren't the only ones on the receiving end of criticism and judgement when talking child-rearing, and one survey by the University of Michigan's Mott Children’s Hospital is showing all the ways dads are being undermined and critiqued.

Pooling answers from than 700 men, the poll revealed that more than half (52%) had received negative feedback for their parenting.

Here's what they found:

The polled dads admitted that it was their nearest and dearest who were most quick to judge, naming and shaming their co-parents (44%), followed by their children's grandparents (24%), and lastly their friends (9%) as the ones who found their parenting skills lacking.

Also see: It's in the brain, dads are wired to be as nurturing as mothers

Have you been dad shamed? What was the reason and how did it make you feel? Share your story with us, and we could publish your mail. We won't share your name if you'd prefer to stay anonymous.

Why dads are dissed

As for the whys, the dads (67%) said it was how they chose to discipline their children that most offended others.

For 43% of respondents, what they fed their children was found to be problematic, and 32% said that not being attentive enough was another sore point for their dad critics, while an additional 32% said they had been labelled "too rough" with their kids.

The survey also asked men how they felt about being shamed, and the majority (49%) reported that they embraced the negative feedback and changed their approach.

Improving their parenting game by "seeking out information or advice on the topic of criticism" had been the response of 40% of the dads polled.

But not all dads took it on the chin, 28% said the judgements made them question their parental confidence and 19% said criticism made them want to be less involved as a dad.

Apart from family and friends, teachers, healthcare professionals and strangers were also named as daddy shamers.

The research team behind the poll reason that dad shaming "may be a reflection of historical gender roles, where mothers are viewed as more natural caregivers, and fathers as having limited parenting capabilities that need supervision or correction."

Also see: Why dads can’t be the dads they want to be

How is daddy shaming different from mommy shaming?

In 2017, Mott Children’s Hospital conducted a similar poll, asking moms about their experience with being mom shamed.

Much like fathers, 61% of moms said family often critiqued their parenting, and the list was made of their co-parents, their children's grandparents, friends and even their children's nannies.

Unlike their male counterparts, moms (12%) also reported being shamed by other moms in public spaces.

For the daddy shaming poll, 90% of men were of the opinion "that most fathers do a good job taking care of their kids."

Have you been dad shamed? What was the reason and how did it make you feel? Share your story with us, and we could publish your mail. Anonymous contributions are welcome.

We live in a world where facts and fiction get blurred
In times of uncertainty you need journalism you can trust. For 14 free days, you can have access to a world of in-depth analyses, investigative journalism, top opinions and a range of features. Journalism strengthens democracy. Invest in the future today. Thereafter you will be billed R75 per month. You can cancel anytime and if you cancel within 14 days you won't be billed.
Subscribe to News24
Related Links
'Strollin’ with The Homies': 100 dads took their kids for a stroll through a park in NYC – and...
WATCH: That toddler had another adorable ‘conversation’ with his dad – are we crying or is it...
A "profound experience": Local filmmaker dad reveals motivation behind his short film about an...
Next on Parent24
FEEL GOOD | 'I finally have my arms around my son': Mom reunites with her son after 40 years apart