Does having children make us care more about the environment? 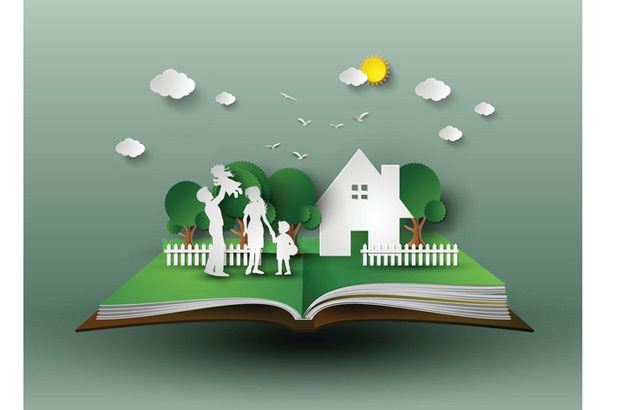 Psychologists have long been looking into the gap between our intentions and behaviour when it comes to the environment. Many of us say that we are concerned about climate change, for example, and yet few take any action beyond household recycling.

Researchers think that one of the main barriers to action may be psychological distance. The most severe impacts of climate change will not be felt by us, but by future generations, and it can be difficult for us to consider the long-term consequences of our day-to-day actions.

So what could make us care more about how our behaviour risks the future of the environment? Perhaps having someone whose future we are invested in reminds us that the world will continue long after we are gone? It is possible that having children can bridge the distance between ourselves and the future.

And maybe, just maybe, children, as an extension of ourselves, can make us think more about the next generation and the world we are leaving for them.

It sounds like a promising theory – but our latest research has found that this is not necessarily the case.

Wanting to leave a positive legacy for future generations is one of the key stages of psychologist Erik Erikson’s theory of psychosocial development.

It may be that by having children we may not only consider the material or financial legacy we are leaving them, but also the quality of their environment. This is what we call the “legacy hypothesis”. In one study, researchers found that asking people explicitly about the legacy they would like to leave for future generations increased their concern about climate change and other environmental problems. In another, they found that asking participants to take a parental role perspective did the same.

There is however little direct evidence that becoming a parent changes our environmental attitudes and behaviour. Although some have found a “motherhood effect” – where mothers show greater concern about the environment than fathers – these differences are often explained by the perceived social role of women as nurturers and carers of children.

In our study, we set out to test the idea that having children can make people care more about the environment. Using data from the Understanding Society survey – collected over the course of three years from 40,000 UK households – we looked at whether people who had new children changed their environmental attitudes and behaviour, compared to those who did not have new children in the same period.

We found that having a new child actually decreased people’s environmental attitudes and behaviour – although these changes were very small.

Even among first-time parents and first-time mothers, we found a small number of negative changes. These groups were less likely to wear more clothes instead of more heating, use public transport, or share a car with others.

Only first-time parents who were already concerned about the environment had a small increase in their desire to have a greener lifestyle, but this did not lead to any actual changes in behaviour.

Although our results show that people may not naturally become more concerned about the environment after having a new child, it must be said that becoming a parent brings various changes that make it more difficult to act in an environmentally friendly way.

Parenthood can change a person’s entire outlook, as the child’s immediate well-being becomes the central focus in one’s life. And any parent can tell you about the time crunch that comes with looking after a newborn. So it’s understandable that we may want to drive more, or turn up the heating, in order to look after our little ones.

What all of this means is that we cannot just assume being a parent will make people care more about the environment.

Though they may be more receptive to climate change messages, parents need to be as conscious as everyone else about their actions. We already know that the transition to parenthood is a good time to form new and more sustainable habits but it will have to be an active effort on their part.

What are some of the ways you and your family take the environment into consideration when it comes to recycling, waste management or water and energy conservation? Tell us by emailing to chatback@parent24.com and we could publish your letter.

We live in a world where facts and fiction get blurred
In times of uncertainty you need journalism you can trust. For 14 free days, you can have access to a world of in-depth analyses, investigative journalism, top opinions and a range of features. Journalism strengthens democracy. Invest in the future today. Thereafter you will be billed R75 per month. You can cancel anytime and if you cancel within 14 days you won't be billed.
Subscribe to News24
Related Links
When the taps run dry: what is your family's plan to cope with severe water shortage?
Water crisis: cloth vs disposable nappies
13 weird, but absolutely necessary ways to save water
Next on Parent24
FEEL GOOD | 'I finally have my arms around my son': Mom reunites with her son after 40 years apart