Helen Zille on her postnatal depression: "How could having a baby be so hard?" 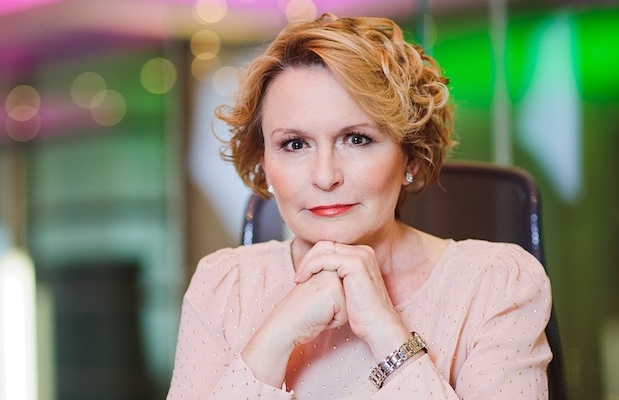 The 1980s will be remembered by Western Cape premier and anti-apartheid stalwart Helen Zille as The Struggle for more than one reason: she was majorly involved in the political grassroots movement against the old regime, and she was suffering, privately, from postnatal depression.

In her autobiography, released today October 11, she recounts the anger, the helplessness and the guilt she felt in detail, and with beautiful honesty. The following frank account is an extract.

"Paul’s birth precipitated the first rough patch of our marriage. We had a perfectly healthy little boy, but it came close to turning out differently. Without going into all the details, after 14 hours of heavy labour and minimal dilation, the medical team overruled my determination to have a natural birth. 'This is the twentieth century, you know,' the labour ward sister said archly, as the epidural was administered.

"With the pain under control, Johann dashed to UCT in time to give his scheduled lecture to his first-year students. On his return, he watched the monitor tracking the baby’s heartbeat. Suddenly, he got up and left the labour ward. After what seemed like an eternity, he returned with a sister, who turned me around, attempting to get the baby’s heart rate to return to normal. She succeeded. Not long afterwards the doctor arrived.

"My memory is a blur of leg straps, bright lights, forceps, the fear on Johann’s face, and the power with which the doctor pulled. I couldn’t believe that any baby could survive that, but was powerless to do anything about it. The baby had gone into stress and had to be taken out, fast."

"I was furious with him"

"Never, before or since, have I been so helplessly vulnerable and dependent on the expertise of others. I knew that the outcome of those few minutes would shape the rest of our child’s life, and mine and Johann’s. Paul emerged a light shade of purple, with two tiny red marks on his temple bones, where the forceps had been perfectly positioned to prevent damage to his brain. I was amazed, grateful to Dr Baillie, and furious with Johann.

"I learnt later that being furious with your husband during and after a difficult labour is standard textbook stuff.

"'How could you go and give a lecture to your students in the middle of my labour?' I demanded.
"'Because your pain was controlled, you dozed off, your labour still had a long way to go, and my lecture was on a topic that is going to be in their ex-ams,' he replied.
"I was implacable. 'If you had come back half an hour later, our baby could have been damaged.'
"'Well, I didn’t and he isn’t,' replied Johann. Which just got me angrier. I was in no mood for logic."

"I wondered if this was normal"

"I battled to breastfeed and the baby got jaundice. I battled to follow the instructions on how to fold a nappy for a baby boy, despite the detailed diagram in Marina Petropoulos’s lovely baby book. I battled with a hungry, crying baby who would not sleep. I battled with everything. I wondered if this was normal. Didn't all people come into the world this way? How could it be so hard? How could mothers raise multiple children in shacks with no running water and sanitation?

"My parents came down from Johannesburg to stay with us and meet their first grandchild. We had planned their visit to coincide with a trip Johann was scheduled to take, to a conference abroad, because his application for a passport had been granted for the first time in 15 years. I had no problem with this arrangement before the birth but became resentful afterwards.

"Johann returned after a week abroad to find a huge pile of exam scripts waiting to be marked and a wife in the throes of a full post-natal depression. My parents returned to Johannesburg and we were on our own in a house that was not yet a home, with an old, fraying asbestos roof, and a baby who wouldn’t sleep."

"I was a hamster on a wheel"

"I was producing hardly any milk, but was determined to breastfeed, so I combined the breast and bottle at each feed, which took an hour each time. If he drank enough I could get him to doze off, but he would wake again within an hour, usually just as I was going back to sleep. And the routine would begin again. Extreme sleep deprivation aggravated my depression. In a 24-hour cycle I was lucky to find 30 minutes to shower and get out of my dressing gown.

"I was on a hamster wheel, running as hard as I could and getting nowhere. The ancient washing machine that had come with the house (I think the original owner was pleased to be rid of it) couldn’t cope with a load of nappies, so first thing each morning I would do hand-to-hand combat with the pile of nap-pies soaking in the steriliser bucket. The greatest achievement of my day was standing back and admiring the row of washed, white nappies on the line. Within 30 minutes the next nappy was back in the bucket. Sisyphus endlessly pushing the rock up the hill, only to watch it roll down again, was nothing com-pared to the nappy routine.

"But what I fixated on was the fraying blue asbestos roof. I had discovered it on one of my cleaning expeditions during my 'nesting' phase. I became convinced that I was putting our baby at risk by living in a place where blue asbestos was flaking off the roof and, presumably, floating in the air. The more I read about the dangers of asbestos, the more concerned I became. Eventually, to survive the combination of work pressures and my depression, Johann sent me and our son to live in Johannesburg with my parents."

"I felt guilty for being depressed"

"At this time my sister Carla, who was studying in London, experienced a serious setback with what remained of her hearing, which hit us all profoundly. We all felt helpless, and again, amazingly, she managed to deal with this crisis, in an unfamiliar environment, under the pressure of a very demanding design course. The guilt I felt about being depressed when, objectively, I had everything to be joyous about added to my bewilderment. The prescribed medication seemed to make no difference.

Fighting conscription for the sake of her boys

"Another aspect to my depression was undoubtedly the deteriorating political environment. On 7 October 1984, two days before Paul’s birth, the South African Defence Force had entered Sebokeng, in the Vaal Triangle, to crush a popular uprising. I feared we were moving into a full-scale civil war.

"Conscription still loomed large for young men and I dreaded the prospect of my son having to face the same choice as my brother had had to do 10 years earlier – being conscripted into an unjust war, going to jail or leaving the country. What had I been thinking about when I decided to bring a child into this world? And how could I have wanted a boy? It was too late to ask myself these questions, so I joined the End Conscription Campaign."

"I would not have survived that period without the assistance of Eunice Voyiya, who had six children of her own. I marvelled at her. How had she managed it? The appearance of her coming around the corner at nine o’clock each morning was the highlight of my day. She took my baby, slung him onto her back, tied him on with a cloth, and calmly went about her chores while he slept contentedly. In the afternoon, when she handed him back to me, he inevitably started yelling again. And I began counting the hours till Eunice’s re-appearance.

"Our friends were marvellous in the support they gave us, and none more so than Ingrid and Pieter le Roux, who invited us to go on holiday to Keurbooms River with them and their three young sons. They could see we needed support. That break was the start of my recovery – and the start of a holiday odyssey that continues to this day. After renting a holiday cottage in Keurbooms every year for five years, we eventually pooled resources to buy a cottage ourselves, and have spent many unforgettable family holidays there, jointly and severally."

"After 18 months my depression started lifting, but it took me almost four years to consider the possibility of having another child. After two further miscarriages, we decided to be a one-child family, but by that time Thomas was already on the way. This time, I told myself, I would do things properly. We hired a midwife, who prepared me well. I avoided the mass maternity ward at the Mowbray, and allowed myself the luxury of a semi-private ward at the Constantiaberg. It was a totally different experience, a natural birth in early July, where I could lie in bed with a TV in the room watching Wimbledon while bonding with my baby. I felt indulged.

"But, despite the fact that Tom was a calm and peaceful baby, I did not escape the depression. Johann was better prepared for what lay ahead. 'We are going to take this baby one nappy at a time,' he told me." Helen Zille's book, Not Without a Fight: The Autobiography, is available from today from Takealot, Exclusive Books and other major book retailers. Excerpt with kind permission from Penguin Random House.
Have you suffered from postnatal depression? Did you know you were suffering from PND at the time? Did you get medical help and support from your family and friends? How and when did you overcome your depression? Please send your stories to chatback@parent24.com.

We live in a world where facts and fiction get blurred
In times of uncertainty you need journalism you can trust. For 14 free days, you can have access to a world of in-depth analyses, investigative journalism, top opinions and a range of features. Journalism strengthens democracy. Invest in the future today. Thereafter you will be billed R75 per month. You can cancel anytime and if you cancel within 14 days you won't be billed.
Subscribe to News24
Related Links
Postnatal depression quiz
Exposing postnatal depression
When motherhood means misery
Next on Parent24
FEEL GOOD | 'I finally have my arms around my son': Mom reunites with her son after 40 years apart