Black Mirror: How far would you go to keep your child safe? 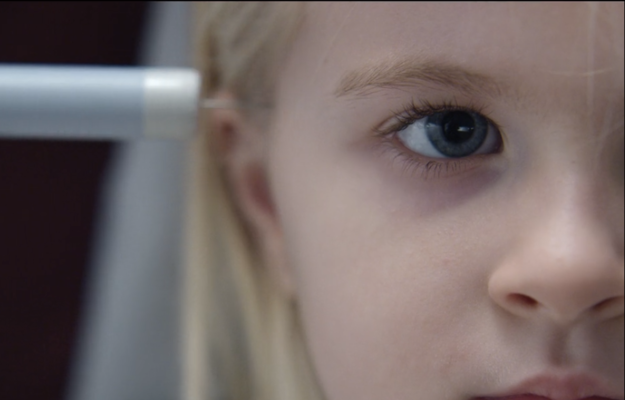 Unless you live under a rock, you should know that popular Netflix show Black Mirror is back! For those who don't know, Black Mirror is a Twilight Zone-esque show that questions our interactions with and dependence on technology. The show is now in its fourth season – ironically, audiences find themselves glued to their screens, ready to be shocked at hypothetical effects of what technology does to humanity.

The second episode of the fourth season is titled Arkangel and was directed by Oscar-winning Jodie Foster. The episode tells the story of Marie (Rosemarie DeWitt), a single mother to daughter Sara (Brenna Harding). Marie wants to be a good mother – we can tell from the first scene where she chastises herself for not being able to push Sara out during birth and having to be rushed to an emergency c-section. Also read: Are you over-parenting your child?

Fast-forward 3 years and Sara goes temporarily missing, after chasing a stray cat while playing in the park. This incident causes Marie to try out a free trial called the Arkangel. This system is implanted into a child's brain and parents are able to track and monitor their children from the app.

The app is a blessing for Marie: she's able to track where Sara is, what her daughter sees and hears and even see when she's distressed or in need of any vitamins and nutrients in her body. The Arkangel puts Marie at ease and all is well for mother and daughter. Sara's vitals on the Arkangel. [Netflix].

For tween Sara (Sarah Abbott), the Arkangel is a curse. She is unable to interact with her peers as most of the content they're beginning to consume and explore has been blocked from her vision and hearing by the app and ultimately, Marie switches Arkangel off for her sake. But the older Sara gets, the less in touch her mother is with her and the trusted device is used again, this time without Sara's knowledge.

Like many parents, Marie does not want to see her child in danger – who can blame her for going to such extreme lengths? Most parents would want to know where their children are at all times, not to be intrusive but to keep them safe. How amazing would it be if parents had an app that would tell them when their child is in danger, feeling distressed or what is wrong with them when they're sick? Marie using the Arkangel to see what Sara sees. [Netflix].

Also read: Your overprotective parenting could be harming your kids

Marie is not a bad mother for wanting to keep her child safe. However, it seems that Marie's downfall is one she's not aware of either: she does not trust her child and has an intense fear of not being needed. She wants Sara to stay innocent and untouched by the world forever.

Perhaps it is ironic that in the final moments of the episode, during a confrontation between Sara and her mom, Sara's hearing and vision are blocked as she attacks her mother with the tablet that was used to monitor her. Marie is unable to see that she's crippling Sara's growth and perception of the world. Because of her mother's coddling, she's had to explore the world in a stealthy manner.

Sara's reaction when she figures out her mother has been using the app again. [Tumblr].

Marie is what we call a 'Helicopter Parent'. These are parents who hover over their children, excessively focused on them. This parenting style can can cause many negative factors on children such as:

These parents can still change their style. US parenting and youth development expert Dr Deborah Gilboa, who started online platform www.AskDoctorG.com, said, "As parents, we have a very difficult job. We need to keep one eye on our children now and one eye on the adults we are trying to raise. Getting them from here to there involves some suffering, for our children as well as for us."

Letting children explore the world on their own terms with parents monitoring their every move can do them good. Doing so does not mean you're a negligent parent, but one that is able to raise children that are confident, independent and realistic.

Would you install a device like the Arkangel in your child or do you think that children should have the freedom to explore the world on their own terms? Comment below or send your thoughts to chatback@parent24.com.

Share your thoughts and comments with us by emailing to chatback@parent24.com and we may publish your letters. Sign up to our Weekly Newsletter to receive Parent24 stories directly to your inbox.

We live in a world where facts and fiction get blurred
In times of uncertainty you need journalism you can trust. For only R75 per month, you have access to a world of in-depth analyses, investigative journalism, top opinions and a range of features. Journalism strengthens democracy. Invest in the future today.
Subscribe to News24
Next on Parent24
WATCH | Brave 3-year-old girl tests out skydive simulator for her birthday