It's 2018! What is "the motherhood penalty" and why does it even still exist? 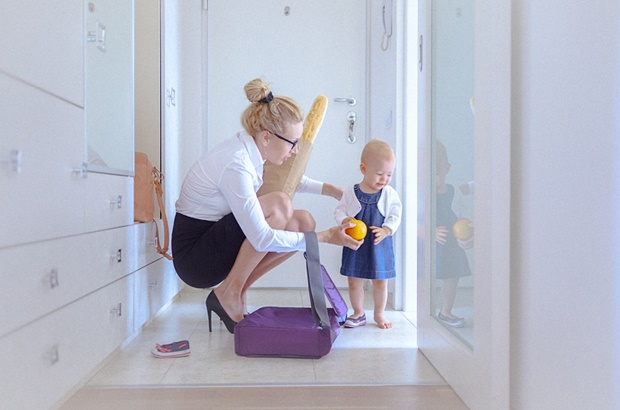 There is no doubt in my mind that there’s still something sinister living and breeding in Hollywood, as sexual predators are finally exposed and actors and actresses alike keep being outraged by the ridiculous pay gap between men and women.

The latest outcry comes after single mother of two Catt Sadler left E! Entertainment after finding out she made close to half the money of her male co-star, while Michelle Williams was paid less than $1 000 to reshoot scenes of her upcoming film alongside Mark Wahlberg, who earned $1.5 million.

Yes, there is no doubt in my mind that there’s still something sinister living and breeding in Hollywood, or should I just say the workplace in general, in 2018.

The pay gap in SA

In a South African context, according to the Women in the Workplace research programme at the University of Johannesburg, women are reportedly paid an estimated 15%-17% less than men.

The National Bureau of Economic Research (NBER) states, "It takes women 10 more years to earn a man’s pay. If we don’t close the gender wage gap, the typical 20-year-old woman starting full-time work today stands to lose R5 million over a 40-year career compared to her male counterpart. When he retires at age 60, she would have to work 10 more years, to age 70, to make up the difference and close this lifetime wage gap.”

In a 2012 research report by social psychologist Corinne Moss-Racusin et al, she details how they conducted an experiment that proved the wage gap existed. After creating two resumes that were identical, apart from the names John and Jennifer at the top, Corinne and her colleagues passed it along to STEM professors for assessment. The study concluded that, should Jennifer get the job, her salary would be 13% less than John’s. And why, you ask? Well, because he was seemingly more competent than Jennifer, who had the exact same qualifications and experience.

The motherhood penalty is the term given by sociologists when working mothers are considered less competent because they may not be able to do or handle the same work as a man or non-mother while having to take care of her children. As a result, she then earns less than men and non-mothers.

That being said, even for women who are not yet mothers, the so-called motherhood penalty still applies because women are considered less loyal and reliable than men, because it’s assumed that they will eventually leave their place of work once they get married and have children.

If they decided to continue working after giving birth, they’d then supposedly need flexible working hours or only be able to work part-time, in a lower-income, less gruelling position.

So the gender gap still exists and the definition of the ideal workforce is just as it was in the 20th century. Thus, according to Andrea Rees Davies and Brenda D. Fink, the ideal worker is: “a man completely devoted to his employer, his faithfulness rewarded by promotions.”

We have more to offer than you think

Assuming that a woman would somehow lose her competency and power after becoming a mother is rather misguided, to say the least. In fact, once you find out you’re having a baby, you have no choice but to become stronger and tougher than ever before. And childbirth is one thing, but nothing will prepare you for what’s to come.

Sleepless nights, endless cries (that your partner’s not sure is coming from you or the baby) and terrible-twos that will test your patience like no client in the office ever will – choosing to become a mother is no less challenging than having a 9 to 5 job. Except, of course, that it's 24/7, with no leave days and you only get paid in love and cuddles.

The motherhood penalty is limiting women from, quite frankly, reaching their potential. And in so doing, limiting the economic growth of our country. Women should not, for starters, be paid less simply because they might want to have a family, nor should it matter if they do. And if anything, mothers will bring a new resilience and tenacity to the workforce – one you cannot simply possess, before taking on the most rewarding and challenging job of all: motherhood.

Are you a working mom? How do you cope with balancing parenting and working? Have you experienced any workplace discrimination as a result of it? Tell us by emailing your story to chatback@parent24.com and we may publish it. Do let us know if you'd like to remain anonymous.

Sign up to our weekly newsletter to receive Parent24 stories directly to your inbox.
We live in a world where facts and fiction get blurred
In times of uncertainty you need journalism you can trust. For 14 free days, you can have access to a world of in-depth analyses, investigative journalism, top opinions and a range of features. Journalism strengthens democracy. Invest in the future today. Thereafter you will be billed R75 per month. You can cancel anytime and if you cancel within 14 days you won't be billed.
Subscribe to News24
Related Links
To the working moms out there - we really can have it all
Working mom receives encouraging words from 8-year-old daughter
This photographer captured just how exhausting parenting actually is!
Next on Parent24
Tattoo-obsessed mom criticised for inking her one-year-old from head to toe

Read more on:
working moms
Events
Sasol is looking for bursars for an all-inclusive bursary for 2023 - Apply now