Playground fights: where do you stand? Pushing and shoving in the playpen is a given. Playground politics is a given. There’s always a barney of sorts. There will always be the pre-teen who is age-inappropriate for the kiddies play area. Or the slightly older boys and girls who just play roughly with no regard for the little ones sharing the area. The roughnecks, the bullies, the child who cries just because, the leaders of the pack. The list is endless.

It’s how you deal with said politics that sets the stage for a relatively cool meltdown, or one of epic proportions à la Spur dad style. In case you haven’t seen it, here’s the crux of the matter.

A brawl between parents resulted in Spur restaurants nationwide banning a man who could be seen being verbally abusive to a fellow diner after an apparent scuffle between their children in the play area. A child was grabbed. The altercation is an ugly one. The language is ugly – by both parties. The whole thing was, well, ugly – very ugly. The jury is still out on to what extent race, gender and anger management issues played a part in it. Was he just a bloody bully?

But no matter how one looks at it, the children on both sides bore witness to this appalling behaviour. And no child should have to watch his or her parent behave in such a manner.

So in the parent hierarchy of playground politics, which one are you?

Are you the one blinded by rage at even the slightest provocation? Do you tend to let your children roam free in play areas – "come back only if there’s real blood"? Or do you watch out for the one sucker you know will watch the entire play area, the parent who tends to hover, helicopter rotor blades at full speed? 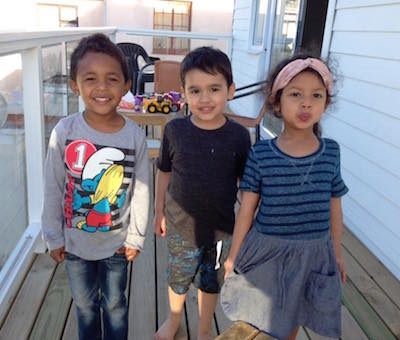 I used to hover a lot when Luca was younger. He is four and half now, so I hover a bit less. Parents can spot it a mile off. I would be the one parent who’d stand in the play area while the other moms would drink wine and eat in relative peace and quiet. A knowing wink or nod: Do you mind keeping an eye? You’re already there. And I would – because at the end I prefer keeping an eye on my own child. Yip, even at the Spur.

It is relatively easy to nip mini meltdowns in the bud if you have an eye on what’s happening. Watch for long enough and you can usually tell if a situation has the potential to escalate. That is when I usually go in, mostly at eye-level (on my knees) and, shock horror, have a reasonable conversation.

My usual approach is to speak to my son first and find out exactly what the issue is. Or to call him aside – usually within earshot of the potential offender – and say to please be careful, for such and such a reason. Most times the presence of an adult or the sense that someone is watching tends to calm things down somewhat. It is seldom that it doesn’t.

On the odd occasion when it does, I have learned to pick my battles, rather just step way and extricate my child from a potentially poisonous confrontation. Yes there is a time to stand up for yourself, and your child, but there is also a time when you back down and walk away.

I wouldn’t want my child seeing me scream like a banshee at a complete stranger (God knows he gets that at home for free!). Or worse.

What I do want my child to learn is to pick his battles. By all means stand up for yourself, but don’t become a bully in the process. Being overly aggressive won’t calm an explosive situation. And once it’s blown up, the way back is a long one.

And most of the time, the big losers are the children involved.

How do you handle playground incidents? What kind of parent are you? And what do you teach your kids about conflict resolution? Send your comments to chatback@parent24.com and we may publish them.