A 61-year-old German mother pregnant with her eighth child has revealed that it may not be her last.

Alexandra Hildebrandt, director of the Wall Museum in the German capital Berlin, is reportedly expecting her eighth child in July.

The 61-year-old mother said: "My eighth child does not have to be my last." 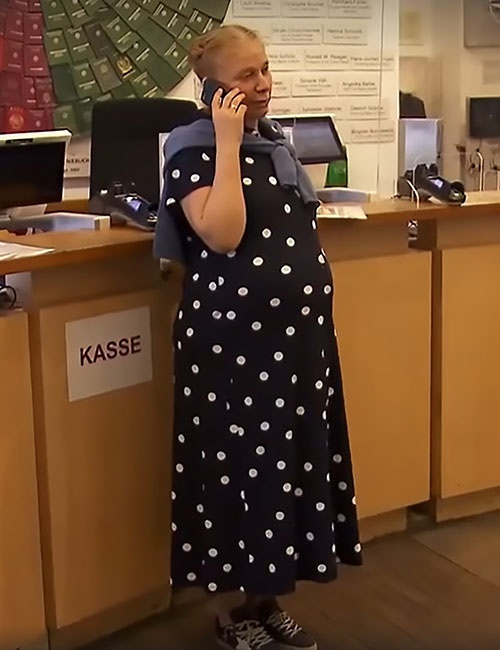 Speaking to local media, who said she sounded like a football player, she said: "We think from game to game..."

The children's father is management consultant Daniel Dormann, according to reports.

Local media said that Hildebrandt has a son and a daughter who are already grown up.

Her twins Elisabeth and Maximilian were born in 2013, followed by daughter Alexandra in 2014 and son Leopold in 2016.

When she was pregnant with her seventh child, she told local media:

"It has been exhausting. I've had chronic bronchitis for two months, but I'm feeling a bit better now."

Hildebrandt said that her eighth baby will be born in July and that they do not know its gender yet. She added: The 61-year-old mother, who had six of her children after her 50th birthday, explained:

"I do a lot of sports, eat a healthy diet, and we pray a lot. It is almost certainly also due to good genes."

When she was asked if her home is getting too small for all the ankle-biters running around, Hildebrandt said:

"Yes, it is already very cramped. However, we are frugal, and if the children can learn to live together and organise themselves in a tight space, they will find it easier moving around in larger rooms."

We live in a world where facts and fiction get blurred
In times of uncertainty you need journalism you can trust. For 14 free days, you can have access to a world of in-depth analyses, investigative journalism, top opinions and a range of features. Journalism strengthens democracy. Invest in the future today. Thereafter you will be billed R75 per month. You can cancel anytime and if you cancel within 14 days you won't be billed.
Subscribe to News24
Related Links
'World's Oldest Parents' took their twin girls home this week
What is the ‘right’ age to have a child?
Woman with two wombs and two vaginas overcomes the odds to deliver perfect baby girl
Next on Parent24
#NoOneWins: Everything you need to know about Parental Alienation