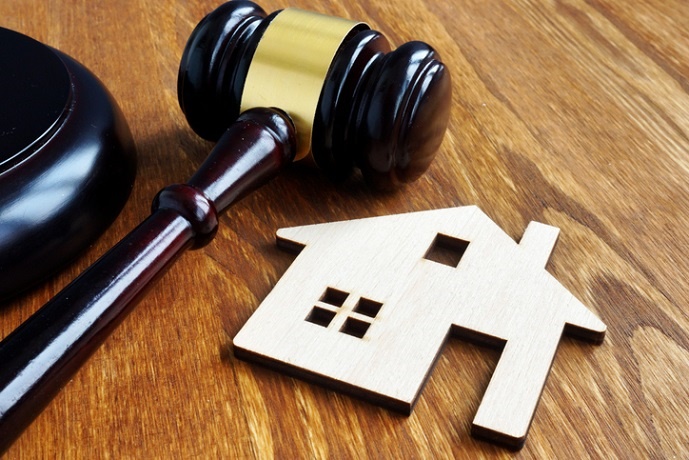 The final judgment on this contentious issue was made today.

The "reasonable and moderate chastisement" of children as a form of physical discipline by their parents is unconstitutional, the Constitutional Court has ruled.

Wednesday's judgment comes after Freedom of Religion South Africa (FOR SA), took a High Court judgment on appeal which struck down this form of chastisement as a defence in criminal cases.

Judgment: The vulnerability of children, their rights to dignity and to have the paramountcy of their best interests upheld, as well as the availability of less restrictive means to achieve discipline, render moderate and reasonable chastisement unconstitutional. pic.twitter.com/UE2KcypLYa

In October 2017, the Gauteng High Court in Johannesburg found that the common law defence of "reasonable and moderate chastisement" was unconstitutional. In that case, a father, a devout Muslim, had beaten his son, 13, severely because he found pornography on his iPad, and argued that he was entitled to do so because he was chastising his son as per his religious beliefs.

At the time, Parent24 reported that Judge Raylene Keightley made it clear that she was not ruling against disciplining children, but rather against corporal punishment. She explained that the removal of the defence would not prevent religious believers from disciplining their children, but that they may have to consider changing their mode of discipline.

In view of the importance of the principle of the best interests of the child, this is a justifiable limitation on the rights of parents, she said.

However, in November 2018 the organisation Freedom of Religion South Africa (FOR SA) argued before the Constitutional Court "to defend the rights of parents to raise their children in accordance with their moral or religious convictions."

FOR SA asked the Court not to criminalise "well-meaning parents who love their children and only want to do what is best for them, including reasonably and moderately chastising them at times when necessary, always in love."

"We must obey God, rather than men"

Their advocate argued that millions of South African parents believe that the Scriptures permit, perhaps even command, "reasonable and moderate chastisement", and that by making this illegal these parents will face the "unconscionable choice" of obeying the law or risking criminal consequences, and obeying their faith or risking potentially eternal consequences if they do not.

Also read: Churches are outraged by the decision to ban smacking your child in SA

She warned that if the law were to place believers in this position, many of them would have to take the same position as Peter in John (in Acts 5:29) and say "we must obey God, rather than men".

In early 2019 FOR SA noted that the Department of Social Development (DSD) moved to remove clauses proposing the criminalisation of physical correction in the home, regardless of how moderate or well-intentioned, from the Children’s Amendment Bill.

In a release on their website FOR SA Executive Director Michael Swain said "Millions of South Africans believe that physical correction, when reasonably and moderately applied, is acting in the best interest of their children. It is encouraging that government has heard what the people of South Africa have to say about this matter that directly and profoundly impacts every family in our nation."

In 2006 Archbishop Emeritus Desmond Tutu, in a Global Initiative to End All Corporal Punishment of Children report warned that "… millions of the world’s children still suffer from humiliating acts of violence and these violations of their rights as human beings can have serious lifelong effects. Violence begets violence and we shall reap a whirlwind."

"Children can be disciplined without violence that instils fear and misery, and I look forward to church communities working with other organisations to use the context of the Study to make progress towards ending all forms of violence against children," he said.

Download the PDF report on ending corporal punishment of children: A handbook for working with and within religious communities

The final judgment on this contentious issue was made today, with the Constitutional Court ruling that the common law defence of reasonable and moderate parental chastisement of children is consistent with the South African Constitution.

This means that parents who choose to use physical punishment - smacking, pinching or pulling on ears, for example - could face legal consequences.

Parents have plenty to say on the ruling.

Mom of one Cathryn agrees with the judgment, telling Parent24 "How anyone in 2019 can motivate for physically harming children, when there is so much evidence to demonstrate the long-term negative effects it has on children as they grow up, is astonishing."

"We’re reeling as a nation from horrendous crime stats and a shocking wave of femicide and child abuse and murder," she says, "where we’re seeing acts of brutality that seems incomprehensible; yet we simultaneously think physically disciplining our children is going to somehow raise a responsible and well-adjusted generation."

"Only a coward lays their hand on a child," Cathryn says, "That includes a child’s parent. There are a myriad of different ways to raise well-behaved, disciplined children and to stop bad behaviour in the heat of the moment. Smacking should never, ever be allowed in any form and I’m glad the South African government does extend protection of our most vulnerable class of society to inside the home."

Dad of two Tony told us that he thinks physically disciplining children is a method that a lot of parents resort to whether it's legal or not.

New mom Lize shared that "For me there's a big difference between a light smack done in love, and abuse or violence where the State has a duty to step in. I'm disappointed with the decision because parents should decide for themselves what is in the best interest of their children, because all children are different. As a parent I would love to have the choice in how I train up and disciple my child."

Share your thoughts and experiences with us, and we could publish your mail. Anonymous contributions are welcome.