When does 'mommy wine time' become a dangerous problem? 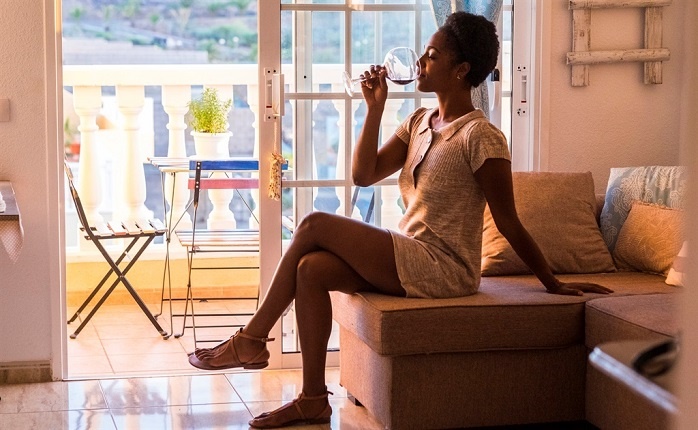 The wine-mom culture has become a symbol for the modern mother’s idea of self-care.

However, it has since been reduced to puns about pinot noir and knowing when to pump-and-dump, making it more destructive than one can think.

It’s become a standing joke among modern mothers that a glass of wine (or two, or three) is a necessary and well-deserved reward after a hard day of "mommying".

Many mothers will laugh about needing several strong cups of coffee until it’s an acceptable time to crack the first bottle of Chenin (after all, it’s wine o’clock somewhere in the world, am I right?).

We share Instagram memes about not understanding what a wine stopper is for and tag our mom friends in TGIF posts about needing to "rescue some wine" out of a bottle after a long week at work, or a mind-numbing afternoon at home with the kids.

And while we can’t afford to have a sense-of-humour failure when it comes to parenting (if we don’t laugh we’ll cry, right?), we need to be aware that perpetuating the wine-mom trope could be more of a problem for some mothers than we care to admit.

Normalising a culture that glamourises pills or alcohol as a coping mechanism to "get you through the day" is perhaps more problematic than any of us care to admit.

Addiction can sneak up on you

Cape Town mom-of-two Claire Choudhry knew she had a problem when she suddenly switched from drinking wine and beer to drink a bottle of vodka at night because it “was stronger and acted quicker”.

Before that, Claire had been finishing a bottle of wine or two each night to cope with persistent depression and anxiety. This year, Claire celebrated eight years of sobriety.

She believes that, had she not cut alcohol from her life when she did, her marriage may not have survived, and she wouldn’t have become a mom to Jack, 5, and Harry, 4).

Nevertheless, the Cape Town mom admits that alcohol still sometimes crosses her mind as a quick-fix solution for feelings of anxiety and being overwhelmed, especially during the hardest days of being a mom.

"Anxiety reared its head in the early days of motherhood – the first two years were especially hard for me. I was living in the UK at the time with no support system close by. And when you’re in it, it can feel like a permanent crisis and that you’re all alone. Lack of sleep made it that much worse for me," she recalls.

Also read: Alcohol ban is a must says sobriety coach : 'Industries can be rebuilt, once a life is gone it's gone'

Claire worries about the wine-mom culture, knowing how easily anyone can slip into a dangerous addiction to "take off the edge".

"I know so many moms who have suffered from postnatal depression or are emotionally affected after having children – I would imagine that these are the types of mothers who could easily seek out over-the-counter medication or alcohol to help them deal with their emotions," she says.

While Claire is a firm believer that each mom will know her limit, she highlights how dangerous habitual drinking can become, as it can escalate very quickly into dependence or addiction. For new mothers who are emotionally vulnerable and physically exhausted, a small daily pick-me-up could have potentially dire consequences if they’re not careful.

"It’s all about awareness and not making this mom-wine culture such a big deal. You can have a sense of humour about it, but you also have to be sensitive that it might be a trigger for another person. There are a handful of people who might go down a very slippery slope if they buy into the culture," she says.

Some women might be more predisposed to dependence on pills or alcohol than others – owing to genetics, personality type or family history, among several other factors.

So how do you know if you’re simply enjoying your wine responsibly or if you’re teetering on the edge of dependence – or worse, addiction?

"I think it’s different for everyone but, in my opinion, a red flag would be when you think about pills and alcohol all the time, or if you need something similar to relax, or to get through the day,”"Claire says.

She adds that alcohol shouldn’t be something you’re constantly thinking about. Ideally, you should be able to enjoy it on occasion, but be fine without it for days or weeks.

Also read: Are parents drinking too much while at home with their children in lockdown?

"It’s a tough subject. For some people, having a glass or two of wine every night is not a big deal – and I don’t want to shame those people – but there’s a handful of women for whom it is a big deal, and those are the people who need to be careful."

Another sure sign that you may have a problem is when you start needing more and more of a substance to get the desired effect.

Cape Town psychologist Lynette Morgan explains that self-medicating with over-the-counter drugs or alcohol is harmful and potentially dangerous, as the human body builds up a tolerance level to substances.

This means you would need increasingly greater dosages of a substance to maintain the effect you’re after.

"Unfortunately, someone suffering from anxiety or depression may accidentally discover that alcohol can temporarily ease the pain," she says, urging mothers to rather seek help from a medical professional, even if medication is prescribed.

"Your progress can then be monitored, which has a further benefit in that you have another person to add to your support structure," Lynette points out.

When you become a parent, developing and creating a positive support system around you is crucial. Make sure someone else can relieve you from parent duty every once in a while, so you can regroup and focus on yourself without having to give another person your mental, emotional or physical attention.

"If I don’t make time for myself every day, it affects me badly," says Claire, whose "me-time" consists of tapping into her creative side – through sewing or writing – or talking to someone.

"If I’m struggling with something, I make sure I talk to my husband, or my mom or my friends. I believe that if you keep something in, it’s just going to fester, and that won’t help. Also, I drink a lot of coffee."

With about 90% of mothers getting less than an hour to themselves each day, Claire advises women to capitalise on the little time they do have to do something that is just for them – no guilt, no shame and no thoughts of anyone else.

This will vary from person to person, but it could include a hot bath, a good book, a long walk, coffee with a friend or taking some time off to go see a movie.

Also read: Using cannabis during pregnancy could be bad news for your baby: new research

"Our role as mothers is vital, and if the one person who is holding the rest of the household together is not getting time to herself and not looking after herself, how is she supposed to parent properly, or be a good wife? It’s not possible."

Lynette highlights exercise as another important coping mechanism that can serve as an alternative to substance abuse.

"The release of endorphins and oxytocin are far more beneficial than the effects of drinking wine,” she says, also highlighting therapy as an important consideration for those who would need to address excessive drinking and its underlying issues.

"If you can afford to go to a psychologist, do it," agrees Claire.

"As a parent, it’s important that you process things properly and that you’re able to talk to someone who is outside of your life, who can help you get through things that you’re struggling with. Rather spend your money that way than on alcohol or pills," she suggests.

While the wine-mom culture has offered women some respite from needing to look like they’ve got it all together all the time, Claire worries what it might be teaching the next generation.

Should we be teaching our children that you need things like medication or alcohol to cope with life?

"The reality is, life is going to get hard sometimes, and using anything to mask the pain is only going to make it worse because you’re not dealing with the issue at hand.

"I can now show my boys how to cope during a hard time. And as they grow older, I’m going to talk to them about my addiction. I believe it’s genetic, and I don’t want either of them, as they grow older, to rely on a substance to get them through life.

“I’m hoping that I’ll be a positive role model in that way. Your kids need to know that they don’t need to depend on a substance to get through life, because neither do you."

We live in a world where facts and fiction get blurred
In times of uncertainty you need journalism you can trust. For 14 free days, you can have access to a world of in-depth analyses, investigative journalism, top opinions and a range of features. Journalism strengthens democracy. Invest in the future today. Thereafter you will be billed R75 per month. You can cancel anytime and if you cancel within 14 days you won't be billed.
Subscribe to News24
Related Links
Using cannabis during pregnancy could be bad news for your baby: new research
Alcohol ban is a must says sobriety coach : 'Industries can be rebuilt, once a life is gone it's...
Are parents drinking too much while at home with their children in lockdown?
Next on Parent24
FEEL GOOD | 'I finally have my arms around my son': Mom reunites with her son after 40 years apart