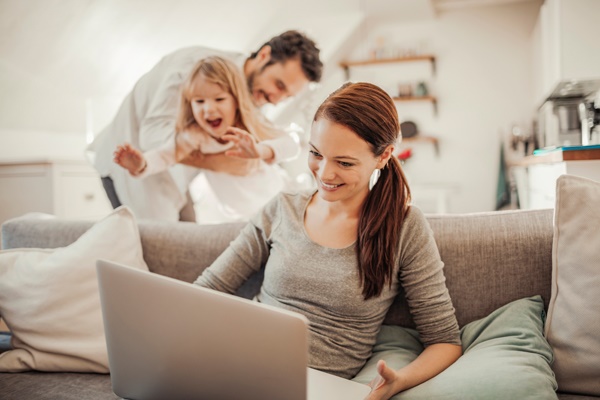 The parenting and social media debate regularly rears its head. Earlier this year, it emerged here in South Africa in a piece published by DigiKids. In an article called “Cute but dangerous – posting back to school pictures”, Cath Jenkin warned parents of the perils of posting photos on social media of their kids in school uniforms. Her stance was that doing so “informs the world” about where your kids attend school and potentially places them in danger.

Recently, the issue appeared once more, this time in the Telegraph, where it was reported that French parents may now face jail time or a hefty fine for posting content about their children on social media without consent.

When my three kids were little, I used to blog a few times a week about their antics. It wasn’t uncommon for me to cover topics like poop, lying, or tantrums.

My blogging stopped after a few years. The question of whether I should be writing about my kids at all had started to bother me and some of my blogger friends. My thinking was very similar to what was reported in the Telegraph: “people should think about how their children will feel later in life about images of them as infants or adolescents being posted on Facebook or other social networks.” How would our kids feel if they were to read these posts in the future? Did we even have the right to talk about their lives in public?

At the same time, another incident convinced me that posting about them could be risky: While they were little enough to all fit into the bath together, I posted a photo of them to Flickr. Within minutes, my usually ignored account received way too many hits. Shocked and disgusted, I deleted the photo the same day.

In 2010, I wrote about the issue and offered suggestions for continuing to post about our kids, while respecting their privacy.

I came across the Telegraph article via Twitter. The tweet that pointed to the article was from someone who agreed with the French perspective and said, “Completely logical. Have no idea why people do it. Your kids are not content”.

My gut response to her tweet was bemusement. I’m unable to be that fervent about this topic. Sure, I’m aware of the problems and potential dangers of posting about my children, but I won’t let that stop me from posting photos of them on Facebook. I’ve even done the school uniform posts. I’m just not that convinced that my friends on Facebook are potential predators.

But perhaps I'm being naive about this. I recently used an app that allows one to see what a “predator” could see if they were to look for me on Facebook. I was alarmed to find that, despite thinking that all my security settings were rock solid, all my photos were publicly visible. Time to up my security settings and re-think.

It’s all about trust

For my kids, the issue hinges on trust. I asked my 13-year-old whether she would object to her photograph being posted on social media. For her, it depends who posts it. She’d had an experience recently of a school peer who posted a photo of her and then laughed at how “silly” she looked. She’d felt violated. “But you’re my mom,” she said to me, “and I know that you wouldn’t do that.” She trusts that I wouldn’t intentionally humiliate her.

My 16-year-old said something similar. He likes to be asked permission for a particular photo to be posted, but he really isn’t concerned about it further than that.

As outrageous as the French law seems, they might have a point. It’s easy to go overboard on social media, posting about the minutiae of our children’s lives and unintentionally humiliating or embarrassing them. Seeing them as “content”. In that case, I think our kids might be justified if they wanted to sue us.

I suppose for me then, the admonition inherent in the French law is exactly what we tell our kids: Don’t overdo it on social media. Don’t post things about others that you wouldn’t want them posting about you. And don’t post without thinking about the consequences.

What are your feelings on sharing your kids lives on social media? Tell us on chatback@parent24.com.

We live in a world where facts and fiction get blurred
In times of uncertainty you need journalism you can trust. For only R75 per month, you have access to a world of in-depth analyses, investigative journalism, top opinions and a range of features. Journalism strengthens democracy. Invest in the future today.
Subscribe to News24
Next on Parent24
Experienced aunt advises on five gifts NOT to give your kids this festive season