Finally! A pill for mom's sexual desire and pleasure 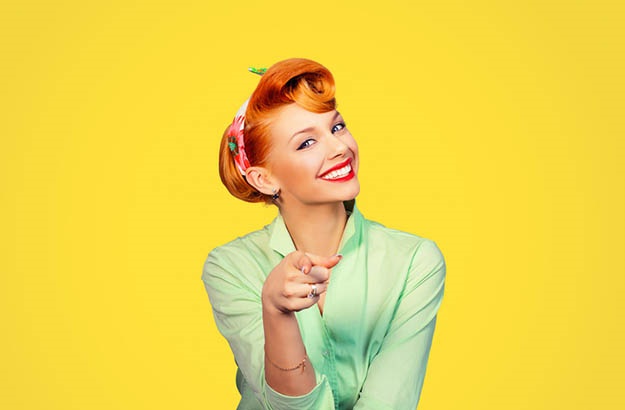 The matriarchy has been working tirelessly to make sure the needs and desires of women are satisfied too. The greatest, greatest invention: the first ever FDA-approved pill for WOMEN's sexual desire.

There are a few things we’re sure would have been approved right away, had it been a need or desire of men. Consider the uphill battle that was the eradication of tampon tax, for one.

Earlier this year, News24 reported that poor girls can miss up to 50 days of school a year because they cannot afford sanitary pads, while other girls said they resorted to using newspapers and old rags during their periods.

Minister of Finance Tito Mboweni finally announced that as of 1 April 2019, sanitary products will no longer be taxed.

It's still pretty frustrating that this is only happening in 2019, especially since I didn’t ask to have my uterine wall shed every month.

Are there any other women's issues you think it's about time we address? Tell us by emailing chatback@parent24.com and we may publish your comments.

Yet, we beat on. And the matriarchy continues to work tirelessly to make sure the needs and desires of women are satisfied too.

And that’s exactly what Cindy Eckert had in mind for her future when she left her job in 2011 to create a company that went on to develop Addyi – the first and only FDA approved pill on the market specifically developed for women’s sexual pleasure.

According to Julia, Jill, K. Warnock from the University of Oklahoma Health Sciences Center, hypoactive sexual desire disorder (HSDD) is “a deficiency or absence of sexual fantasies and desire for sexual activity that causes marked distress or interpersonal difficulty.”

Several life experiences may affect a woman’s libido, including menstrual cylces, postnatal and postmenopausal states. And while there aren’t South African statistics on HSDD as yet (which says something in itself), Warnock has indicated that it may occur in up to one-third of adult women in the US.

And yet, Eckert says, there were 26 FDA-approved tablets for some form of male sexual dysfunction when they started developing Addyi. “That path was completely a tale of two genders.”

She explains, “For example, when Viagra got approved, it was fast-tracked for approval. It got approved in 6 months because it met such an important unmet medical need. And I don’t mean to marginalise it. I think sexual health should be addressed. But so too, should we have been taking it seriously for women.

Eckert went on to create Addyi as a result, comparing HSDD to ED (erectile dysfunction) and saying the condition in females has actually been recognised since 1977. And brain scans have proven it’s a brain chemistry issue.

But for so long, we were still being patted on the shoulder, told to "just relax, go on vacation, read Fifty Shades of Grey," she continues.

“That’s so dismissive. And yet, it is really indicative of this societal narrative of female sexuality.”

I'm generalising here, but in society at large, for men it’s all about sexual desire and pleasure, but for women, sex has, for the most part, just been a means of satisfying your partner or that thing you do to start a family. But no more.

The little pink pill officially hit shelves in June 2018, though it hasn’t quite yet reached SA.

But right now we’re just happy that someone’s started the conversation around women’s sexual desire. Eckert concludes that giving women rights over their reproduction (yes, that was also a battle that had to be won) was a big step, and it was only the first. She now asks, what about satisfaction?

“Isn’t this really the next step in the female sexual revolution and that ownership of our right to desire? If I go to the doctor today, and they ask me about sex as a woman, they’re gonna ask me three questions. They’re gonna say, ‘Are you sexually active? Do you want birth control? And do you wanna be tested for STDs?’ And if we would add one question and say, ‘And are you satisfied?’ We’d actually change the conversation forever.”

For millions of tired parents, or young couples trying to conceive, this pill may be the game-changer.

Are there any other women's issues you think it's about time we address? Tell us by emailing chatback@parent24.com and we may publish your comments.

We live in a world where facts and fiction get blurred
In times of uncertainty you need journalism you can trust. For only R75 per month, you have access to a world of in-depth analyses, investigative journalism, top opinions and a range of features. Journalism strengthens democracy. Invest in the future today.
Subscribe to News24
Related Links
WATCH: The simple reason Chrissy Teigen says she and John Legend won’t be “doing it randomly in a...
"Men should have the ability to control their own fertility": Readers respond to birth control...
Birth control pills for men? Here's what you need to know
Next on Parent24
'She took what belonged to me': A reader asks what next, after her husband had an affair