OPINION: Are children ever illegitimate, and isn't it time to dump this outdated term for good? 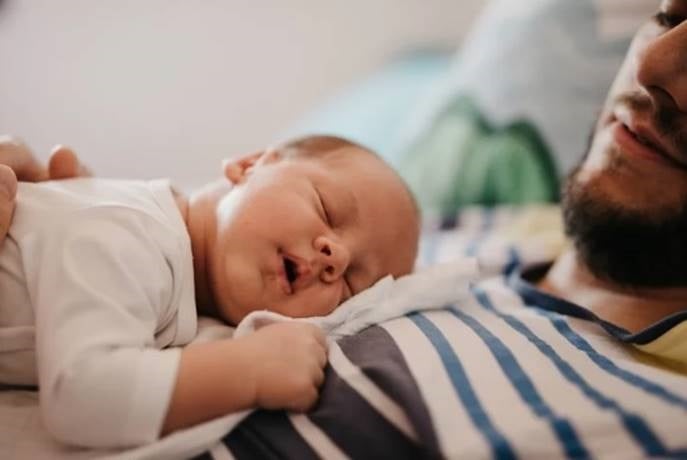 "It’s a term that's stigmatising, and unfairly so"

This recent headline that got the team at Parent24 thinking: Are children ever illegitimate?

After some conversation, I decided to investigate the term, to see if it's ever ok to use it, and what it really means - both legally and in our society.

A trip back in time

To find a way to answer this question, I did some research, starting with the legalities.

According to SAFLII, in South Africa, "the children born of unions not formalised by marriage have traditionally been described as 'illegitimate' children". This refers only to children born "from a union or relationship not solemnised by a legally recognised marriage ceremony."

Back in medieval times, these children were considered illegitimate even if the parents got married later on.

Additionally, children who were born during a marriage that was later annulled were also then considered illegitimate.

Another meaning of the word illegitimate is "not authorised by the law; not in accordance with accepted standards or rules", from the Latin for 'not lawful'.

All of this is relevant because in a patriarchal society it meant that the children of these unofficial unions could not inherit from their fathers, unless they were clearly named in a will.

On the flip side, their fathers had no rights to access, custody or guardianship.

Please note that at no point do these children have any say in the matter.

Why does it matter?

Labelling a person as unlawful creates an environment that allows discrimination, marginalisation, and even abuse to thrive.

Parents who want to alienate their child's other parent can use this term to discredit any claims to access, or for support, for example.

Illegitimate children may be bullied as such, or be seen as a disgrace, and the term can be used to denigrate them.

Additionally, the fear of this stigma can force two people to get married, to avoid their child being labelled this way, even if they're incompatible and unhappy together. This isn't the best situation for the child either.

As a society though, we've come a long way and while this alienation and bullying is happening hopefully less and less, the term should really be done away with.

Our law now also specifically protects children who are born to unmarried parents, making the term even more unnecessary.

According to Lisa Anders of LAW FOR ALL a significant element effected by legitimacy is parental rights.

She told Parent24 that legitimacy matters usually concern either a child’s inheritance, or the matter of obtaining support payments from a father who refuses to acknowledge his paternity.

"Despite the increased recognition afforded to biological fathers as legal parents," she said, "the Children's Act still does not treat fathers on the same basis as mothers as far as the automatic allocation of parental responsibilities and rights is concerned."

The Intestate Succession Act however makes provision for illegitimate children to inherit, she told us.

"Therefore, if there is evidence that a child is in fact a blood relation of the Deceased, the child will have a definite right to inherit."

"The use of legitimacy is largely outdated within in our current legal frame work, but does impact the rights of biological fathers," Anders said.

Much of the world has happily moved away from outdated European practices, and South African laws are among the most progressive, and protective of children, in the world.

Here and now, all that needs to happen for a child to legally claim financial support from a father is his acknowledgement of the child as his own, or a paternity test if this is in dispute.

South Africa's maintenance courts are buckling under the pressure of thousands of child support claims, though, as parents try to duck their responsibilities.

While it's not unheard of for a mother to avoid supporting her child, the majority of cases involve absent fathers.

Calling children in these cases 'illegitimate' does nothing for their cause, in fact it only stigmatises them further.

As recently as 2003 the Cape High Court ruled that the paternal grandparents of a child born to unmarried parents have a legal duty to support that child.

Justice Burton Fourie ruled that the distinction between the duty of support of grandparents towards children born to married parents vs that of unmarried parents "constitutes unfair discrimination on the ground of birth and amounts to an infringement of the dignity of such children."

Furthermore, in an African country like ours, where we proudly raise our children as a village, does deeming a child unlawful make any sense?

In some parts of Africa the acknowledgement of paternity is enough for a child to be incorporated into the father's family.

In Xhosa culture, the payment of isondlo achieves the same result.

The isondlo amount is is calculated based on the negotiated value of three cows, divided into three parts. One part is used for child support, and the child's maternal grandparents are given the other two parts as an acknowledgment of 'damages'.

Once this payment has been made, and all parties are in agreement, the child can take the father's surname.

In cases like this, it is not a requirement that the parents must be married, and once a child has been acknowledged by the father, the child belongs to the father's family.

What about children born of IVF to a single parent? Are these children born illegitimate because their father has not acknowledged them?

What about abandoned children?

Surely many will agree that the term doesn't apply here, but why wouldn't it then? Technically?

There are clearly a number of reasons this term is problematic.

In 2012 the AP Stylebook added the term "illegitimate child" to its online version. The book advises against using the term, suggesting instead "the child, whose mother was not married" or "whose parents were not married," be used, and only if key to the story.

"It’s a term that's stigmatising, and unfairly so," deputy standards editor at the AP and one of the Stylebook editors, David Minthorn, said at the time.

Closer to home, News24 Chief Sub-editor Glenn Bownes also feels very strongly about the use of the term.

I agree. As eye catching as that Black Coffee headline is, the fact that the children's parents aren't married isn't the actual scoop here.

So let's agree to forget this archaic term, and continue to move forward as a progressive society.

Share your story with us, and we could publish your mail. WhatsApp: Send messages and voicenotes to 066 010 0325. Anonymous contributions are welcome.

We live in a world where facts and fiction get blurred
In times of uncertainty you need journalism you can trust. For 14 free days, you can have access to a world of in-depth analyses, investigative journalism, top opinions and a range of features. Journalism strengthens democracy. Invest in the future today. Thereafter you will be billed R75 per month. You can cancel anytime and if you cancel within 14 days you won't be billed.
Subscribe to News24
Related Links
Mom struggling to love her baby tells her story
PICS: '4 years, 7 attempts, 3 miscarriages and 1,616 shots' produce a precious rainbow baby
Dad imitates baby’s ‘milk-drunk’ face – and it’s hilarious!
Next on Parent24
Can I get an ID if I was born in SA to foreign parents but my uncle has a valid South African ID?