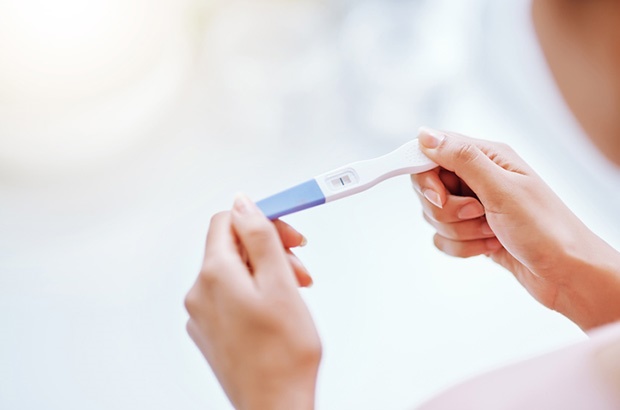 Stress can delay the brain from releasing the reproductive hormones that trigger ovulation, which could very well be the reason you're struggling to conceive.

“Everything happens for a reason. It’s just not your time yet.”

“Worry does nothing but steal your happiness and keep you very busy doing nothing.”

“The best things come when you least expect them to.”

If you’re trying to conceive, and you’ve been doing so for a while to no avail, you may have heard these quotes from a friend, your mom, or grandma. And although you probably smiled politely but rolled your eyes right back when you got a moment to yourself at their complete faith in “Your time will come”, there is some wisdom in their attempts to reduce your stress and worries.

Think about the fact that when you stress your skin starts breaking out, you tend to lose weight and you find yourself with an upset tummy. Without saying too much about your bowels though, the long and short of it all: your stress levels do indeed affect the way your brain works, and as a result, your body functions. It only makes sense then that, not only will your energy levels be depleted leaving little time or desire for you to want to have sex to actually conceive, your body will also be going through particular changes that dramatically affect its normal functioning and your subsequent ovulatory period.

Did you have a tough time getting pregnant? What worked for you and your partner and helped you eventually conceive? Send us your story to chatback@parent24.com and we may share it with our readers.

Let’s begin by understanding the brain and the role it plays in helping you conceive.

The brain and fertility

“How often have you heard the story that a woman’s mental state can affect her ability to conceive a baby? Well, when you realise how closely the brain’s involved in an egg being formed and released from the ovary, it’s not so hard to understand.”

In the video above from Tonic Health Media the “amazing communication system” between a woman’s brain and her ovaries is explained. “After a woman’s period, her oestrogen levels are low, and that alerts a part of the brain called the hypothalamus.”

They explain, “The hypothalamus releases a clinical messenger called FSH, which then goes to the ovaries and tells things called follicles to mature into eggs. Once an egg has grown it sends a message to the brain to send out another hormone, which allows the egg to be released from the ovary, ready for fertilisation.”

"So the main action is actually in the brain, which is where we experience stress, depression and happiness, all of which can affect the messages sent out by the brain,” they conclude.

So when stress affects the hypothalamus, there’s a delayed release of these reproductive hormones, subsequently affecting your cycle and timing of ovulation in the following two ways:

If you’re stressed you may find that you’re having a longer-than-average cycle, which means ovulation will occur later than usual and not when you’d expect it to in order to conceive, or at least, plan to.

2. Longer cycles and no eggs

If you are severely stressed, ovulation may not occur at all as your brain neglects to release an egg resulting in you have an anovulatory cycle instead.

Taking control of your situation

While you may not always be able to remove yourself from particularly stressful situations, you may still be able to take control of your fertility, specifically in the former situation where your fertility isn’t completely compromised, only delayed.

It’s therefore important that couples move away from the myth that every woman ovulates on day 14 of her cycle, and focus on identifying signs of ovulation instead. Observing and tracking these 3 fertility signs will help you take control of your situation:

By measuring your waking temperature and looking at it after each cycle, you’ll see that at a point in your cycle your temperature will rise dramatically for a while before dropping again. This rise is due to the release of the heat-inducing hormone, progesterone, and is therefore an indication that ovulation has begun or occurred.

As you approach ovulation your cervical fluid progresses from dry to sticky, and creamy to a stretchy eggwhite consistency, i.e. when you’re most fertile.

Around ovulation your cervix will become high, wet, soft and open, to allow the sperm through the uterus for fertilisation. Thus, another way of effectively checking when you’ll be ovulating would be to actually observe the condition of your cervix daily after menstruation.

While observing these signs may seem tedious and even leave you feeling a little squeamish at first, tracking it over a period will help you understand your body and how it works. So while you may not be able to necessarily reduce stress in other aspects of your life, you may still be able to manage and take control of its effect on your fertility. You may even be able to beat it.

Did you have a tough time getting pregnant? What worked for you and your partner and helped you eventually conceive? Send us your story to chatback@parent24.com and we may share it with our readers.

We live in a world where facts and fiction get blurred
In times of uncertainty you need journalism you can trust. For only R75 per month, you have access to a world of in-depth analyses, investigative journalism, top opinions and a range of features. Journalism strengthens democracy. Invest in the future today.
Subscribe to News24
Related Links
WATCH: Your wonderfully creamy, egg-white cervical fluid and how tracking it may help you fall...
What your cervical mucus looks when you're fertile
Signs of ovulation
Next on Parent24
New information: Can the Covid-19 vaccine change your menstrual cycle? This is what we found