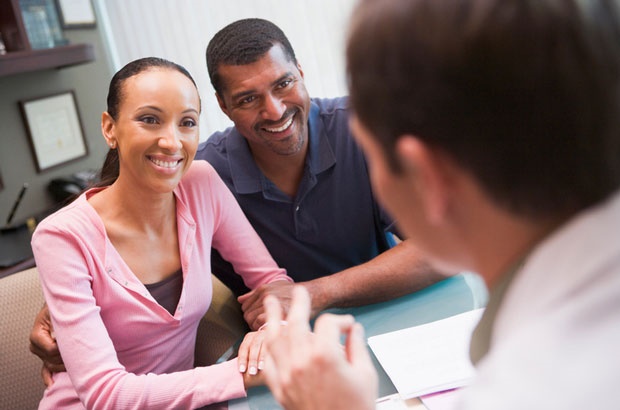 This article first appeared in the October/November 2016 issue of Your Pregnancy magazine.

If you’re trying for a baby, you’ve probably read and been given an overwhelming mountain of information about how to get pregnant. But not all of it is accurate.

Myth #1: It doesn’t matter if I drink and smoke, as long as I give up when I’m pregnant.

Busted! Actually, this one couldn’t be further from the truth. Both smoking and drinking alcohol are proven to be detrimental to your chances of falling pregnant.

“In women, smoking can delay pregnancy by up to a year. Smoking reduces the quantity and quality of a female’s eggs. And it increases the risk of tubal pregnancies and miscarriages,” says specialist gynaecologist Dr Chris Venter of Vitalab Centre for Assisted Conception in Johannesburg.

Not only does it impact your fertility, “smoking causes a four-fold increase in the risk of miscarriage,” he warns. It’s also a good idea to limit your alcohol intake when you’re trying to conceive – moderate consumption can prolong the time it takes you to conceive.

Busted! “In couples who present with infertility, 30% of those cases are due solely to male infertility factors,” says Dr Venter. When men don’t experience a problem with erection and think of their performance during intercourse as normal, it’s often measured as a sign that there’s no problem with their fertility, but this is not necessarily the case.

Myth #3: All men are fertile, for their whole lives

Again, Busted! While male fertility starts to decline long after a woman’s does, age-related decline does happen – and there are plenty of other factors that have nothing to do with age, but that can influence male fertility.

“Problems with the production of sperm are often genetic, such as microdeletions. With a very low sperm count, there is also about a 5% chance of genetic aberrations in the chromosomes,” explains Dr Venter.

Other problems with production can relate to birth defects, such as testicles that were undescended prior to puberty, sports injuries with big trauma to the testes that have caused damage, as well as drug and anabolic steroid use, which can essentially wipe out the male’s sperm count in the short term (about 30% of steroid abusers will experience long-term damage to the sperm count).

Varicose veins and chemotherapy treatment for cancer are also factors.

Myth #4: Being on the pill too long will delay conception

Busted! The pill doesn’t have any delay in the return of fertility. It does however regulate the menstrual cycle well. If you experience irregular menstruation after stopping the pill, consult your gynaecologist or healthcare provider for advice.

Other contraceptive methods like the injectable progestogen (Petogen, Nur-Isterate) may cause a delay in return of fertility of six to nine months, says Dr Jana Rossouw, specialist in gynaecology and obstetrics at Tygerberg Hospital in Cape Town.

Busted! While the average menstrual cycle is 28 days long, it’s exactly that – an average. For some women, their cycle might be as short as 21 days or as long as 35 days and there’s a broad range of what is considered normal, including pain or pain-free periods, a regular or somewhat irregular cycle and light or heavy periods.

Keeping track of your menstrual cycle (when it’s not governed by birth control) will help you understand what’s normal for you.

Busted! Every ejaculation contains literally millions of sperm, so there’s a high chance that they’ll find their way in the right direction.

“After ejaculation, sperm is found within the cervix within 90 seconds and sperm that’s motile should reach the fallopian tube within five minutes. Therefore, prolonged periods of lying on your back after intercourse haven’t been shown to be necessary,” says Dr Venter.

Myth #7: You should have sex every day if you’re trying to fall pregnant

True. Mostly. You don’t have to have sex every day to fall pregnant, but it does increase your chances. “Daily intercourse has been shown to have the highest pregnancy rates per month,” says Dr Venter.

“If intercourse is every alternate day, the fecundity (the chance to get pregnant per month) is 6% less. So, the extra effort will give you a 6% higher chance of a pregnancy per month,” he explains.

Myth #8: If you’re a Type A person you will struggle to conceive

True/Busted. There’s no hard and fast rule that says if you’re a Type A person you’ll struggle to conceive, but stress caused by emotional stress, sleep deprivation, work-related stress or excessive exercise can impact on fertility negatively via disrupted hormone secretion.

“The recommendation is that meditation, moderate exercise and yoga could reduce stress levels,” he adds.

Myth #9: You should wait a year before seeing a fertility consultant

True/Busted. This depends on your age. If you’re younger than 30 and haven’t fallen pregnant after a year of unprotected sex, then you should consult a fertility specialist.

However, if you’re older than 30, it’s not a good idea to wait that long, says Dr Venter. “We always advise couples above the age of 30 that if they haven’t conceived within six months, they should be aware and seek help earlier,” he recommends.

Myth #10: Foods affect fertility – and a rubbish diet will stop you falling pregnant

True! It’s likely that a poor diet will lead to being overweight or obese, both of which are proven to negatively affect your fertility. In particular, an unhealthy diet is usually associated with obesity and metabolic syndrome, which have a huge impact on fertility for both men and women.

“Obesity in itself causes metabolic stress, which can affect sperm quality and motility and function, poor egg quality with subsequent poor embryos and decreased implantation. Equally, a lack of eating puts the body in shock and could shut down normal ovarian function,” cautions Dr Venter.

Which of these did you take as gospel? Have you just begun to try to have a baby or been trying for a while now? Tell us your story by emailing to chatback@parent24.com and we could publish your letter. Do let us know if you'd like to stay anonymous.

We live in a world where facts and fiction get blurred
In times of uncertainty you need journalism you can trust. For 14 free days, you can have access to a world of in-depth analyses, investigative journalism, top opinions and a range of features. Journalism strengthens democracy. Invest in the future today. Thereafter you will be billed R75 per month. You can cancel anytime and if you cancel within 14 days you won't be billed.
Subscribe to News24
Related Links
Obsessed with conceiving
Top things to discuss with your partner before conceiving
"Success at last"
Next on Parent24
Welcome to the FERTILITY hub! Click here for popular topics