Want to have a baby girl? This is what you need to know 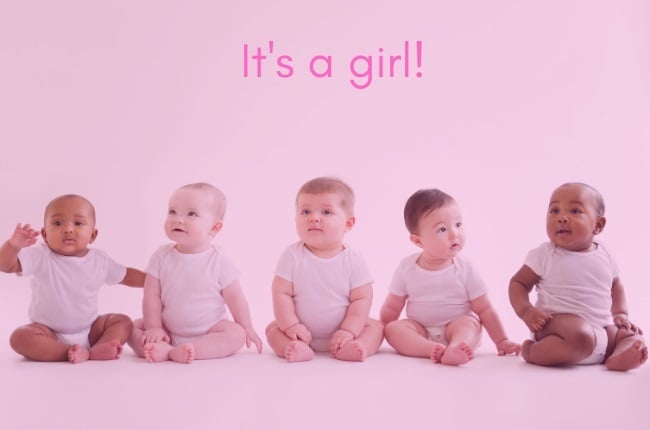 How to conceive a girl child. Photo: Getty Images

Are you dreaming of a sweet baby girl?

Whatever your reasons are for wanting a girl child in particular, it's a fact that there are no guarantees that you will conceive a baby of a pre-selected gender.

Sperm, provided by the male, has an X (girl) or Y (boy) sex-linked chromosome. The X chromosome from the father’s sperm combines with the mother’s X chromosome (in her egg) to result in a girl child (XX).

Also read: Can pregnancy symptoms really predict the sex of your baby?

So how to up your chances of having a daughter?

It seems that there are some scientific ways to up your chances of having a girl, so if your heart is set on pink babygrows we have some ideas for you.

So if you have sex a few days after ovulation, your chances of conceiving a girl is higher, because the male sperm cells would have expired while the female sperm cell may be resilient enough to make it all the way through.

Also read: How to conceive a baby boy

Dr. Elizabeth Whelan devised the Whelan Method based on the research of Dr. Rodrigo Guerrero which showed that the odds of having a girl were slightly higher if intercourse occurred just before or after ovulation.

Timing: You have sex 4 to 2 days before your peak day.

Sperm count: A lower male sperm count could occur naturally or due to certain factors such as heat, particular drugs and toxic substances.

Stress: Men with stressful jobs or personal lives are more likely to have girls, in theory, as their fragile male sperm will not be able to survive the stress.

IVF: Researchers speculate that more female sperm cells are capable of surviving the stresses of the in vitro fertilisation procedure, which can be quite rigorous.

Did you use one of these methods to fall pregnant with a girl? Or do you have a sure-fire tip to share?

We live in a world where facts and fiction get blurred
In times of uncertainty you need journalism you can trust. For 14 free days, you can have access to a world of in-depth analyses, investigative journalism, top opinions and a range of features. Journalism strengthens democracy. Invest in the future today. Thereafter you will be billed R75 per month. You can cancel anytime and if you cancel within 14 days you won't be billed.
Subscribe to News24
Related Links
WATCH | 'It's hard being 5': Adorable little girl vents about her 'sponsibilities'
Sad about having a boy not a girl? Your distress might be real but 'gender disappointment' is no...
INFOGRAPHIC: How to tell if a toy is for a girl or a boy
Next on Parent24
Existing children of a surrogate mother must be psychologically assessed, court rules