I want to be sterilised even though I've never had kids. Why won't doctors let me? 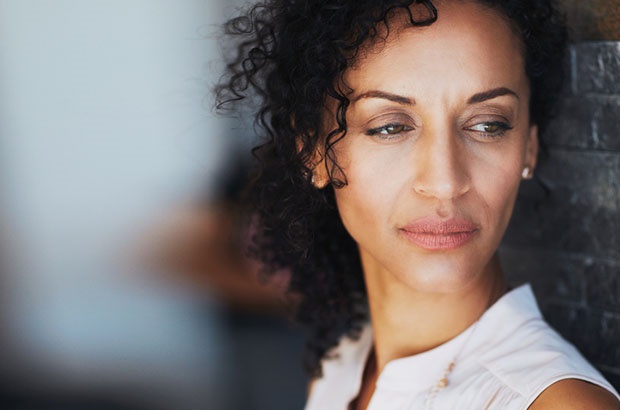 "I see pregnant women and can't help but feel sad."

Why are women not allowed agency over their own bodies by the medical community?

I decided not to have children nearly 8 years ago, and every day I become more steadfast in that decision.

A few years ago, I decided that I would like to be sterilised, so I consulted my GP after my annual pap smear.

I was met with yet another version of "you'll change your mind when you're older" (try being a woman who doesn't want kids, it's tiring) from my female doctor who herself has no children.

She told me that it would be very hard for me to find a gynae who would agree to do it since I was so young and had never had children. I left annoyed but determined.

Also read: "I'm the woman who doesn't want children. And I cringe as I write this..."

I started doing research, talking to friends, speaking to women online; women do not have an easy time of this even if they have had children, but men seem to have a much easier time being sterilised.

"My husband booked the appointment, and they told him to come in about a month later. It was like going to the dentist," says Renesha about her husband's vasectomy.

He wasn't asked if he already had children or told that he needed to talk to a doctor. He was just informed of what the procedure would entail and then taken to have it done.

Yet, when Renesha was giving birth to their second child, she asked the nurse about being sterilised after and was told it would be a long process and she would need to speak to the doctor and "get permission" first.

Anie was sterilised at 26 when her daughter was 2 years old and had to have two doctors sign off on it.

"I hated every moment of my planned pregnancy, and then I suffered from extreme postpartum depression. I was suicidal. I was unable to bond with my baby and wanted to harm her as well as myself. I didn't know this at the time, but I have chronic mental illness and tokophobia," she says.

Have you spoken to your husband first?

Anie says she would have terminated any future pregnancy even after the extensive medical care she received and her spouse taking 70% of the load.

"Yet I still needed two doctors to agree. I still had people try to convince me not to. 'What if...' 'You'll change your mind' and so on. And there I was thinking, these people would rather I have children and die than give me body autonomy," says Anie.

Susan had three children before she turned 21.

She asked her doctor to sterilise her and was met with "have you spoken to your husband first?"

She was eventually allowed to have the procedure, but when she woke up, the doctor told her that instead of doing the full, irreversible procedure, he had placed clamps in case she changed her mind.

I do not want to grow a human

I've asked doctors what it would take for me to have a tubal ligation and was told various things from I'm "too young" to I need to have kids first.This is my body. I do not want to grow a human.

I have no desire to raise a child. Half the time I'm not even sure if I like children. Why should I put another person through the complete and utter horror of realising they weren't wanted?

Birth control is expensive and can have horrible side effects from nausea to decreased libido and have even been linked to cancer. Why should I lower my quality of life for a child that is never going to exist?

I understand that doctors need to cover all their bases, and there are many women who change their minds after and do want to have more children, but I do think informed consent is important.

I know tubal ligations are harder to reverse than vasectomies, but informing the patient, asking if they know what the procedure entails and how long they have wanted this for is important.

If the doctor in question still feels this patient may not be making an informed decision, then they should refer them to a psychologist for counselling and then talk after.

But from everything I've personally experienced and what friends, acquaintances and even strangers have told me, the reasons given and language used is often misogynistic in nature and dismissive.

I spoke to Dr Shakira Choonara, established research-advocacy specialist in public health, about sterilisation and if there are some biases.

She says that the only time there should be an issue around sterilisation is when it is forced "…there are such worrying trends around this globally with women especially those most vulnerable being taken advantage of but when there is informed consent, an independent decision being made then we should make every effort to ensure that there are no barriers to this," she says.

While sterilisation could be a form of permanent birth control or advised as part of an underlying medical condition, it should not be the doctor's choice, and so, conversely, choosing to do so should also be the patient's choice.

Dr Choonara says that biases do feed into doctor's work sometimes. We are all human, after all.

"The issue is that given underlying and deeply entrenched social norms, ideas around gender and gender roles, religious beliefs, that even medical practitioners have and this feeds into their work when it shouldn't," she says.

"Care should always be centred on the patient and not imposing one's beliefs. Given the continued doctor-patient power dynamics, which I believe we just haven't made enough progress on yet, the medical practitioner still holds a powerful position and opinion. More so, any women facing these barriers would not know how to raise these complaints or probably just back out given the barriers, sometimes even seek dangerous alternate care," continues Dr Choonara.

Dr Choonara also says that sociology is not a big enough part of the undergraduate degree for doctors and they need to be taught more about gender bias and the role it plays.

"For example in some countries when a person is transgender medical professionals not having learnt about this are often confused about how to provide care. So the issue of imposing personal beliefs, coupled with what you learn/ exposed to is very important in ensuring we don't stigmatise patients in any way or be the barrier to the care they need themselves."

At the end of the day, if medically and mentally, a woman is willing and able to have sterilisation done with informed consent, I think doctors should let us do it.

Here's what our readers told us: Mind your own womb!

Why is it okay for my spouse to want another kid, but not for me to NOT want one?

Here's why South Africans might be having fewer children

We live in a world where facts and fiction get blurred
In times of uncertainty you need journalism you can trust. For 14 free days, you can have access to a world of in-depth analyses, investigative journalism, top opinions and a range of features. Journalism strengthens democracy. Invest in the future today. Thereafter you will be billed R75 per month. You can cancel anytime and if you cancel within 14 days you won't be billed.
Subscribe to News24
Related Links
Struggling to fall pregnant? There’s a 50% chance the problem lies with him
"I'm the woman who doesn't want children. And I cringe as I write this..."
Mind your own womb!
Next on Parent24
'Sex should not be painful after childbirth,' says local gynaecologist