Supplementary exams will be replaced with the NSC June 2019 exams 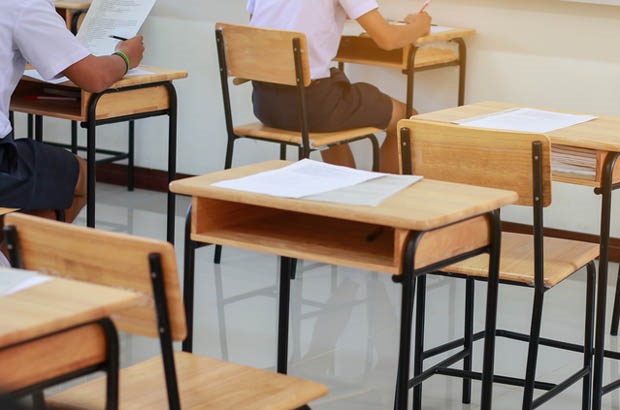 There will be a second national exam held in May/June 2019, giving matriculants a second chance.

In January 2016, Basic Education Minister Angie Motshekga suggested that because the matric pass rate was so low and students did not have enough time to prepare, the Department of Basic Education was looking to implement a new system that would see pupils writing supplementary exams in June instead of February.

It seems the Department will now go ahead with the plan, as Basic Education spokesperson Elijah Mhlanga explained earlier this week that supplementary exams will be scrapped completely and replaced with a second national exam in May/June.

Mhlanga explains, “We want to create a better opportunity for more people. We found that of those that qualified, fewer registered, and even smaller numbers actually came through to sit for the exams, simply because people didn’t have enough time to prepare for the exams.

“You'd receive your results in January and you'd write in February. Which means the circumstances that led you to failing are still the same. So we are saying now we need people to have more time to prepare for exams but also to open up the number of exams that you can write.”

He explains that supplementary exams only allowed pupils to rewrite 2 subjects, whereas a second national exam will allow students the opportunity to rewrite as many as they want, or all their subjects. Mhlanga says that matriculants may also rewrite subjects they have passed but would like to upgrade.

The second national exam is already in place for adults who hadn’t passed and decided to come back and complete their matric; it's currently called the Amended Senior Certificate and is written in May/June every year. Mhlanga says it’s now simply a matter of scrapping the supplementary exams and expanding the national exam in June.

The decision was made and passed in Parliament last year. So matriculants will write the 2018 matric exam in October/November this year with the option to write the second national exam, if they so wish, in May/June 2019.

What do you think of the Department of Basic Education's decision? Do you think this will improve the matric pass rate and the quality of matric? Tell us by emailing chatback@parent24.com.

We live in a world where facts and fiction get blurred
In times of uncertainty you need journalism you can trust. For 14 free days, you can have access to a world of in-depth analyses, investigative journalism, top opinions and a range of features. Journalism strengthens democracy. Invest in the future today. Thereafter you will be billed R75 per month. You can cancel anytime and if you cancel within 14 days you won't be billed.
Subscribe to News24
Next on Parent24
'I have a huge amount of respect for these students': Reddford House schools produce excellent results

Read more on:
matric examsmatric resultsmatric 2018
Events
Locals encouraged to tell their homegrown stories to ignite a love for reading