How schools use language as a way to exclude children 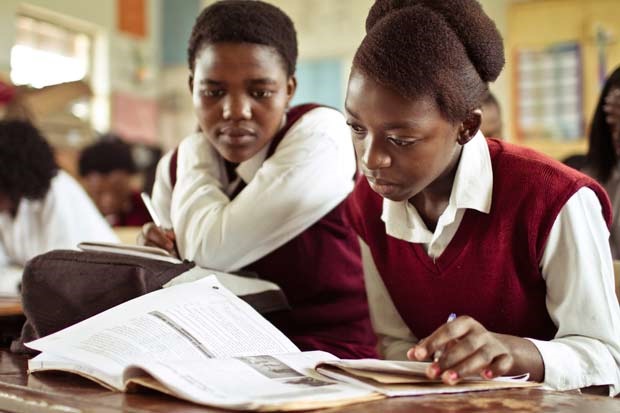 Kenyan author Ngugi wa Thiong’o once described language as “the most important vehicle through which that [colonial] power fascinated and held the soul prisoner”.

He illustrated this with a disturbing account of receiving corporal punishment, being fined and wearing a “plate around the neck with inscriptions such as I AM STUPID or I AM A DONKEY”. His “crime”? Speaking Gikuyu at his English medium school.

Today, decisions about which language resources should count in schooling – as the language of instruction, a subject, or a legitimate language for learning – continue to be informed by the relationships between language and power. Schools and universities in post-colonial contexts still operate within the logic of coloniality.

These realities have been thrown into sharp relief by revelations that some South African schools discipline their pupils for speaking any language but English (or Afrikaans) while on school grounds. At Cape Town’s Sans Souci High School for Girls, pupils obtain “losses” (or demerits) for a range of “offences” – like being caught speaking isiXhosa. For many of Sans Souci’s pupils, this is their home language.

Students have likened the yellow book or demerits hook to the dompass#Sans Souci pic.twitter.com/DZjMVS99kq

Sadly this problem isn’t unique to South Africa. It’s been seen in other post-colonial contexts like Nigeria, Kenya and Zimbabwe. Nigerian novelist Chimamanda Adichie has spoken about not having the opportunity to learn Igbo proficiently at school. This, she says, left her with no option but to write exclusively in English.

These girls' stories have foregrounded the crucial issue of language in processes of assimilation and exclusion. Over the past ten years there has been a major shift in our understandings of language, bilingualism and bilingual education which show the learning advantages of using more than one language in the classroom for learning.

African children – whose home languages are by and large not English – are generally not recognised for the experiences, knowledge and linguistic resources they bring. They’re expected to adapt to pre-existing school cultures.

African children in ex-Model C schools are expected to feel grateful at being given the “opportunity” of a quality education in a state school system that performs very poorly.

The apartheid government designated all “white” state schools Model C in 1992. This semi-privatised them. Research conducted in such schools since the 1990s has consistently pointed out these schools' overwhelmingly assimilationist ethos.

This is a convenient cycle of blame which signals bad faith. If school leaders and parents were committed to embracing African languages and the spirit of the multilingual South African language in education policy, surely they would consult each other and design collaborative language policies?

But society’s collective beliefs about whose languages “matter” and should be privileged scupper any meaningful collaboration.

Anglonormativity: the expectation that people are deficient if they're not proficient in English

The concept of language ideologies – people’s beliefs about what language is, as well as what particular uses of language point to or index – are central in shaping whose language resources count in formal schooling.

South African schools' language policies proceed from an ideology of “language as a problem” rather than “language as a resource”. As is the case in other post-colonial societies, this sets linguistic diversity up as a barrier to rather than an advantage for learning.

The language ideology and practices that exclusively valorise English can be viewed as Anglonormativity: the expectation that people will and should be proficient in English, and are deficient (even deviant) if they are not.

In ex-Model C schools it’s not just English but a particular variety of standard South African English which aligns with whiteness that is privileged.

Research has revealed how early-grade primary school teachers buy into the myth that there’s one single correct pronunciation for English. They deviate from maths and literacy lessons to teach children to produce pronunciations and vowel sounds that align with white South African Englishes. This practice ignores the content or substance of children’s answers.

It is also Anglonormativity that renders the typical South African child entering schooling as linguistically deficient.

A typical learner in an ordinary South African school will have learned in their home language until the end of Grade 3. They’re then expected to switch to exclusively English instruction in all of their subjects from the beginning of Grade 4. This Anglonormativity is clearly a gross abuse of the child’s right to quality education.

All textbook materials, notes and assessments are given in a language that the child has been learning as a subject for a few hours per week in the first three years of schooling.

The child is expected to learn and be assessed exclusively in English to the final year of school and beyond. White middle-class English and Afrikaans speaking learners aren’t expected to make this sudden transition from learning in their home language.

A long shadow of colonial racism

Parents and children should not be forced to choose either English or an African language. Instead, children must be equipped with the ability to learn through and develop all their language resources throughout their schooling.

The continuing denigration of African languages and exclusive valuing of English is evidence of apartheid’s long shadow. It also points to the internalisation of colonial racism and the continuing power of whiteness. It’s time to realise that access to English will not be achieved through English-only instruction.

Do you agree that children should receive multilingual education at school? Which languages do you think are important to learn at school? How can the education system better serve our children and redress past injustices? Send your thoughts to chatback@parent24.com.

We live in a world where facts and fiction get blurred
In times of uncertainty you need journalism you can trust. For 14 free days, you can have access to a world of in-depth analyses, investigative journalism, top opinions and a range of features. Journalism strengthens democracy. Invest in the future today. Thereafter you will be billed R75 per month. You can cancel anytime and if you cancel within 14 days you won't be billed.
Subscribe to News24
Related Links
Teen bullied for allegedly not paying "protection money" at top school
Is your child being bullied? Here's how to check
The curse of curly hair
Next on Parent24
What to do if your child didn't get a place for Grade 8 next year