"Goal posts fell onto my son and he did not survive": A dad starts a much-needed conversation around school sport safety 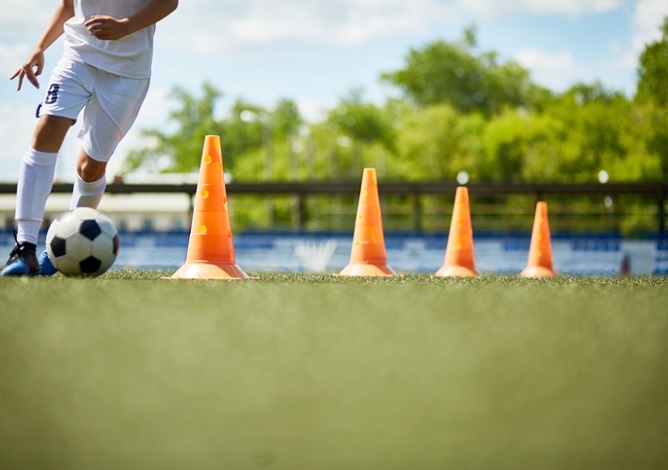 "We are so far behind in terms of child safety regulations!"

He too did not survive.

Kiyan Singh was an 8-year-old boy from Durban. My son, Hugo Paluch from Johannesburg was 14. Both boys should be alive today. In the space of just 18 months, 2 children have died in South Africa from goalpost incidents. How is this even possible? Were these both simply “freak” accidents? At the same time that there was a huge outpouring of love and support from the community, there was inadequate response from administrators around meaningful efforts towards safety.

The vital question is if our schools and sporting clubs are negligent in the way they care for our children and if there is a general lack of concern for safety in this country?

After Hugo died, I searched for information on safety in South Africa. Not much came up that is specific to schools and clubs. There are Occupational Health and Safety regulations, but these are very broad and very much tailored to the workplace. When researching safety in other countries, there are full manuals on securing soccer goals alone. We are so far behind in terms of child safety regulations!

But this is not the only issue … Our response to tragedy is also lacking. South Africans have “bigger” concerns like crime and corruption. Coupled with the attitude of “it won’t happen to my child” – people are quick to forget about these “freak” accidents and nothing gets done.

Compare this to Canada where after a 15-year-old boy suffered the same fate as Hugo and Kiyan, authorities were quick to discuss legislative changes and regulations to ensure this never happened again.

Even without legislation, there are common sense steps that should be taken. As reported in the press, Kiyan’s grandfather stated that the “supervision of the children on the field was totally inadequate” and “whoever is culpable must take responsibility”.

I could not agree with him more. Our schools and sporting clubs need to take more responsibility and accountability when looking after our children. Does someone need to go to jail for this in order for other schools and clubs to finally stand up and take notice?

After it happened to us, it should never have happened again … But it did. Hopefully this time someone will listen. This should be a huge wake-up call to every club and school and institution in this country that has our precious children under their watch.

This is not something that is not easy to fix. From here on, sufficient supervision and regular checks on equipment should be standard at all schools and clubs. So many people have spoken to me about the fact that when their kids play at clubs, the goals are often moved from one place to another. This is not good enough.

But if our schools, sporting clubs and government continue to remain silent, then it is up to us as parents to demand action. We leave our most precious possessions in the charge of other people and just expect that all will be OK. The next time you are at a soccer match watching your son or daughter play, ask the administrators if the goals are secured into the ground. Demand from your schools that all equipment gets checked … often! Demand to see the roster for supervision of all children at all break times. Demand to see the emergency safety protocols that every school should have in place. I can guarantee you that most places will stutter their way through some kind of poor excuse for a safety protocol. This is not good enough.

Safety can no longer be an after-thought with schools and clubs clambering for an excuse as to why and how something went wrong. They can no longer say that they are unaware that this can happen.

Over the 18 months since Hugo left us, we have had the privilege to take on his campaign of looking after the welfare of some of Joburg’s recyclers through the incredible Hugo’s Greenhood initiative. We have also been piloting a student first aid initiative where we train up students to be first responders to ensure that if God-forbid another accident does occur, then those that are first on the scene will know what to do.

I feel though, that the biggest blessing for Hugo and Kiyan’s memory, will be to ensure that unnecessary accidents never happen again.

Hugo’s death was followed by inaction. And now a second child has died. Schools, sporting clubs and parents can no longer remain silent on the issue of the safety of our children. There is enough unavoidable tragedy that happens in this world. We need to avoid the unnecessary ones."

We live in a world where facts and fiction get blurred
In times of uncertainty you need journalism you can trust. For only R75 per month, you have access to a world of in-depth analyses, investigative journalism, top opinions and a range of features. Journalism strengthens democracy. Invest in the future today.
Subscribe to News24
Related Links
Why racial inclusivity in sports should start at primary school level
After school clubs aren't always safe spaces: what should be done about it
School sports
Next on Parent24
'I am thrilled': Joburg matriculant who is going to Harvard shares what this means to him