The start of high school doesn’t have to be stressful 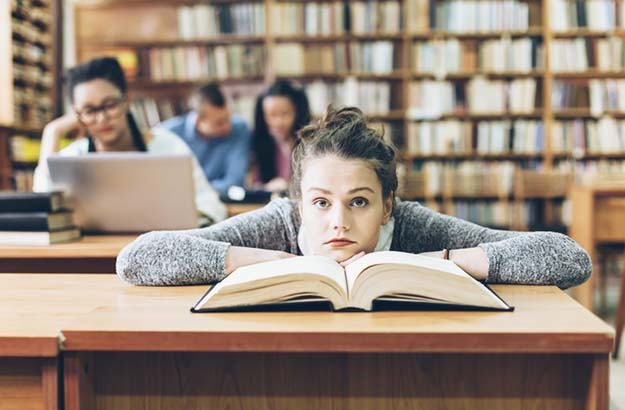 Don't be despondent! Welcome change and adopt a growth mindset. That's the key to surviving the next 5 years.

The following article was written by associate professor David Yeager and PhD student Hae Yeon Lee from the University of Texas at Austin. Although the article published by The Conversation was written for American learners who recently graduated from middle school (Grades 6 to 8 in the US) and are moving on to high school (Grades 9 to 12), with the new year school year starting in September.

SA learners moving on to Grade 8 may not experience the "ninth-grade shock", but could very well be feeling those same emotions and stresses – an eighth-grade shock, perhaps?

This article addresses any and all concerns learners, and parents, may have as they entire this new phase in their life in 2019. Because the start of high school doesn't have to be stressful...

In September, more than 4 million students across the US began high school.

Many will do well.

But many will not.

Consider that nearly two-thirds of students will experience the “ninth-grade shock,” which refers to a dramatic drop in a student’s academic performance.

Some students cope with this shock by avoiding challenges. For instance, they may drop rigorous coursework. Others may experience a hopelessness that results in failing their core classes, such as English, science and math.

This should matter a great deal to parents, teachers and policymakers. Ultimately it should matter to the students themselves and society at large.

One of the biggest reasons it should matter is because students’ fate as they transition to ninth grade can have long-term consequences, not only for the students but for their home communities. We make these observations as research psychologists who have studied how schools and families can help young people thrive.

In the new global economy, students who fail to finish ninth grade with passing grades in college preparatory coursework are very unlikely to graduate on time and go on to get jobs. One study has calculated that the lifetime benefit to the local economy for a single additional student who completes high school is half a million dollars or more. This is based on higher earnings and avoided costs in health care, crime, welfare dependence and other things.

The consequences of doing poorly in the ninth grade can impact more than students’ ability to find a good job. It can also impact the extent to which they enjoy life.

Students lose the adults and many of the friends they turned to for support when they move from eighth to ninth grade. One study of ninth grade students found that 50 percent of friendships among ninth graders changed from one month to the next, signaling striking instability in friendships.

In addition, studies find the first year of high school typically shows one of the greatest increases in depression of any year over the lifespan.

Researchers think that one explanation is that ties to friends are severed, while academic demands are rising.

Furthermore, most adult cases of clinical depression first emerge in adolescence. The World Health Organization reports that depression has the greatest burden of disease, in terms of the total cost of treatment and the loss of productivity, of any affliction worldwide.

In search of solutions: fixed mindset vs growth mindset

Given all that’s riding on having a successful ninth grade experience, it pays to explore what can be done to improve the academic, social and emotional challenges of the transition to high school.

So far, our studies have yielded one main insight:

We found that when students felt like their declining grades were a sign that they will never be successful, or when they feel like a loss of support from friends means that they will be stuck being “not likable” for life, then they have coped poorly.

In one recent study, we examined 360 adolescents’ beliefs about the nature of “smartness” – that is, their fixed mindsets about intelligence.

We then assessed biological stress responses for students whose grades were dropping by examining their saliva for cortisol levels — a so-called “toxic stress” hormone that is secreted by the body when people feel threatened.

This was an exciting result because it showed that the body’s stress responses are not determined solely by one’s GPA. Instead, declining grades only predicted worse stress hormones among students who believed that worsening grades were a permanent and hopeless state of affairs.

We also investigated the social side of the high school transition. In this study, instead of teaching students that their smartness can change, we taught them that their social standing – that is, whether you are bullied or excluded or left out – can change over time. We then looked at high school students’ stress responses to daily social difficulties. That is, we taught them a growth mindset about their social lives.

In this study, students came into the laboratory and were asked to give a public speech in front of upper-year students. The topic of the speech was "what makes someone popular in high school". Following this, students had to complete a difficult mental math task in front of the same upper-year students. This is called the Trier Social Stress Test, and it has proven to be an effective and ethical way to examine physiological signatures of stress responses.

Public speaking is stressful but is no different from common experiences in high school. Students are thoroughly debriefed and have the opportunity to have a more lighthearted interaction with the upper-year students afterward. Parents also consented before allowing their children to participate.

Students who were not taught that people can change showed poor stress responses. When these students gave the speech, their blood vessels contracted and their hearts pumped less blood through the body – both responses that the body shows when it is preparing for damage or defeat after a physical threat. Then they gave worse speeches and made more mistakes in math.

But when students were taught that people can change, they had better responses to stress, in part because they felt like they had the resources to deal with the demanding situation. Students who got the growth mindset intervention showed less-constricted blood vessels and their hearts pumped more blood – both of which contributed to more oxygen getting to the brain, and, ultimately, better performance on the speech and mental math tasks.

These findings lead to several possibilities that we and others are investigating further.

First, we are working to replicate these findings in more diverse school communities. We want to know in which types of schools and for which kinds of students these growth mindset ideas help young people adapt to the challenges of high school. And where do they need to be paired with other resources to have their strongest effects? We have made a free beta version of our intervention available to schools or parents.

We also hope to learn how teachers, parents or school counselors can help students keep their ongoing academic or social difficulties in perspective. We wonder what would happen if schools helped to make beliefs about the potential for change and improvement a larger feature of the overall school culture, especially for students starting the ninth grade.

How has/is your teen adjusting to high school? Tell us by emailing chatback@parent24.com and we may publish your comments.

We live in a world where facts and fiction get blurred
In times of uncertainty you need journalism you can trust. For only R75 per month, you have access to a world of in-depth analyses, investigative journalism, top opinions and a range of features. Journalism strengthens democracy. Invest in the future today.
Subscribe to News24
Related Links
98% of South African children attend school and other facts about access to education from the...
Get the kids ready for school and enjoy what’s left of the holidays with some expert advice and...
Is your child anxious about the first day of school?
Next on Parent24
Local high school students tackle injustice with new online platform