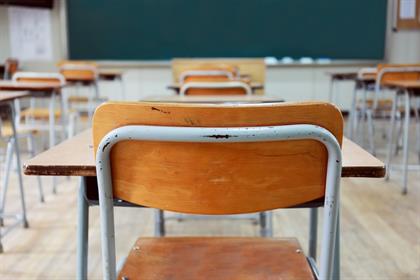 More than 14 000 pupils in Gauteng have still not been placed in schools.

A tweet by Panyaza Lesufi, MEC for Education and Youth Development in Gauteng, confirmed this.

From 34 000 unplaced learners to 14000. Slowly but surely we remain on course to place all learners by 30th November. Parents, please be assured that all learners will be placed @Steve_Mabona @elizefron @EducationGP pic.twitter.com/iYBwGGqDie

He added that the Gauteng Department of Basic Education is aiming to place the remaining  students in schools by the 30th of November.

On their Facebook page the Gauteng Department of Education has appealed to parents to accept their placement offers.

Parents are distressed and upset

Parents have expressed their distress on social media and to Parent24, saying that the wait is making them extremely anxious.

Many have applied early in the year and have still not received any response or feedback on their applications.

Parent24 spoke to Phindi, a parent residing in Naturena, Gauteng, who has been affected by the school placement issue.

She says, "I applied the first day the digital applications opened and I have still not received a response. My daughter is supposed to start with grade one and I can't even begin planning for December cause her placement has not been resolved."

Phindi says she knows of children from Soweto who have received placements at the two schools she applied to near them in Naturena, yet her child who resides there hasn't heard anything yet.

"How can children who don't even live in this city receive placements in Naturena schools, yet not all the children in here have been placed?" she asks, angry.

Many parents have suggested the system should change.

"I don't remember my parents stressing like this when they went to place me in a school, so I really think the government must let go of this online application system cause it's clearly unsuccessful," Phindi told us.

"There are ten days left before the 30th and I really don't know if all the children will be placed as the MEC guarantees," she said. Speaking of Lesufi, she said "I also wonder what he will say if the issue has not been resolved by the 30th; what story will he spin?"

Phindi says she's had endless headaches because of this and really wishes the government had sorted it out soon after July 31st when the applications closed, instead of prolonging the process.

In another tweet Lesufi revealed that the department is pushing schools to increase class sizes, as a means to eradicate the issue of unplaced pupils.

We’re now pushing schools to increase class sizes to accommodate additional unplaced learners by the 30th Nov. We urge parents to accept offers given or immediately object if not suitable so that we can offer it to other learners. However they will be no learner without a school pic.twitter.com/SQqclZlZrP

He is determined that no learner will be without a school, he says.

Have you been affected by the school placement challenges?

Share your story with us, and we could publish it. Anonymous contributions are welcome.

School admission nightmare? Here’s what to do

South Africa must up its game and produce more teachers

Are schools allowed to charge re-registration fees? An expert says no