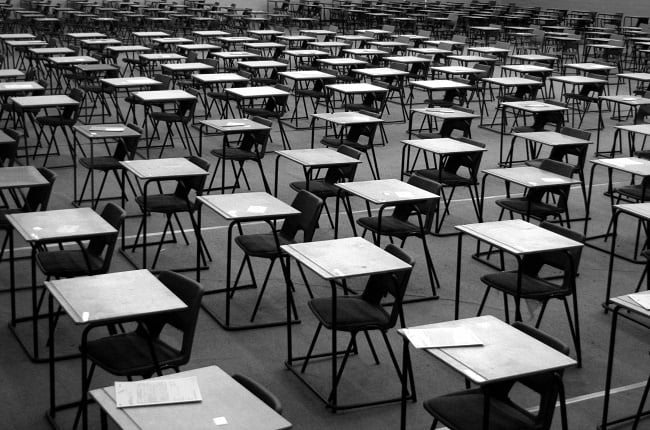 Matric trial examination in the EC has IsiXhosa and Sesotho for the first time in history.

The long-awaited mother tongue education pilot project has been completed in the Eastern Cape this term, with matric students having finished writing the papers with the option to read and answer their Mathematics, Life sciences, and History papers in their home language.

Parent24 interviewed the Principal of Ramafole Senior Secondary School in Mount Fletcher, Mr Pitso Potso, and his students, about their experiences of the life sciences paper.

Mr Pitso hinted that there was no early communication from the department of education to the schools about the language choices and how this will work for the learners, which resulted to students choosing to write in English.

This could be due to the fear that the use of a home language could impact their performance negatively, because it is something they have never done before, said Mr Pitso.

This is understandable, because writing examinations in isiXhosa or Sesotho in the last year of schooling when throughout they have been writing in English, can seem risky for the learners.

He also said that part of the reasons could be the lack of early communication with regards to the language choices available to students during these trial exams.

Students from Dinizulu Senior secondary school were eager to let us know about their experiences of the first life sciences question paper.

Students told Parent24 that their teachers told them beforehand that the question papers will be in English and isiXhosa.

However, the teachers advised the students to read the question paper in isiXhosa and answer in English.

The reason for that advice was based on teachers predicting that some students might end up code switching - using both languages -  in their answers.

This is not allowed, and might lead to the student not being marked or being failed.

Matriculant Asiphe told us that she read and wrote the paper in English, because she thought there was no use reading in isiXhosa if she was to write in English.

She also thought that choosing isiXhosa for reading will confuse her as the life sciences terminology is hard to understand and she has to translate the knowledge consumed in Xhosa to English anyway.

Nandipha told us she read the paper in isiXhosa and that it was difficult to understand some of the terminology, even though such terminology was followed by an explanation.

She says that one needed a deeper understanding in isiXhosa to understand some of the words that were written in that question paper.

She explained that "some words were not translated in some parts of the question paper, for example, words like: sperm, testes, scrotum were not translated, even though a vague explanation was given to explain what a scrotum is because that is where most of the case study focused."

We moving in the write direction. ???? pic.twitter.com/jVwLjDMD5i

There should be a draft bill by now which will force universities to continue home language's otherwise this will be just for show. The job market is also not welcoming to indigenous language mathematicians

Some people being impressed by the initiative, and others, including educators and members of the public, saying that the language was disrespectful.

Others commented that the quality of translations were poor, as if the translator did not have a great command of mathematics.

However in terms of quality ndiyakhala. Lo mntu ebesenza apha akayazi iMaths ncam and there are technicalities that they hav messed up big time. I'm a Maths teacher I know.

This is embarrassing,my province can't stop surprising me. They jump from one disaster to another. Whoever is behind this owe us an apology we are becoming a laughing stock?

We live in a world where facts and fiction get blurred
In times of uncertainty you need journalism you can trust. For 14 free days, you can have access to a world of in-depth analyses, investigative journalism, top opinions and a range of features. Journalism strengthens democracy. Invest in the future today. Thereafter you will be billed R75 per month. You can cancel anytime and if you cancel within 14 days you won't be billed.
Subscribe to News24
Related Links
'You’ve endured a lot': Celebrating teachers and what they have overcome in 2020
What is it like writing matric exams in a pandemic?
"Things will feel strange": Tips to ace matric 2020
Next on Parent24
'We use real-world examples': Cottage school owner shares the benefits of interest-based learning