Each year the Parent24 team publishes lists of top schools in a variety of categories, from top-performing schools in rugby, cricket and athletics, to the country’s most expensive schools.

And we’ve now extended our reach to include the historical: SA’s oldest schools.

To do this we’ve enlisted the guidance of Ms Sigi Howes, the principal and primary researcher for the Centre for Conservation Education in Wynberg, Cape Town, who has been studying official government reports and documentation for the past 10 years.

Her findings reveal some fascinating details about the history of schools in SA, albeit with a focus on certain parts of the country.

The Centre for Conservation Education is unique to the Western Cape but Sigi has also delved into the history of the Eastern Cape, KwaZulu-Natal, Gauteng, Free State, and Northern Cape.

Because of this, she cautions "not to speak in terms of absolutes" and to bear in mind "the shifting nature of ongoing research."

"New information often comes to light that changes the picture... and every time I find such information, the 'list' of oldest schools may change," she told Parent24. Most of the oldest formal schools are in the Western Cape, where the Dutch East India Company (or VOC) arrived in 1652 and German missionaries set up schools as early as 1738. British settlers landed in the Eastern Cape in 1820, and a group of farmers started their Groot Trek up north in the 1830s.

We asked Ms Howes to take us through her research process.

What is involved in determining how long schools have been established?

"I prefer to use primary sources such as the Educational Statistics as contained in the Government Blue Books, Inspection Reports, and the Education Gazettes. And so, because I have learnt how to, for example, make the link between when a church school became a public school, I sometimes find that schools are older than they think.

"Some schools welcome the new research; most are reluctant to accept new information that forces them to rethink their school's history and they prefer to stay with the status quo." Does the Centre for Conservation Education hold national records as well as provincial?

"Unfortunately, we do not have the staff capacity to keep a national database of schools."

What kind of documents and materials does the Centre make available for viewing?

"We have a small reference library with the following materials which researchers and the general public may use: a set of Education Gazettes; a limited number of Inspection Reports; box files with information that we have collected on schools over the years, often with donated material; an electronic database of photographs of schools, mostly of buildings; an electronic database of information on schools per area, with references.

"The two databases will be put on Google Docs later in the year, as they are too large for emailing. That way people can access them and download what they want. I must state this categorically though that, as this work is ongoing and slow, it is incomplete. Information is also just recorded, it is not packaged in sentences or complete write-ups of history." 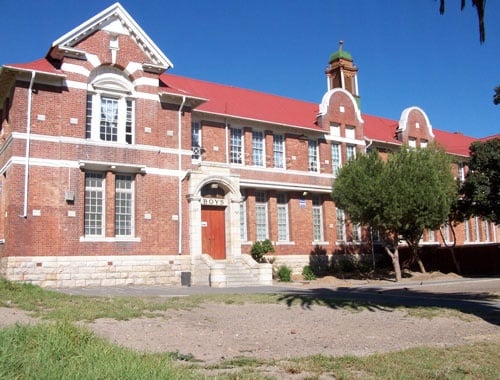 What was the first form of education in South Africa and who were the educators?

"The first education in South Africa was informal, as done by the local inhabitants, the Khoi and San people. They taught their children how to fish, hunt and scavenge in order to survive, as well as to preserve their traditions and belief systems. When the European settlers came they began to structure education around reading, writing, arithmetic and Christianity; this was often under the auspices of the various churches.

"The education of slave children in Cape Town was the first to be formalised under the Dutch East India Company (DEIC) when the first slave school was established.

"Secular education began after the establishment of the Department of Public Education in 1829, a function of the Cape Colonial Government. The early teachers were unqualified and often inept.

"The most successful early educators were probably the church clerks, readers and ministers, who educated generations of children before regulations were passed that required teachers to be qualified. A huge number of South Africans were educated by the missionaries, including Nelson Mandela. There are many books that have been written on education in South Africa and these can be consulted for more information."

Are there other centres like the Centre for Conservation Education in SA?

"The Centre for Conservation Education is the only one of its kind in South Africa and has the only Education Museum in Africa," says Sigi. 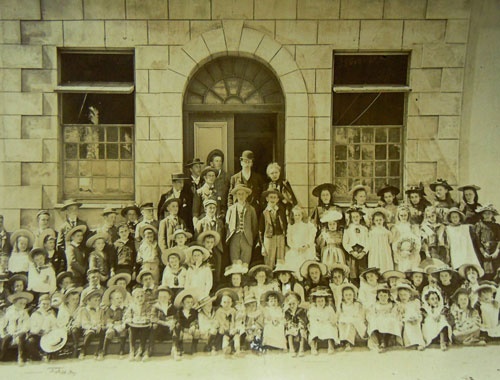 Feedback from our readers

These submissions were sent to the Parent24 team by our readers and have been relayed to Sigi Howes of the Centre for Conservation Education for verification consideration:

*We will update this list as more information comes to light.

What are some interesting facts – historical or otherwise – about your child's school? Tell us by emailing to chatback@parent24.com and we could publish your letter.

We live in a world where facts and fiction get blurred
In times of uncertainty you need journalism you can trust. For 14 free days, you can have access to a world of in-depth analyses, investigative journalism, top opinions and a range of features. Journalism strengthens democracy. Invest in the future today. Thereafter you will be billed R75 per month. You can cancel anytime and if you cancel within 14 days you won't be billed.
Subscribe to News24
Related Links
10 things about South Africa’s history that will make you feel super old
Meet these SA kids who published books before they were 16
The ins and outs of school governing bodies
Next on Parent24
Two years later: Over a thousand crèches still not paid Covid-19 relief funds