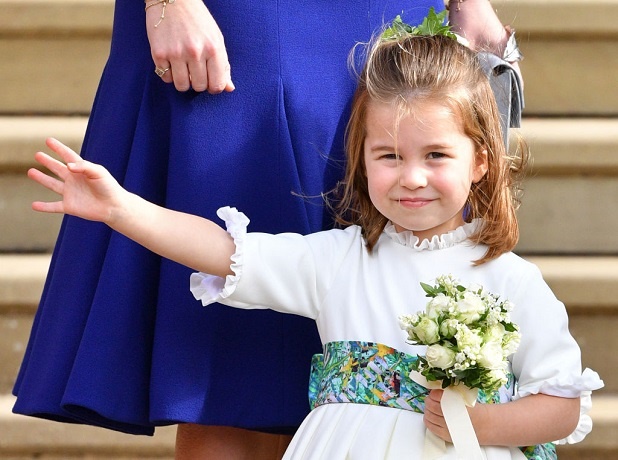 During a family visit to the annually held Chelsea Flower Show, Prince William used a rather unknown moniker to address his daughter, Princess Charlotte.

"Mignonette," he called, trying to get his sprightly preschooler's attention.

According to Babynames.com, the name has French origins, and means "Favorite, Darling," and following on from the video above, the name also means "small, sweet, and delicate or cute."

While Lotte is a fairly obvious choice, we're not quite sure about the origins of Mignonette but nicknames are clearly a parent thing.

What's your child's parent-assigned nickname and how did you come up with it? Tell us emailing to chatback@parent24.com and we could publish your letter. Do let us know if you'd like to stay anonymous.

A dad on the subreddit r/Parenting shared how he got to assign a nick name to his baby girl and wanted to know how other parents came upon a nickname for their children. Here are some great responses.

How did you get the nickname for your child? from r/Parenting

"Instead of 'Nelly Fertado' we call her 'Ellie Potato'"

"We called her Momo"

"I started to call her Meringue-O-Tang"

Then, there are all those nicknames that come attached to certain names, like calling William "Bill" and Siyabulelas "Siya".  If you're one of those think-ahead parents who like to know all the possible turns a name can take, here's a look at a few names and their allotted monikers.

What's your child's parent-assigned nickname and how did you come up with it? Tell us emailing to chatback@parent24.com and we could publish your letter. Do let us know if you'd like to stay anonymous.

We live in a world where facts and fiction get blurred
In times of uncertainty you need journalism you can trust. For 14 free days, you can have access to a world of in-depth analyses, investigative journalism, top opinions and a range of features. Journalism strengthens democracy. Invest in the future today. Thereafter you will be billed R75 per month. You can cancel anytime and if you cancel within 14 days you won't be billed.
Subscribe to News24
Related Links
65 names that could inspire Meghan and Harry's name choice for the Royal baby
Wanderlust! Baby names inspired by places
Could this rapper dad be the reason behind SA's number one baby name?
Next on Parent24
Did Kylie Jenner hint at her baby boy's name in a new make-up collection?