'We accidentally named our son genital': What parents can learn from Amy Schumer's baby name mishap 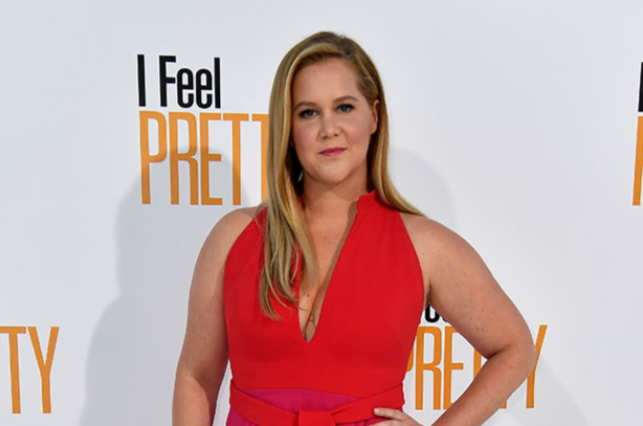 Ah, baby name regret; one minute you're loving the name you chose for your child and the next you realise you accidentally gave him a name that sounds like genital.

That's what happened to comedian and first-time mom, Amy Schumer after giving her son the first name Gene, and the second name Attell.

"We realised that we, by accident, named our son 'genital.' Gene Attell sounds like genital," the celeb mom explained to her "Amy Schumer Presents 3 Girls, 1 Keith," podcast co-hosts.

Watch the video below for more:

For one local mom, baby name regret came after the name she chose for her daughter was called into question for sounding a little too similar to a disease.

Read the Parent24 reader's story below.

I had baby name regret after my second daughter was born

My husband and I had a list we both settled on, which became shorter over the months. Eventually, we narrowed it down to two names, and we'd wait until she was born to name her.

We ultimately decided on the more exotic name as it was not heard often, and very beautiful. Less than one month after our beautiful girl was born, close family members had begun intentionally butchering her name.

One relative teased because her name sounded similar to the name of a disease!

If my daughter's own family made fun of her name, what would happen when she started school? What made matters worse is her name was one letter off from a more popular name but pronounced completely different.

It was truly a nightmare!

By the time she was six months, my husband and I agreed we should change her name.

We eventually picked an equally beautiful name which happened to be one that I chose while I was pregnant, but was knocked off the list by my husband.

We moved her first name to her middle so she could use it if she ever wanted. However, she loves her new name as much as we do, and she does know the backstory behind her names.

Occasionally, I do question if we made the correct decision, then I think back to the nightmarish six months we endured and realise we are completely at peace with our choice.

Have you had to change your child's name due to baby name regret or any other reason?

We live in a world where facts and fiction get blurred
In times of uncertainty you need journalism you can trust. For only R75 per month, you have access to a world of in-depth analyses, investigative journalism, top opinions and a range of features. Journalism strengthens democracy. Invest in the future today.
Subscribe to News24
Related Links
Parents name newborn baby ‘Sanitiser’ to remind people about Covid-19 pandemic
From Covid Leigh to Pandemica, this online teacher has gone viral with her hilarious made-up names
Mom wants to move son’s birthday to ‘more convenient’ time
Next on Parent24
Over 200 Zulu baby names for boys and girls