Twilight Sleep: the weirdest way of giving birth ever? 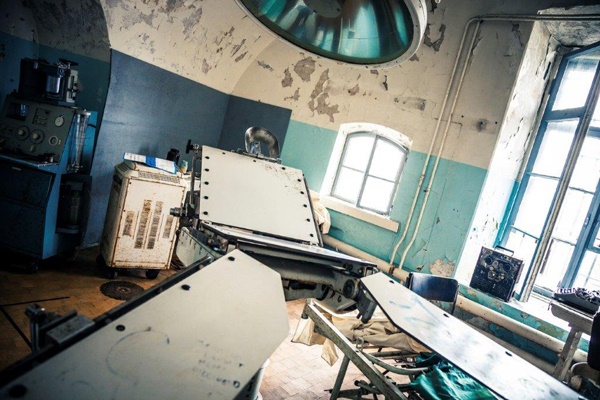 Today we go back in time a little and look at a particularly bizarre birthing method that was popular in the 1900s, called Twilight Sleep.

Modern medicine has come a long way. From epidurals to localised spinal blocks, pethidine to laughing gas – there are many options that can help you manage pain during birth. Nothing is ever 100% safe but at least it’s a lot safer than what they got up to back in the day.

During the 1800s, the common method of pain relief during childbirth was chloroform. What a fun time! Then in the 1900s the Germans came up with the concept of Dämmerschlaf or Twilight Sleep.

What is Twilight Sleep?

In a nutshell: it was complete and utter madness. Birthing women were administered a combination of morphine and scopolamine (pretty much a date-rape drug), which meant that not only were they not able to remember the pain of birth but they also couldn’t remember giving birth at all!

One Nebraskan woman, Mrs Sargent, commented in a New York Times article from January 1915 saying, "The next thing I knew I was awake [...] and then I thought to myself 'I wonder how long before I shall begin to have the baby,' and while I was still wondering a nurse came in with a pillow, and on the pillow was a baby, and they said I had had it—perhaps I had—but I certainly can never prove it in a courtroom."

And while this might seem like a great idea to some, most women like to be mentally present for the birth of their babies. Also, not remembering a thing was not the only side effect.

Warning: Video contains some images that may not be safe for work.

Just because they couldn’t remember the pain of childbirth doesn’t mean they didn’t experience any pain. The small amount of morphine in the concoction didn't really numb the pain, and actually contributed to the women experiencing a psychotic episode. So much so that they had to strapped down because they’d be thrashing about, banging their heads, clawing at themselves and screaming constantly.

According to the New York Times article, the birthing mom would be awake during the pains and even discuss them with the attending physician, but when it was all over, they would find that she did not remember them. One English physician noted: "If there is no memory of pain, it is equivalent to having no pain, and a doctor then certainly has the right to speak of a 'painless childbirth'".

Mothers were not the only ones affected. Often the drugs would cross over through the placenta to the baby, which would be born drugged and unable to breathe properly.

According to an article on Belly Belly, this is where "the commonly used image of babies being held upside down and slapped on the bottom comes from – when doctors would attempt to revive comatose newborn babies."

Once American women got wind of this development via a popular women’s magazine, women were attracted to the idea of a "painless birth" and demanded that it be made available in the States.

And despite American doctors rejecting the drug combo for over a decade, The National Twilight Sleep Association urged women to rise up against the "oppression of male doctors" who were withholding access to this apparent miracle.

The end of an insane era

Twilight Sleep eventually became unpopular when one of its main supporters, Francis Carmody, died after the birth of her third child while on the drug. Her husband and doctors insisted that it was not the drug that caused her death but the demand for the drug thankfully began to die down.

What do you think of Twilight Sleep? Have you heard of other strange birth practices? Send your comments to chatback@parent24.com.

We live in a world where facts and fiction get blurred
In times of uncertainty you need journalism you can trust. For only R75 per month, you have access to a world of in-depth analyses, investigative journalism, top opinions and a range of features. Journalism strengthens democracy. Invest in the future today.
Subscribe to News24
Related Links
What will my labour really be like?
100 amazing facts about pregnancy
Graphic but beautiful birth photos
Next on Parent24
Expert tips on how to time contractions during labour