How hard is baby kicking you in the ribs? 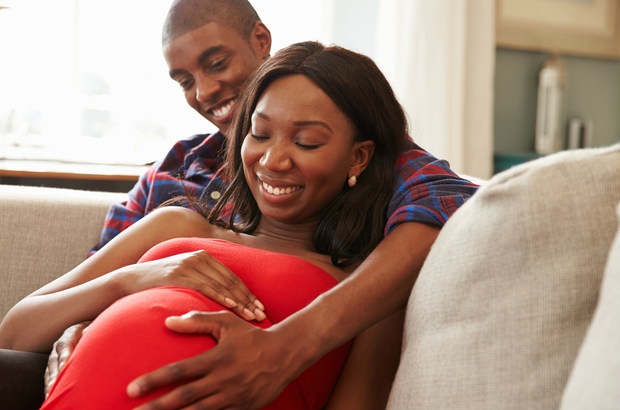 As far as pregnancy milestones go, feeling the baby kick is probably one of the most exciting. It's the first signal that the little human forming inside the womb has begun to find its feet (literally) and is making its presence known.

The whirlwind that is pregnancy becomes all the more real, not only to mom but to dad and extended family as well.

From tiny flutters and popping bubbles to full-on thumps and jabs, the range of sensations varies month to month and is unique to each pregnancy.

Generally, you can start feeling your baby move from around 20 weeks (in subsequent pregnancies you may recognise the sensation earlier). The kicks are at their strongest in week 32 of pregnancy, and begin to lessen as baby's growing body starts cramping up space in the uterus.

As thrilling as these movements are, they also play an important role in monitoring the health of a foetus, since a continued noticeable reduction of movement in the third trimester can be taken as a warning sign.

It is in this phase of pregnancy that mothers are advised to use the Count-to-10 chart, noting at least 10 movements (of about 6 kicks each) per day to ensure that everything is normal.

The kicks felt in the third trimester are said to more painful and uncomfortable. While in utero, babies land some pretty solid kicks and some moms feel them right in the ribs.

But just how impactful are those kicks?

Research conducted at the Imperial College London revealed just how strong baby can kick by using upgraded magnetic resonance imaging (MRI) technology, or cine-MRI scans, to measure the force of a foetal kick. It's the first time this movement has ever been measured.

The team of researchers found that between weeks 20 to 30, the force of the foetal kicks were 3 to nearly 5 kilograms of force. That's enough power to lift roughly 4.7 kilograms!

Tapering down due to a lack of space, the force of the kicks at weeks 30 to 35 were recorded as 1.7 kilograms of force.

The study revealed that kicks in the womb are to the developing foetus what physical exercise is to adults, fortifying the muscles and skeleton.

"The increasing strength shown by the foetus puts stress and strain on the skeleton, which helps the bones develop."

Puts a whole new perspective on those kicks, now doesn't it?

Did you experience some hectic kicks when you were pregnant? Share your story by emailing to chatback@parent24.com and we could publish your letter. Do let us know if you'd like to stay anonymous.

We live in a world where facts and fiction get blurred
In times of uncertainty you need journalism you can trust. For 14 free days, you can have access to a world of in-depth analyses, investigative journalism, top opinions and a range of features. Journalism strengthens democracy. Invest in the future today. Thereafter you will be billed R75 per month. You can cancel anytime and if you cancel within 14 days you won't be billed.
Subscribe to News24
Related Links
Understanding birth defects
How to time contractions
The womb world - The secret to a calm baby
Next on Parent24
100 amazing facts about pregnancy