Dry through the night 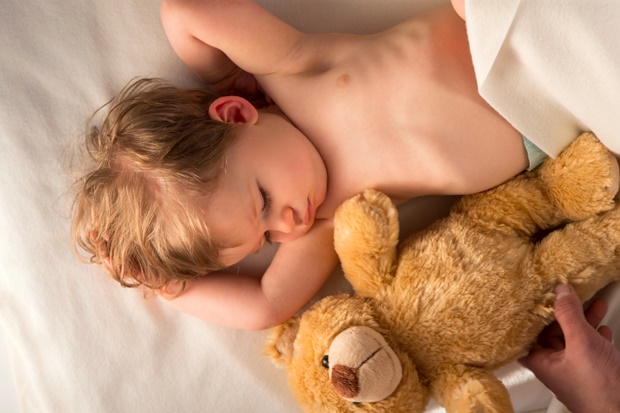 Most parents who’ve been through the process of night-time potty training with their children will tell you that this can be a messy and frustrating ordeal.

The reason why achieving dry nights can be such tricky business is because night-time dryness is not something that can be trained, but instead is a process that depends on each child’s developmental maturity. The good news is that most children will achieve dry nights sooner or later, and understanding the ins and outs of this developmental stage will make navigating the process a lot easier.

When is a good time to start?

Dr Errol Gottlich, a paediatric nephrologist at Morningside Clinic, explains that “every child achieves dryness at night in an individual way based on a developmental maturity that is specific to that child.”

Night-time dryness depends on certain physical attributes, such as bladder maturity, the production of anti-diuretic hormone and nerve conduction. The variation in age where the physical developments are established is large –some children can be dry as early as 18 months, whereas others may only achieve dry nights at age four.

Trying to force night-time dryness before your child’s developmental maturity is in place can not only put undue stress on her (because she may not be able to achieve what is expected of her), but can also be a source of frustration when you are woken at night to clean up accidents.

Dr Margaret Fockema from the Pelvic and Urotherapy Institute at Sunninghill Hospital advises parents to keep their children in nappies until they show clear signs of readiness. “This way your child sleeps through and your linen stays dry. Some children wee several times a night, in which case nobody’s going to get a decent night’s sleep. Interrupted sleep has adverse effects on parents and may even lead to behavioural problems in children,” she says.

Signs of readiness include your child being able to detect the urge to urinate during the day, asking to sleep without nappies or several successive dry morning nappies.

Although a child’s physical readiness is paramount to achieving dry nights, it is also crucial that she is willing to participate in the process. As Dr Fockema points out, “If your child is not emotionally ready you’ll just land up stressing them out. Often children will ask if they can sleep without a nappy, and you can make the suggestion by all means, but if they indicate that they don’t want to, then it would be best to leave it a while.”

Counselling psychologist Jade Paterson suggests talking children through the process thereby making them aware of what lies ahead. For instance, that there will be accidents and that this is normal. “It can be very empowering for children when you talk them through it, and involve them in the process in this way. You’re building up a scaffolding of sorts that prepares them for the experience of what might happen,” adds Paterson.

It’s understandable that parents aren’t always in total control of their emotions or actions when woken up in the middle of the night to strip a wet bed and engage in the clean-up action following an accident. Tina (36), mother of Kate (four), relates, “I find myself getting really grumpy when I have to wake up following an accident. I just want to say stuff like: ‘You’re not a baby anymore, you should get this by now!’ And then I feel really bad about it, because during the day I wouldn’t react like that.”

Paterson warns against punishing or criticising a child who is not achieving dry nights, as it can reinforce a sense of shame and guilt, and can be counterproductive. But she also assures parents that they “are human too, and sometimes they will react based on their needs or their feelings; they can repair that later on – that’s okay. It’s the overall experience of what the parents’ attitude was that will last.”

When things go backwards instead

It can happen that a child is dry for a while and then starts wetting the bed again. Occasional accidents can be considered a normal part of the process. Frequent bedwetting after having been dry for a while, however, may point to physical reasons such as chronic constipation, bladder infection, the onset of diabetes or other medical conditions and should get checked out by a doctor.

Dr Fockema points out that there is a misconception that bedwetting indicates psychological problems, which often leaves parents feeling guilty. “Although there is a small percentage of cases where bedwetting can be attributed to emotional causes, the usual emotional stress factors (like divorce or a new baby) have been found not to have such a big impact on the child as to induce bedwetting. In most cases a physiological reason can be found,” she says reassuringly.

Dos and don't for dry nights

What you do during the day influences what happens at night. Dr Fockema cautions against engaging in potty training practices that sees you taking your child to the toilet every two hours during the day, as this can create an overactive bladder that in turn influences night-time dryness.

“Although not all stimulants affect children equally, we also advise against eating and drinking substances that can irritate the bladder and cause it to contract,” says Dr Fockema. It is sensible to watch the intake of stimulants, especially in children that are dry but have accidents from time to time. Keep in mind that some substances will stay in the body for up to 48 hours.

The bulk of anxiety around night-time dryness is often actually caused by parents who are in a hurry to get their children out of nappies .Dr Gottlich says you should try not to stress about your child’s ability to achieve urinary dryness or compare your child to other children. Instead, he points out that a relaxed approach combined with positive reinforcement of your child’s willingness to achieve dryness will be a far more successful approach than an active programme to achieve dryness when a child is not ready.

We live in a world where facts and fiction get blurred
In times of uncertainty you need journalism you can trust. For 14 free days, you can have access to a world of in-depth analyses, investigative journalism, top opinions and a range of features. Journalism strengthens democracy. Invest in the future today. Thereafter you will be billed R75 per month. You can cancel anytime and if you cancel within 14 days you won't be billed.
Subscribe to News24
Related Links
Print it: Potty Training Chart
10 top potty training tips
Next on Parent24
WATCH | Girl with uncombable hair syndrome learns to love unruly locks