P is for Pterodactyl: The Worst Alphabet Book Ever

Written by Raj Haldar (AKA rapper Lushlife) and Chris Carpenter, P Is for Pterodactyl: The Worst Alphabet Book Ever is illustrated by Maria Beddia and marketed as "a hilarious alphabet instruction book".

The creative children's book lists 26 of the English language's odd spelling and grammatical rules, including examples within sentences.

Author Chris told Bored Panda that he believes that kids are about as smart as adults, but without the wisdom or communication skills to fully demonstrate it.

He said that adults tend to underestimate children when they present an overly simplified version of the world in teaching certain subjects.

It can be enormously frustrating, for example, to have a particular set of spelling rules drilled into one’s head, only to discover later that “I before E” is a giant conspiracy, he explained.

He agrees that teaching the basics is important too, but asks why not hint at a more complete picture from a relatively early stage, and trust that our kids can handle it?

In a Takealot review, reader Adam sums it up: "It's as brilliantly awful as advertised. Totally worth it." 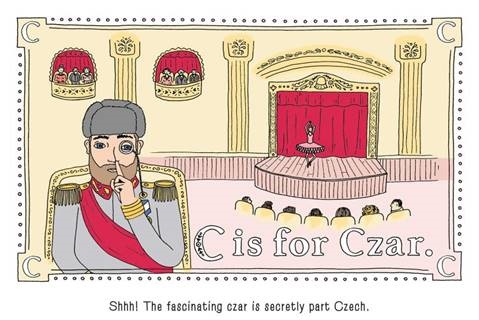 P Is for Pterodactyl: The Worst Alphabet Book Ever  is available on Takealot.

We live in a world where facts and fiction get blurred
In times of uncertainty you need journalism you can trust. For only R75 per month, you have access to a world of in-depth analyses, investigative journalism, top opinions and a range of features. Journalism strengthens democracy. Invest in the future today.
Subscribe to News24
Related Links
Teach your kids about African history with these locally produced books
Why rhyming matters for young readers
7 favourite books for connecting with your preschooler
Next on Parent24
It's Storytime! READ: I'm the Colour of Honey (Available for download in English, isiXhosa and isiZulu)