7 lesser-known coming of age rituals around the world 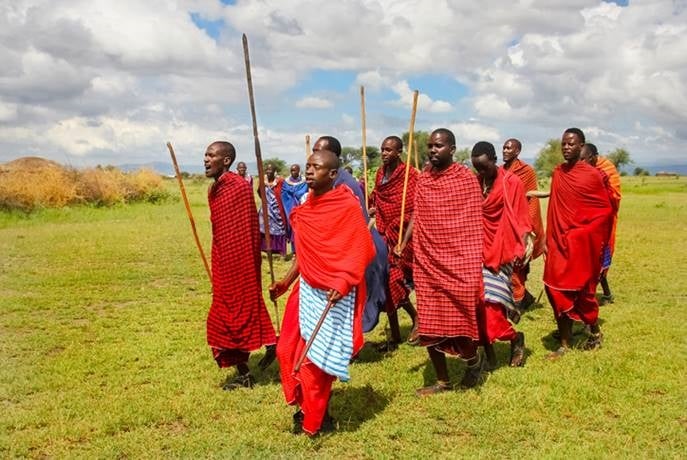 The Mentawai tribe of Indonesia have a coming of age ritual in which young girls of the tribe get their teeth sharpened.

All around the world, we have different rituals and celebrations to mark 'coming of age'. They're often linked to religion, like the Jewish bar/bat mitzvahs or the Christian Holy Communion, or they can be linked to a culture like South-America's quinceañeras (special 15th birthday for girls) or simply going for your first legal drink of alcohol.

Symbolising the transition into manhood and womanhood, the initiation practices of ulwaluko, lebollo and umemulo are well familiar in South Africa.

We thought we'd explore some of the lesser-known coming-of-age rituals around the world. From gruelling physical tests to symbolic gestures and hedonistic sprees, different cultures mark the transition to adulthood in some very interesting ways.

What is your family's way of celebrating teens' entrance to adulthood? Tell us by emailing chatback@parent24.com and we could publish your letter. 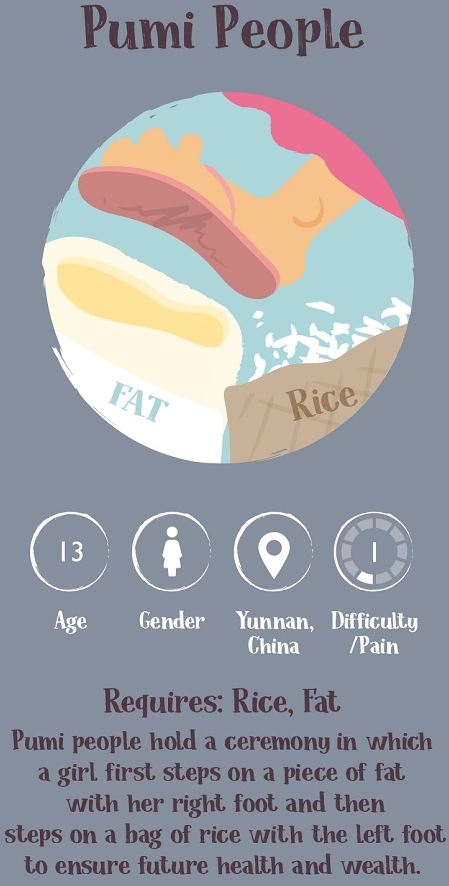 We're going to kick things off with a nice, symbolic coming of age ritual. The Pumi people of Yunnan, China, observe a ritual where young girls will step on a bag of fat with their right foot and a bag of rice with their left. This is to ensure future health and wealth.

The culture of the Pumi people is closely linked to Tibetan Buddhism and they are one of over 50 ethnic groups recognised in China. This ritual is similar to a child being confirmed in Christianity. It's symbolic, and it's an excuse to bring families together and celebrate. As you'll see, this is by far the tamest one we'll look at.

The Amish tradition of Rumspringa has been depicted in movies and on TV many times and is one of the few widely known Amish traditions. The Amish people are mostly situated in the Northeast of the USA and are known for rejecting the trappings of modern life.

They'll use traditional agricultural methods, travel by horse and carriage, wear traditional clothing, won't use electricity, and so on. They do this for a simple and fair reason. They believe that by upholding their traditional ways, they keep their community alive and strong.

Rumspringa refers to the practice whereby younger members of the religion will go and 'live with the English'. This can be over a period of two years. In this time, they can wear modern clothes, drive cars, drink alcohol, and fully immerse themselves in modern life and culture.

Once their time with the English is up, it is up to them to decide whether to devote their life to their religion. It is estimated roughly 80% of young Amish return.

The cow-jumping ceremony of the Hamar people has been well-publicised. The Hamar tribe are from Ethiopia, where human life is thought to have begun. The Hamar practise a tradition whereby they initiate the boys of the tribe into manhood by making them jump over a row of bulls four times in a three-day coming-of-age ritual.

Many ceremonies surround the event and it's another great excuse to bring people together to celebrate each other. The boy must do this ritual if he is to marry in the tribe and join the upper ranks. The Mentawai tribe of Indonesia have a coming-of-age ritual in which young girls of the tribe get their teeth sharpened. Using a chisel, no anaesthetic and some elbow grease, the young girls go through this ritual as sharp teeth is seen as a sign of beauty in their culture.

It may sound crazy to you, but is it any crazier than the beauty standards we uphold? The girls of this tribe are happy to get this done and afterwards it has them feeling attractive and confident. Is it any more barbaric than injecting acid into your lips?

Lots of coming-of-age rituals tend to focus on boys becoming men, but for the Apache, they have a four-day ceremony which marks the coming of age of girls of the tribe. The Apache is a nation of Native American tribes and their sunrise ceremony involves reenacting the story of one of their legends, the 'White Painted Woman'.

It involves four days of praying, dancing, running, singing and chanting. The girls are covered in pollen and over the course of the four days, they are said to gain healing powers. It helps them understand their own strength and the nature of their mystic powers as women, while the shared experience helps solidify the bond they have as a community of people.

Don't be fooled by the disarming name. The Walkabout is a very intense ritual. Aboriginal tribes in Australia will send their boys on a 'long walk' by themselves. This can take over 6 months and encompasses more than 1,000 miles. After years of imparting knowledge onto the boys, when it is decided that they are ready to undertake the journey, they are sent on their Walkabout.

By far the most gruelling and painful ritual of the lot is the coming-of-age ritual of the Satere-Mawe tribe of the Brazilian Amazon. When the boys are 13, they are taken to harvest bullet ants, which have big stingers, and these ants are then woven into gloves with their stingers facing inwards. The boys must wear these gloves 20 times in 10-minute sittings.

Wondering why this is so brutal? Bullet ants earned their name because their sting is as painful as being shot with a real bullet. The boys must show no weakness and, believe it or not, the vast majority of the boys wear these gloves without crying or showing signs of weakness. It's gruelling for sure, but this level of strength and stamina is essential to survive in the jungle.

As you can see, the transition to adulthood is a big deal all over the world. From Amazonian tribes to traditionalist Christians, almost every culture has a ritual or ceremony to celebrate coming of age. Physical and mental endurance aside, all of these rituals have one thing in common: they're all celebrations. Even if you've put yourself through hell, it's a life lesson and the shared experiences bring people closer together.

This article was originally published on Vanilla Reindeer, and published here with kind permission. Read the original article here: Coming of age rituals around the world.

What are some of the lesser-known cultural rituals in South Africa? Tell us by emailing to chatback@parent24.com and we could publish your letter.

We live in a world where facts and fiction get blurred
In times of uncertainty you need journalism you can trust. For only R75 per month, you have access to a world of in-depth analyses, investigative journalism, top opinions and a range of features. Journalism strengthens democracy. Invest in the future today.
Subscribe to News24
Related Links
“They told me, ‘You’re giving birth like a pig, like a guinea pig’” – A mom’s fight for justice
Best of young adult fiction: 5 classic and revolutionary reads for 2018
"The baddies have foreign accents" and other things our kids learn from watching TV
Next on Parent24
Is my teen lying to me?