This is the fourth installment in our Period Series. This series aims to help teens understand the changes that they're going through without feeling ashamed. We'll try to dispel all the myths that your teen may read or hear and help them better understand that menstruation affects everyone and is a natural part of growing up. 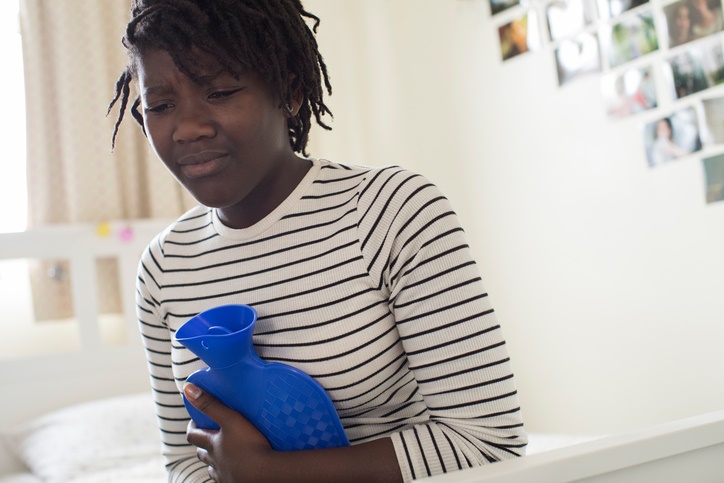 Take a deep breath. Clear your throat and repeat after me:

In your journey to womanhood, you will learn that women tend to be at the bottom of the social food chain, so you’ll have to learn to speak up. Speak up for all the unfair stuff you know you experience because of your gender, you will be heard!

Never be ashamed of your period.

We’ve all had a few period malfunctions and life carries on. You may be embarrassed that your teacher thought you and your best friend were passing notes but you were actually passing each other a pad or tampon, it may have leaked on your school tunic and you had to walk around with a wet patch during first break, or you may have bled on your best friend’s sheets during a sleepover. You’re not the only one, sweetie.

Let’s toast to the rise of feminism in the last few years! Finally issues surrounding womxn are being addressed. Did you know that in South Africa, 3.7 million girls miss school every month because they cannot afford or have access to sanitary products? Sanitary products are taxed up to 14% in South Africa; that’s because these are classified as luxury or non-essential items. Because we obviously choose to bleed from our vaginas every month.

Also read: 'I use a sock as a sanitary pad'

Have you ever considered what it’s like for homeless women when they’re menstruating? They too are people and deserve access to basic health care and products such as sanitary pads or tampons.

When you cannot afford or access sanitary hygiene products, it becomes a health risk. Some will use old rags or tissue while they’re menstruating to avoid risk of bleeding on their clothing and being shunned and embarrassed. As someone who once had to use tissue during a major period emergency, I can tell you that using stuff other than proper sanitary products is not a vibe.

Also read: 10 myths about periods that you may still believe

There’s also still a lot of negative stigma and shame surrounding periods and period blood. Just think of the amount of times you try and avoid using the words "menstruation" and "period". Then, try and think about the times you’ve been brave enough to say the word "period" or ask for a pad in public – and the reactions you get. It’s ridiculous that in 2018, people still think it’s a taboo subject.

I once knew a boy who thought period blood was blue because of the blue liquid that’s used in advertisements. That’s because we don’t talk about this natural occurrence enough!

In 1928, Johnson & Johnson featured an advertisement for the silent purchasing of coupons for sanitary pads so women wouldn’t have to be embarrassed for asking for pads aloud in stores.

Sanitary products were only advertised on TV in 1972, but the word ‘period’ was only mentioned on TV in 1985.

In August 2017, a 12-year-old Indian girl committed suicide after her teacher shamed her for getting period blood on her uniform. According to reports, the teacher asked her to leave the class because of this. This is why menstruation is a social justice issue that should affect everyone.

In many cultures, women are expected to eventually become mothers. However, without proper sanitary healthcare, most women may encounter infections that could lead to infertility. These women will then become shamed in their communities because they cannot bare children.

Also read: INFOGRAPHIC: Which menstruation product is the best for you?

When we know better, we do better. If we continue to have conversations like these, not only will we start becoming comfortable about our periods or other changes in our bodies – but we could help save lives.

I know these are some serious topics, but we have to talk about them so we start changing the way people perceive menstruation. No young girl should ever feel ashamed about what their body naturally does. After all, it’s just blood.

Check out these amazing organisations if you want to donate sanitary products.

Do you think menstruation is a social justice issue? Share your thoughts and comments at chatback@parent24.com.