Think about parental control for smartphones 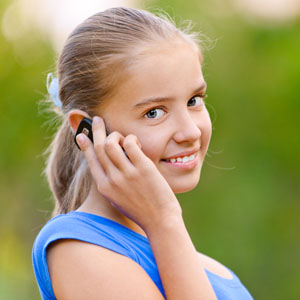 With growing numbers of children owning or having access to smartphones and tablets, it is becoming increasingly important that parents both understand their children's online lifestyles and protect them from danger, in the same way they do on their computers. According to Pew Internet, 23% of 12 to 17-year-olds have a smartphone and of these, 92% had gone online in the last month and 91% use social networking sites. However, according to a YouGov survey, only 13% of children have security settings installed on their smartphones. What's more, the study revealed that a third of 14-15 year olds (and 21% of children overall) have accessed inappropriate websites via their mobile phones.

As well as accessing adult and inappropriate content, other dangers include cyberbullying – according to the Anti-Bullying Alliance, up to 40% of children have been bullied online; sexting; giving away personal information; staying up too late using their smartphone; and losing an expensive phone containing private information.

Mobile safety and security companies have developed a parental control services for smartphones and tablets. For example, MobiFlock My Child is a service which gives parents visibility over their child's mobile device use as well as the ability to protect them from harm, either through discussing potentially dangerous activity with their child or by blocking certain contacts, content and activities. Parents can also limit phone use via a timetable, locate the child or phone if they go missing, and block or delete a stolen phone.

Here are some stats which indicate the extent to which our kids are influenced by their cell phones:

It is important not to remove all of the fun in having a smartphone, especially since most kids own, or will own, one. As a parent you can choose which restrictions are appropriate for your child, and then relax these as your child displays the maturity to cope with more responsibility.

Help your kid enjoy technology, and give yourself a little peace of mind.

We live in a world where facts and fiction get blurred
In times of uncertainty you need journalism you can trust. For only R75 per month, you have access to a world of in-depth analyses, investigative journalism, top opinions and a range of features. Journalism strengthens democracy. Invest in the future today.
Subscribe to News24
Related Links
Is your child’s cell phone a secret weapon?
Cellphone parenting
Are you worried about your cellphone-using teen?
Next on Parent24
Tell parents to try harder to be there for their teens says mom who lost her daughter to suicide