Help! I was cyber bullied! 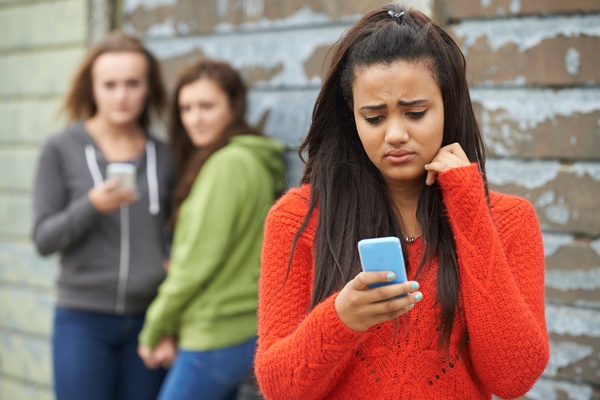 Last week a Matric student wrote in to us detailing how he had been cyber bullied in a school WhatsApp group. Clinical psychologist, Catherine Radloff responds and speaks about cyber bullying in schools.

I was cyber bullied

I am an 18 years old matric currently writing preliminary exams in Soweto, Gauteng.

Last year(2015) towards the end of November I was cyber bullied by my classmates in a WhatsApp group chat that was created to share information about home work, class work and assignments.

The group of classmates were lead by an ex-friend that I am in a scholarship(ERF) with, I really trusted her but at that time I was angry at her because she doubted my capabilities of passing Physics by making a sarcastic remark during a Physics lesson and it really entertained the other mentees.

In the group chat I was called names like a diva and I was referred to as GC which is an actor that plays a homosexual role on Uzalo SABC1. They were just piling on whatever she would say and they would send pictures for illustrations.

I was really hurt and didn't know how I could go back to school and face them. When I got an opportunity of being alone after the incident I tried to kill myself.

I believed that my right to dignity was obstructed(defamation  of character).

The only person that I told about the incident was my mother, she told me that a wise man ignores, so I also pretended like nothing happened but the tension between the "lead girl" and me become stronger.

At the beginning of the year a mentor in ERF forced us to speak and work together since we were now seniors, but I wasn't ready the thought of me talking to her made me cry, it made me very angry. So I threatened with legal action not even knowing where I would start to open a case. In that the school got involved and they called both parents for a meeting and they managed to get both parents to agree because they said that it would destroy her future and things like that. Since then I have felt like I didn't have the support from my mother and the school.

I am still hurting and I haven't gotten over it. I wish there was a way to reprimand bullies. I am forever emotionally scared.

Cyber bullying is one of the most serious consequences of children’s often unlimited and unmonitored access to electronic communication technology. It has also drastically changed the way in which children communicate as it makes it easier for them to lose their self-restraint and to act in ways they would not in face-to- face interactions.

The psychological impact of cyber bullying is profound due the extreme public nature thereof and the fact that it can be perpetrated 24/7. Cyber bullying may result in victims suffering from anxiety and depression and, in extreme cases, may lead to suicide or suicide attempts.

South Africa does not currently have specific legislation dealing with cyber bullying and victims have to rely on fragmented pieces of criminal and civil law. The Protection from Harassment Act may be useful in some cases, but it is a huge problem to apply this act to children who are not psychologically mature and who may, as a result, not fully understand the gravity of their actions. Legal procedures may also be time-consuming and costly and could cause additional trauma to the victims.

Cyber bullying should be handled at grass root level .Cyber safety and awareness about cyber bullying should form part of the school curriculum. The Department of Basic Education should ensure that schools have clear policies on how to deal with such incidents.

In the case of the learner who sent the letter in, he felt betrayed by both the school and his mother, as protection was offered to the bully rather than the victim, thereby accentuating his sense of helplessness and humiliation. Serious and specific consequences for cyber bullying needs to be made a part of every school’s disciplinary policy.

Parents and teachers should also be educated about cyber safety. Finally, it is essential that counselling services are made available to victims. South African schools are profoundly lacking when it comes to providing for the psychological needs of our students. This is something that needs to be urgently addressed at the highest level to ensure the psychological safety and security of our children.
Has your child been cyber bullied by school mates? How did the school deal with it? Send us your stories or thoughts to chatback@parent24.com.
We live in a world where facts and fiction get blurred
In times of uncertainty you need journalism you can trust. For 14 free days, you can have access to a world of in-depth analyses, investigative journalism, top opinions and a range of features. Journalism strengthens democracy. Invest in the future today. Thereafter you will be billed R75 per month. You can cancel anytime and if you cancel within 14 days you won't be billed.
Subscribe to News24
Related Links
Is your child a cyber bully?
‘I’ll hunt you down and kill you... on Facebook’
Rules for kids online
Next on Parent24
Only 9% of teens exercised regularly during lockdown. Here's how to get your child moving again